Martial-arts, action-movie superstar Jean-Claude Van Damme plays “Ben Archer”, an ex-mob enforcer who moves from France to LA in order to spend some time with his family.

Alongside movie martial artists Bruce Lee, Jackie Chan and Jet Li, Jean-Claude Van Damme ranks as having inspired tens of thousands of fans around the world to take an interest in martial arts training and films.

Coming to the attention of martial arts movie fans in films such as “No Retreat No Surrender” and “Black Eagle”, his breakout role in “Bloodsport” led to him becoming one of the biggest action stars of the early 1990’s. As a headline star, his theatrical box office success peaked with 1994’s “Timecop”. Well-publicised personal problems combined with the lacklustre critical or financial performances of movies such as “Streetfighter: The Movie”, “Replicant” and “Knock Off”, saw much of his subsequent work go “straight-to-video”.

By the new millennium, Van Damme appeared to have more control over his demons, remarried his third wife Gladys Portugues, and was even starting to garner critical praise as a dramatic actor for his performance in the film “JCVD”. He continues to be a hugely influential figure in the worlds of martial arts and movies, and has even revisited his previous hits in the “Kickboxer” reboots and “Universal Soldier” sequels.

Archer is taking no prisoners

A war is triggered

His exceptional physical skills saw him break into the film business in 1980 as an actor and fight choreographer for “The Fiendish Plot of Dr. Fu Manchu” starring Peter Sellers.

Following his work as a trainer for actor Christopher Lambert on “Greystoke: The Legend of Tarzan, Lord of the Apes” and Jonathan Ke Huy Quan for “Indiana Jones and the Temple of Doom”, Tan was inducted as a member of The British Stunt Register. He has since worked on blockbusters such as “Batman”, “Tango & Cash”, “Demolition Man”, “The Perfect Weapon”, “Showdown in Little Tokyo”, and “Lethal Weapon 4” to name but a few.

A bombastic mix of explosions guns blades and martial arts

After years as a mob enforcer, Ben Archer moves from Marseille to Los Angeles and decides to clean up his act so he can spend more time with his wife Cynthia, and son Nicholas. Cynthia is a social worker with the Immigration Service, helping to process illegal Chinese immigrants. When a ship full of immigrants from Hong Kong is intercepted, she discovers a young girl named Kim, the daughter of Triad Boss Sun Quan.

Fearing Kim is in grave danger, against regulations, Cynthia brings her home, inadvertently triggering a gang war and a subsequent tragic chain of events.

Blinded by rage, Ben joins forces with his old underworld friends, embarking on a bloody vendetta to punish the Chinese Triad gang for their actions as well as save his kidnapped son.

The movie opens with some very impressive car stunts with a very serious looking Jean-Claude Van Damme sandwiching his speeding car between the bad guys’ pick up and an articulated truck. 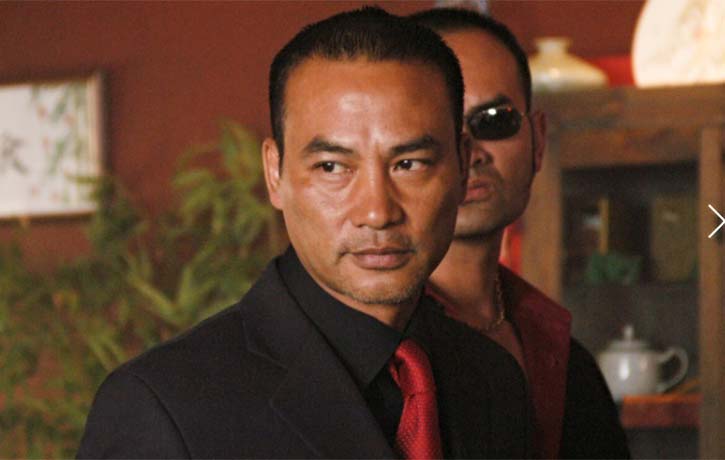 On a bloody vendetta

Simon Yam is shortly introduced as the sinister villain Sun Quan, looking appropriately focussed whilst he performs a tai chi style form on a sunlit balcony.

Van Damme’s first encounter with Philip Tan, catches him on the back foot. The surprise attack in his home, forces Archer to evade Han’s deadly katana strikes, as he slices up the furniture in a frantic yet tense action sequence. A raid on a brothel features an exciting cocktail of guns and kung fu, with Archer and Tony taking no prisoners.

Following an impressive motorcycle pursuit in a shopping mall, the action comes full circle to reveal how Archer ended up in the movie’s explosive opening car chase.

The Finale: A Bombastic, Explosive Rage of Martial-Arts & Weapons!

The finale is a bombastic mix of explosions, guns, blades and martial arts. Van Damme absolutely rages through the numerous henchmen on his way to an inevitable showdown with Simon Yam. An additional highlight is a brutal knife fight between Tony and Han whilst Archer attempts to rescue his son.

A lot of the filming and editing style in this film tends to look dated, even by 2004 standards, coming across like an eighties John Woo movie. At one point, Van Damme even runs around firing pistols in each hand Chow Yun Fat-style! This is not such a bad thing, and the production value overall is good, looking more Hollywood than Hong Kong for the most part.

There isn’t a great deal of Van Damme’s high-kicking style in the fights, with the majority of the action featuring gunplay, chases and some strong, bloody violence. The pacing is also a little off between the action scenes. However, the action is very well presented and we are getting “A Grade” JCVD in his performance.

Wake of Death is a thrilling vengeance movie

Coming a couple of years after a troubled period in his life, a short-haired Jean-Claude Van Damme looks lean and mean and in good health in this film. His acting is much more mature and natural, preceding his acclaimed performance in 2008’s “JCVD” by some four years.

In fact, I would go as far as to say that “Wake of Death” features one of Van Damme’s best dramatic performances. The ever-dependable Simon Yam is also absolutely chilling as a ruthless Triad boss.

He is ably supported by British star Tom Wu, who delivers every scene as a young and dangerous gangster with real swagger. Philip Tan looks appropriately psychotic as a violent Triad enforcer, whilst Danny Keogh is excellent as the corrupt INS agent.

With great performances across the board, a little tightening of the action, by-the-numbers plot and pacing could have put this up there with the best of Van Damme’s filmography.

As it stands, “Wake of Death” is a thrilling vengeance movie powered by one of Van Damme’s best performances. 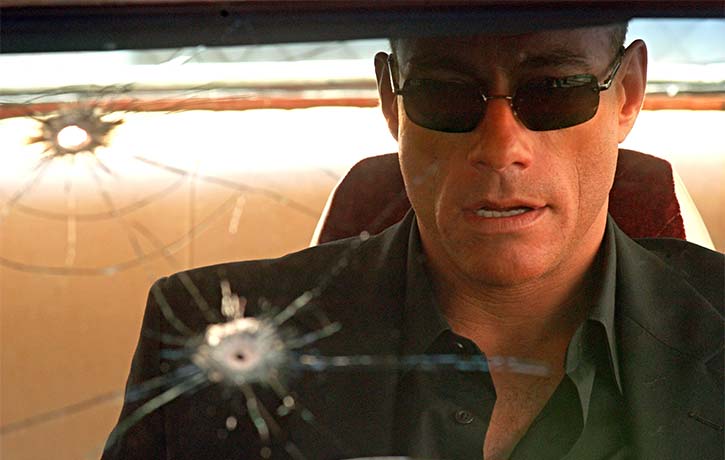 Get “Wake of Death” on thrilling Blu-ray, now!

THIS EASTER MONDAY…care to REFLECT a moment on your RESURRECTION in the WAKE OF DEATH?

KNOCK, SEEK, and FIND more reasons to be grateful in the FUniverse along with JCVD’s Top 10 Fight Scenes, more Top 10’s, Top 5’s, exclusive interviews, WAKE UP YOUR hidden POTENTIAL IN KFK WEAR, and subscribe for all sorts of transFUmative fight action on YouTube!