Used to stretching out his legs in splits, movie superstar Jean-Claude Van Damme stretches out his performance, playing both hero and villain, as the titular “Replicant”, and psychotic killer “Edward “the Torch” Garrotte / Luc Savard”.

Alongside movie martial artists Bruce Lee, Jackie Chan and Jet Li, Jean-Claude Van Damme ranks as having inspired tens of thousands of fans around the world to take an interest in martial arts training and films. Coming to the attention of martial arts movie fans in films such as “No Retreat No Surrender” and “Black Eagle”, his breakout role in “Bloodsport” led to him becoming one of the biggest action stars of the early 1990s.

As a headline star, his theatrical box office success peaked with 1994’s “Timecop”. Well-publicised personal problems combined with the lacklustre critical or financial performances of movies such as “Streetfighter: The Movie”, “Double Team” and “Knock Off”, saw much of his subsequent work go “straight-to-video”. By the new millennium, Van Damme appeared to have more control over his demons, remarried his third wife Gladys Portugues, and was even starting to garner critical praise as a dramatic actor for his performance in the film “JCVD”. 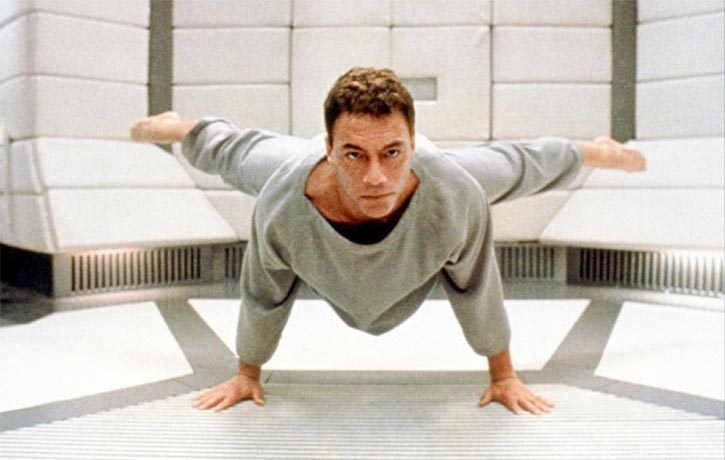 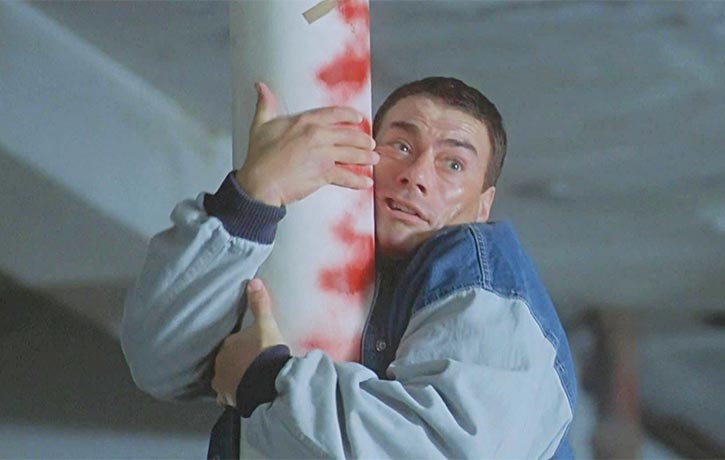 He continues to be a hugely influential figure in the worlds of martial arts and movies, and has even revisited his previous hits in the “Kickboxer” reboots and “Universal Soldier” sequels.

Hollywood star Michael Rooker co-stars as “Jake Riley”, a detective who has been trying to stop The Torch’s killing spree for three years. Rooker became a hot property with his widely-praised leading role in “Henry: Portrait of a Serial Killer”. Following a small role in Steven Seagal’s “Above the Law”, he has built a solid career as a dependable actor in films such as “Mississippi Burning”, “JFK”, “Days of Thunder”, “Cliffhanger”, “Tombstone” and “The Replacement Killers”. In recent years he has developed a cult following as “Yondu” in Marvel’s smash hit “Guardians of the Galaxy” movies.

Best known for her role of Danielle “Danny” Sofer in the hit television series “The Shield”, Catherine Dent stars as “Angie”, a Seattle detective who helps Jake to track down The Torch. In recent years, Dent has appeared as General Hale in the popular television series “Agents of S.H.I.E.L.D.”.

A deranged serial killer is on the loose and only one man can catch him! Garrotte aka “The Torch” is being tracked by veteran police detective Jake Riley to no avail. Each time Jake gets one step closer to Garotte, another victim surfaces.

Tormented by the insane killer, Jake quits the police force and joins a special agency in a top secret mission to eliminate Garrote. As part of Jake’s new assignment, he is teamed with a Replicant cloned from Garotte’s DNA.

In a race against time Jake must learn to trust the mind of the one person he has been trained to kill and control the thoughts of a madman he cannot stop. 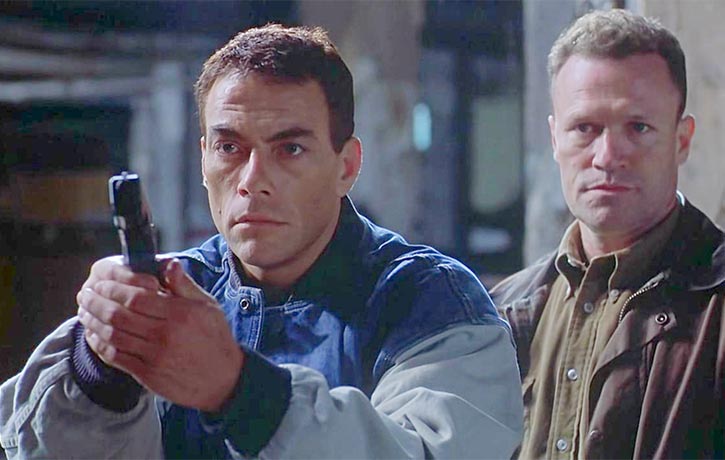 The movie opens with a very creepy Van Damme as a psychotic serial killer known as “The Torch”. Nursery rhymes have never sounded so unsettling! Interrupted at his latest victim’s apartment, it’s actually Michael Rooker who leads the action as he chases his quarry across the night time Seattle streets. The first hints of the Hong Kong movie-making influence of director Ringo Lam comes with some great stunt work as The Torch attacks Detective Riley with a car!

Jean-Claude’s introduction as the Replicant features a short but impressive display of gymnastics skills, although he is obviously doubled for some of it. Nonetheless, JCVD is in fine form as he straddles out of a handstand into his trademark splits. The pay off is to include these skills in the subsequent action scenes.

It is as The Torch though that fans of Van Damme’s high-kicking style will mostly be entertained, with the naive Replicant initially limited in his fighting skills. A fight in a kitchen and later a bar, give villainous Van Damme the opportunity to ply his familiar mode of combat. 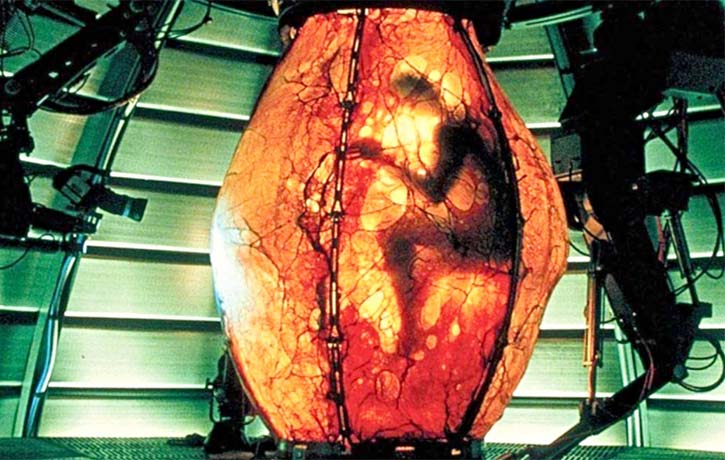 DNA cloning process of The Torch

The childlike replicant is limited in his fighting and social skills

The level of danger to the stunt team is cranked up to maximum as an ambulance smashes its way through a multi-storey car park. The inch-perfect timing of the stunt performers, as Riley clings to the side of the marauding vehicle, keeps the viewer on the edge of their seat.

Jean-Claude Van Damme is no stranger to playing dual roles in movies, having done so in “Double Impact”, “Timecop” and “Maximum Risk”. He could easily have reverted to a simple, black and white, “good Jean-Claude vs bad Van Damme”. Instead he imbues his two individual performances with slightly more depth.

Perhaps myth-busting that playing bad guys is more fun, his performance as the childlike replicant, who is initially treated literally like a dog, is the more impressive one. It’s not Dustin Hoffman in “Rain Man”, but a little more three-dimensional than you might expect for a movie of this type. Not that he isn’t convincing as a psycho-killer, albeit a rather cliched one!

The always dependable Michael Rooker is a great foil for both of JCVD’s characters, who does his best with the B-movie script and acquits himself well in the action scenes.

Extra features in this limited edition release from 88 Films, include an older promotional interview with star Van Damme discussing his movies “Nowhere to Run”, “Maximum Risk”, “Double Team”, “Knock Off”, and “Desert Heat”. He also hints at emerging from a troubled part of his life and getting his career back on track.

For those of you interested in the art of filmmaking, there is a fascinating and informative brand new conversation with cinematographer Mike Southon. Audio options include a detailed commentary by film journalists Matty Budrewicz and Dave Wain.

They are complimentary of Van Damme, without shying away from some of the demons that clouded his career throughout the 1990’s. It’s all beautifully packaged including an A3 poster and a booklet, featuring candid interviews about the making of “Replicant” with screenwriter Lawrence Riggins and camera operator Ross Clarkson. 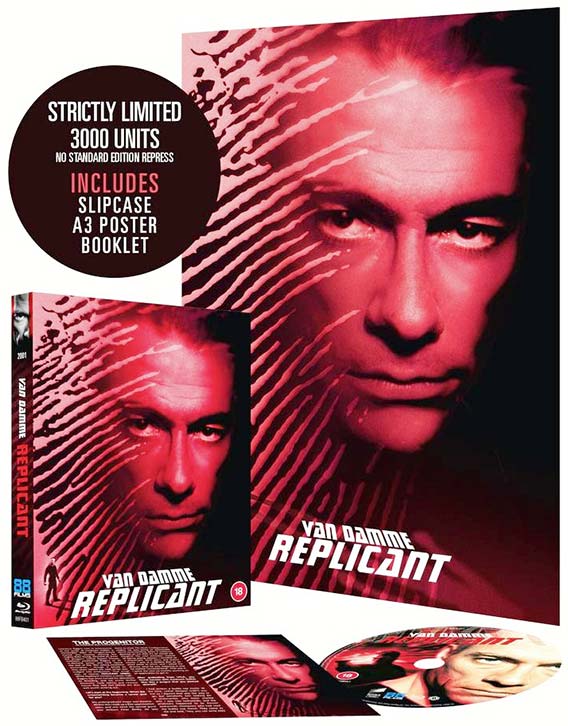 REPLICANT is OUT NOW and limited to just 3000 numbered special editions, so order your copy via 88 Films or Amazon!

Do you remember “REPLICANT” from 20 years back? Which Jean-Claude Van Damme movies do you rank as among your faves? Which titles would you want to see get the TLC Blu-ray treatment? Let us know in the comments below; Like, share and join in the conversation on Facebook and follow us on Twitter & Instagram!

VISIT YOUR ‘OTHER HALF’ in the FU-niversity of these Top 5’s, Top 10’s, deep-dive interviews, REPLICATE your skills whilst training in KFK OFFICIAL gear and subscribe for more thrilling-chilling non-duplicate action on YouTube!