So, 2004 came and went, and we’re still waiting for time-travel to become a reality some fourteen years later? It would seem that, like “Back to the Future Part II”, “Timecop” made us a lot of empty promises about what the future had in store for mankind! Joking aside, now a rather nitpick-able vision of the future notwithstanding, 1994’s “Timecop” is an enthralling, “Terminator”-esque sci-fi action thriller anchored by the directorial talents of Peter Hyams and the charisma of its leading man.

In the year 1994, the development of time-travel leads to the formation of the Time Enforcement Commission, with the aim of preventing illicit time-travellers from altering the past and potentially unleashing cataclysmic consequences in the future. Fast forward to 2004, and former Washington D.C. police officer Max Walker now works as a TEC agent, with his dedication to the organization’s mission stopping him from going back to 1994 to prevent the murder of his wife, Melissa. 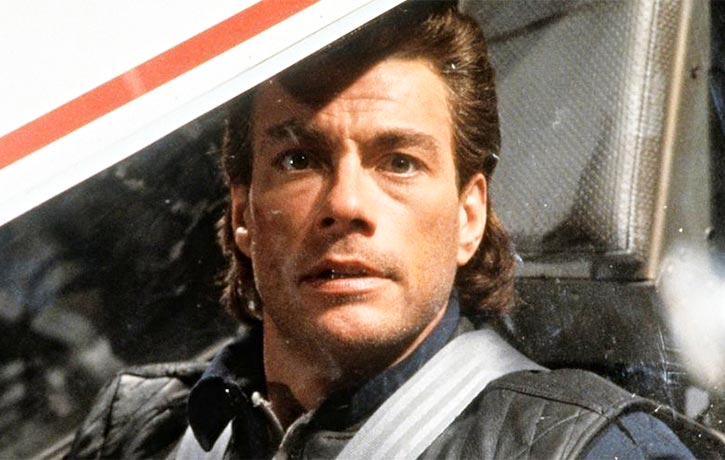 Timecop to the time machine

After busting his former partner, Lyle Atwood, for travelling back to launder money in 1929, Walker learns that Atwood was working for Senator Aaron McComb, who has been financing his Presidential campaign by sending associates back in time to steal money. With his new partner, Agent Sarah Fielding, Walker heads back to 1994 to put a stop to McComb’s time-travelling heist, and before long, uncovers the dark truth behind his late wife’s murder.

Indeed, thinking about the logical implications of time-travel raised by “Timecop” is arguably even more paradoxical and intellectually maddening than those raised by Skynet. “Timecop” not only involves far more zig-zagging from the past to present and vice-versa, but also just as intimately plays with the idea of the present as we know it already being the result of changes to the past, with said changes being even more complicated by further trips to the past. I, for one, am not about to lose any more sleep thinking over the time paradoxes of the birth of John Connor any more than I am the time-travelling machinations of Senator Aaron McComb, so as with any time-travel movie, it’s best to just sit back and enjoy the ride with “Timecop”.

Can you do this 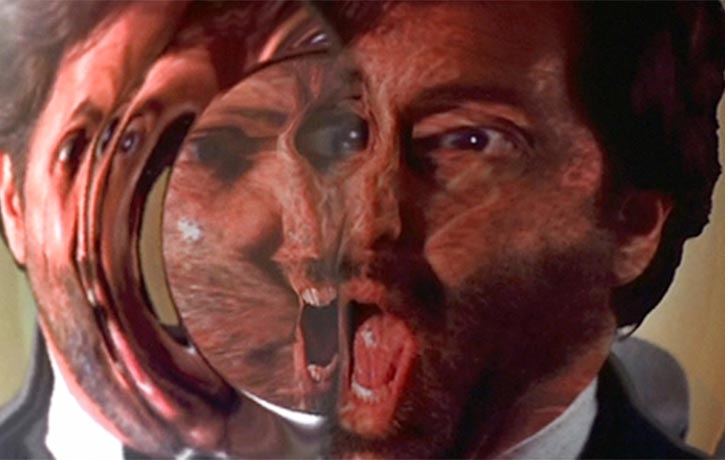 Ron Silver all but steals the film with his performance as the conniving Senator McComb, played by Silver as the quintessential slimy politician, and an extremely potty-mouthed one, at that (he single-handedly drops about ninety-percent of the f-bombs in the film). His first meeting with Walker at TEC headquarters is a deliciously veiled verbal sparring-match between a law-enforcement officer who knows he’s got his man right in front of him, and a bad guy daring him to make his move in front his superiors. McComb may be the kind of villain who lets his henchmen do all the heavy-lifting, but that doesn’t stop him from emerging as one of the most memorable, and quotable, villains to ever appear in a Van Damme movie.

The action sequences in “Timecop” are a tad more traditional than in something like “Bloodsport”, but audiences will nevertheless walk away feeling like they’ve gotten their money’s worth. Max’s first real display of his physical abilities comes not in an actual fight sequence, but in him casually holding the foot to a purse-snatcher’s face to get him to return the stolen item (the purse snatcher has a second encounter with Walker’s older self later in probably the film’s biggest laugh). The film also takes full advantage of Van Damme’s fame as the king of splits in two different fight sequences, the latter coming during an attack on Walker’s apartment by a pair of McComb’s hitmen that’s one of the more electrifying moments of Van Damme’s career in the early nineties. 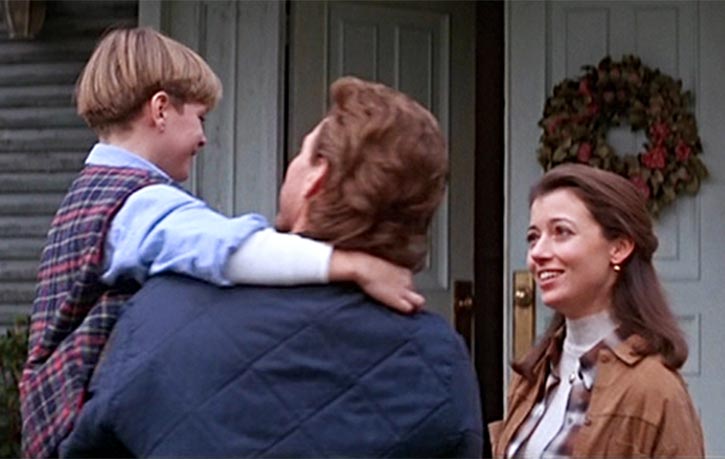 Timecop under the gun

Walker’s battle with McComb’s henchmen in a vacant warehouse is also one of the film’s action highlights, with one of McComb’s henchmen suffering a particularly eye-catching end. The climax at Walker’s and Melissa’s 1994 house is a little more complicated. While the film has lots of fun playing with the Walker of 1994 and 2004 both battling off McComb’s gang, while the latter tries to keep his presence hidden from the former, the gimmick of having the villains kill the power in the house means that the viewer is essentially watching Walker fighting his enemies in silhouette. However, it still carries the film out on a high note, with Walker having a particularly satisfying second encounter with one of his wife’s former killers, ten years after the fact.

With a hard-hitting, rocking performance from Jean-Claude Van Damme and a delightfully slimy villainous turn from Ron Silver, “Timecop” is a fun and engaging sci-fi thriller. The effects are a little on the dated side now, and it goes without saying that it’s hard to watch today without poking just a little fun at its vision of 2004, but the action sequences are top-notch across the board, and the film really is one of the better “Terminator” cousins you’ll likely ever encounter. Just try not to overthink the space-time paradoxes (and the heavy philosophical impact) it raises, though that’s frankly good advice for any time-travel movie!

Get aboard the time machine

They messed up my apartment

Getting the boot in 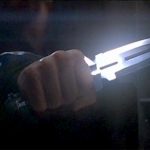 Got the drop on him

Remember “Timecop” from some 24 years back; what did you think of its fights, action scenes and storyline? Would you want to see a “Timecop 3”; what turn do you imagine the story and fights could take and which action star should take the lead? Let us know in the comments below; Like, share and join in the conversation on Facebook and follow us on Twitter & Instagram.

Be a ‘cop’ police your time well and invest it in the FUniversity of exclusive in-depth interviews, Top 10’s, subscribe for videos on YouTube and check out these official KFK t-shirts, hoodies, iPhone/Galaxy cases and much more! (Send us a photo of yourself doing your best kung-fu pose in KFK gear, and we’ll share it with the world on our expanding Facebook & Instagram Fan pages!)