Check out our blockbusting review! 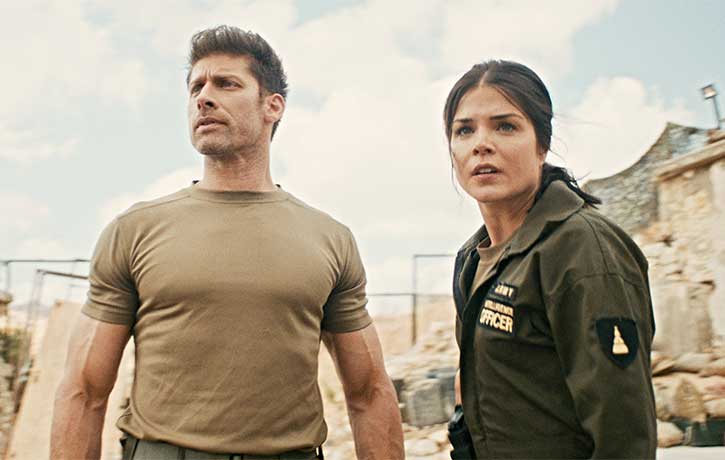 Alain Moussi as Jake Barnes leads the way with Myra

Tony Jaa features in an astonishing one take action sequence

Hollywood legend Nic Cage is virtually his own movie genre

Injured and suffering from severe amnesia, Jake is captured by a military squad unequipped to fight the merciless intruder who has descended upon the planet. Jake is rescued by Wylie (Nicolas Cage), and an ancient order of Jiu Jitsu fighters who must help him recover his memory and regain his strength in order to band together and defeat Brax in an epic battle that will determine the fate of mankind.

Keung breaks out his tonfas for the fight

Blending sci-fi and sublime martial arts mayhem, “Jiu Jitsu” is one of the most out-of-this-world action films of the year, and available now on VOD, DVD and Blu-ray from all major retailers! Featuring a crop of some of the best current screen action actors and the legend that is NIC CAGE, “JIU JITSU” has been hailed as the movie lovechild of “MORTAL KOMBAT” and “PREDATOR”!

Lucky Kung Fu Kingdom fans can get their copy for FREE courtesy of our friends at Signature Entertainment! BUT DO HURRY, COMPETITION ENDS SUNDAY 14TH FEBRUARY 2021!

Every six years the comet signals the arrival of Brax

Myra knows the fate of humanity rests with the team

Acclaimed action director John Woo directed John Travolta and which other Hollywood legend and star of “Jiu Jitsu” in the classic movie Face/Off? Is it:

Winners will be notified via Facebook message by 23:59GMT/BST Wednesday 17th February 2021. 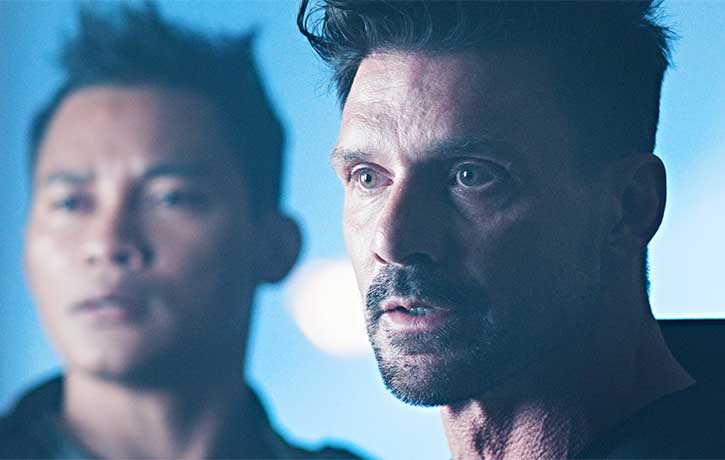 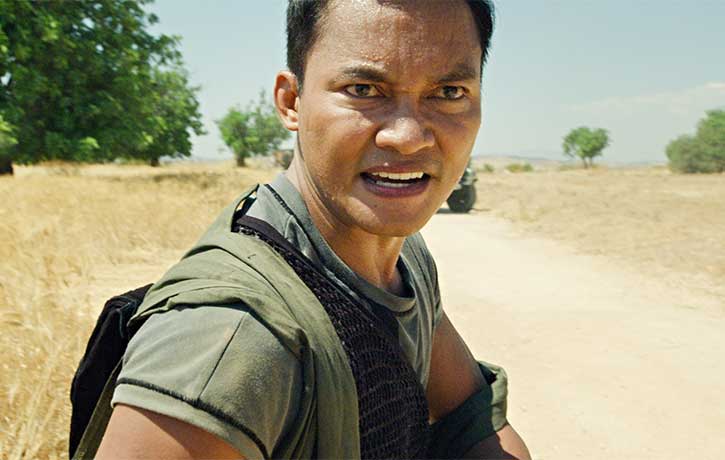 Harrigan faces off with Brax

“JIU JITSU” is available on Blu-ray from Amazon. Have you seen it yet? If so, what did you think of the fight scenes? What do you think of the sci-fi, alien, and martial-arts COMBO sub-genre?

DON’T STAY LOCKED DOWN, GET LOCKED INTO YOUR “JIU JITSU” INSTEAD…the FU-niverse, has you covered, so wrestle on with our Top 5 MMA series Top 10’s, deep-dive interviews, get your GROUND GAME ON in KFK gear and subscribe FU plenty more encounters of the COSMIC COMBAT kind on YouTube!