The “Fast and Furious” series has come a long way and truly changed a lot since its initial outing. What began as “Point Break” with street racing has morphed into a globe-trotting action adventure series more crazily extravagant and over-the-top than anyone could have predicted from its humble beginnings. “Furious 7” continues what the last few entries of the franchise have done and takes the series to new heights of blazing glory, (quite literally) and also manages to be, for rather obvious reasons, the most emotional chapter in the series so far.

Vin Diesel returns in the role of the charismatic king of street racers, Dominic Toretto, while the late Paul Walker reprises his role of Toretto’s close friend and brother-in-law Brian O’Connor, who is gradually building a family with his buddy’s sister Mia, played by Jordana Brewster. Toretto’s amnesiac girlfriend Letty Ortiz is once again played by Michelle Rodriguez, while Tyrese Gibson and Ludacris once again portray Toretto’s allies Roman Pearce and Tej Parker, and Dwayne “The Rock” Johnson is back as DSS Agent Luke Hobbs. Jason Statham steps in as the film’s primary villain Deckard Shaw, while Djimon Honsou provides a double threat for our heroes in the form of terrorist Mose Jakande, who’s determined to pry some crucial information out of a hacker named Ramsey, played by Nathalie Emmanuel. Rounding out the cast is Thailand’s king of action Tony Jaa, making his English-language debut as Jakande’s right hand man Kiet, Kurt Russell as a Frank Petty, a shadowy CIA operative who comes to Torreto’s aid, and MMA champ Ronda Rousey as Kara, a bodyguard who relishes the opportunity to hand out a few knuckle sandwiches. 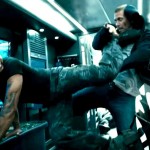 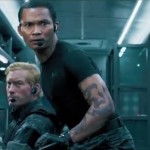 Following the events of “Fast and Furious 6”, Dominic Toretto and his friends, or as he calls them, “family”, are settling into their new lives back in their native Los Angeles, no longer having to look over their shoulders after receiving full pardons for their past transgressions for their role in bringing down terrorist Owen Shaw. Little do they suspect, however, that Shaw’s brother Deckard, like him a former British SAS agent gone bad, is out for revenge. After Shaw puts DSS Agent Luke Hobbs in the hospital and kills the crew’s friend Han in Tokyo, Toretto receives an offer from CIA operative Frank Petty – in exchange for their assistance in stopping mercenary Mose Jakande from getting his hands on “God’s Eye”, a computer program capable of hacking into any digital device and locating any person on Earth in a matter of minutes, Petty will aid Dom and his friends in tracking down Shaw. Dom agrees and rounds up his crew, including his amnesia-stricken girlfriend Letty Ortiz, his sister Mia, and his brother-in-law Brian O’Connor to rescue the creator of God’s Eye, a hacker by the name of Ramsey, from Jakande’s clutches. Unfortunately, Shaw is already one step ahead of our heroes.

It always seems that just when you think the “Fast and Furious” series can’t possibly get more out and out insane, that’s when the next chapter arrives to prove everyone dead wrong. You think the series reached its peak with the bank vault chase scene at the end of “Fast Five”, and that’s when “Fast and Furious 6” arrives with its tank chase on a crowded highway, culminating with Dom taking the laws of physics and blowing his nose with them. Fourteen years since its debut, the “Fast and Furious” franchise has come to rival even the upcoming “Avengers: Age of Ultron” for explosion-filled, action-packed popcorn entertainment. The first big set piece comes in a match-up between Shaw and Hobbs, and both men pummel each other so thoroughly that it’s a wonder that the DSS headquarters is still standing by the time they’re through. Johnson even gets to work in his trademark “Rock Bottom” manoeuvre from his WWE days, and while he ultimately ends up bed-ridden most of the remainder of the film (though that doesn’t stop him from giving probably the best threat of retaliation you’ll hear in a movie theater this year), it’s hard not to feel like you’ve already gotten your money’s worth from the first action scene alone. 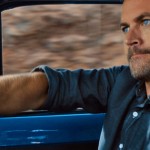 Furious 7 Paul Walker Brian speeds into the battle with Shaw

However, this is a series primarily powered by automotive action, and the first generous helping of that comes when Dom’s team parachutes, in their cars, onto a roadside mountain to rescue Ramsey and retrieve God’s Eye, leading to a show-stopping fifteen minute chase sequence. It’s also where Tony Jaa first arrives to take on Paul Walker, and the reactions of your fellow audience members should make it relatively easy to determine which of them have never seen the phenomenal martial arts flick “Ong Bak”. Tony’s role in the film primarily consists of his initial brawl with Walker and a rematch during the film’s climax, and it’s overall a solid couple of fight scenes for his Hollywood debut, even working in some Parkour-esque somersaults amid his ever impressive Muay Thai skills.

The same unfortunately cannot be said for Ronda Rousey’s appearance, which clocks in at maybe five minutes. Rousey portrays the bodyguard of an Arab Sheik who throws down with Letty while Dom’s team attempt to retrieve God’s Eye, and it’s a decent fight sequence to be sure, but her character ultimately has none of the significance to the film that Gina Carano did in the previous entry, especially considering how much the villains of the film slip in and out of the background whenever they please.

Shaw’s potency as an antagonist very much stems from his predilection for popping up to cause Dom’s team trouble at regular intervals, only to slip back into the shadows like a ninja with a V-8. Even Jakande and his team manage to keep our heroes largely at a distance until the third act, at which point the film practically bursts into flames with the sheer outlandishness of the action. Judging by the past three entries of the series, Dom has the ability to bypass the very concept of gravity and survive anything short of a nuclear blast, both of which he proves when he and Brian jump a car across not one but two skyscrapers at the climax of the sequence in Abu Dhabi. For the finale, the film returns Dom’s team, rejoined by Hobbs, to Los Angeles for a cat and mouse game to keep Ramsey away from Jakande’s aerial drone strike, while Dom engages Shaw in a final smackdown, each man wielding a set of wrenches like Kali sticks. You thought the “Fast and Furious” movies couldn’t get any more gleefully out of control? Well, you thought wrong!

Furious 7 Jason Statham Deckard Shaw has a vendetta to settle

For lovers of action and adventure, “Furious 7” is a buffet table. It’s nothing but pure adrenaline-fueled fun and will not rest until it’s sure you’ve gotten your money’s worth. Some tissues would be highly recommended, though, for the last scene of the film, in which the series bids a final farewell to one of its main stars.