Humans battling alien invaders with martial arts is certainly a novel concept, and one that seems to be getting quite a bit of mileage of late with 2017’s “Beyond Skyline”, its uber-exciting, upcoming follow-up “Skylin3s”, along with sci-fi martial arts ensemble, “Jiu Jitsu”.

If that’s destined to be the new emerging trend, it’s at least two-for-two so far after “Jiu Jitsu”. In its brisk runtime, “Jiu Jitsu” is nothing but glorious and practically non-stop smackdowns pitting one seriously badass extraterrestrial enemy against a band of fearless warriors in what is essentially this year’s “Triple Threat” with a sci-fi spin – and even having the benefit of one of the actual “Triple Threat” crew joining in the fun!

Marie Avgeropoulos appears as Myra, with Rigan Machado playing Victor and Rick Yune portraying Captain Sand. None other than Nicolas Cage also portrays our hero’s guide Wylie, who lays out all the rules for the battle ahead.

Tony Jaa as Keung is always fierce in battle

Jake Barnes doesn’t know who or where he is when he awakens in a military compound, having been pulled out of the ocean with his memories gone.

It doesn’t take him long to realize that he’s a serious fighting machine, and he’s soon rescued from his captivity by a stranger who brings him into contact with a band of fighters all stunned at how in the dark Jake is at the situation.

Keung breaks out his tonfas for the fight

Eventually, their associate Wylie explains it all – every six years, a comet passes over Earth that opens a portal to a distant galaxy, allowing the alien warrior ‘Brax’ entry into the world. Jake was tasked with defeating Brax to preserve mankind’s safety, but his defeat in their previous encounter has allowed Brax to declare open season on the world he’s arrived in to.

It’s now up to Jake and his fellow fighters to repel Brax once and for all, or risk Brax unleashing upon the world at large.

Carmen will not let Brax get through her

In the emerging arms race of human vs alien martial arts showdowns, “Jiu Jitsu” comes armed and ready like Brax himself. The title of “Jiu Jitsu” is decidedly off-center from the eclectic breadth of the numerous martial arts disciplines the ensemble of the film utilizes, with most of the actual jiu jitsu techniques in the movie coming from Alain Moussi and Rigan Machado, and the action overall more punch and kick heavy.

Be that as it may, “Jiu Jitsu” doesn’t waste a second in delivering one crazy fun time, even punctuating each section of the movie with comic book-inspired transitions deriving from its origins in the eponymous graphic novel on which it is based.

Wylie tries to awaken the warrior within Jake

Barely a third of the way in, “Jiu Jitsu” already scores two of the year’s best action scenes, the first being Keung (played by Tony Jaa) rescuing Jake from the military compound which is brilliantly captured in one-shot.

A good single-take fight sequence is hard enough to capture on its own and a thing of beauty when pulled off (certainly the case whenever Tony Jaa’s involved), but “Jiu Jitsu” sweetens the deal further by interspersing transitions into Jake’s ‘point-of-view’ as he and Keung escape the compound.

It’s swiftly followed by a country road smackdown when the military forces catch up with Jake and his allies, with the sequence zig-zagging from one character to the next. Rest assured, nobody in the ensemble that makes up “Jiu Jitsu” gets shortchanged. Solid. 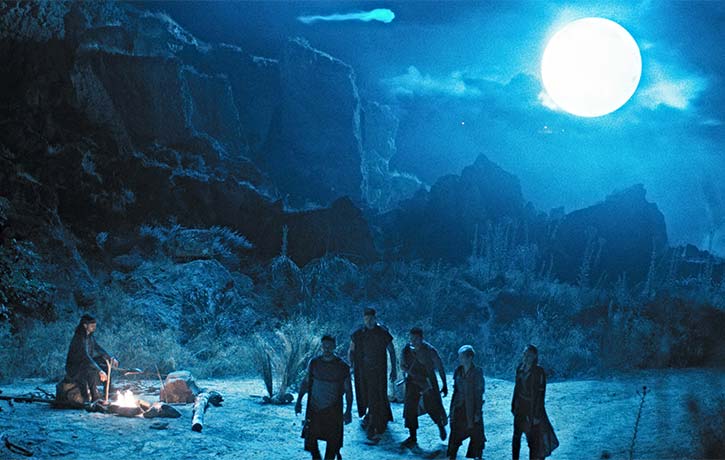 Every six years the comet signals the arrival of Brax

Myra realizes theres more to Jakes story than she thought

Aside from the outstanding fight-action scenes, Nic Cage is on hand to do what he does best as the eccentric weirdo of the group who nevertheless is an essential compass to the situation. As Wylie, Cage doesn’t blast through the roof of insanity to “Face-Off” levels, but he nevertheless elevates “Jiu Jitsu” as the charismatic-yet-kooky mentor to our heroes.

As the antagonist of the movie, Brax could also hold his own against Predator. Arriving on earth like a samurai from space, his face obscured behind a haunting, disembodied cloud in his helmet, Brax is both an unstoppable and eerily ethereal foe, stripped of all personality and empathy.

As formidable as Brax is, the film also deeply invests viewers in its heroes with virtually everyone who dies by his blade going out in a blaze of glory, as if literally falling on the sword for their fellow warriors. “Jiu Jitsu” promises a battle for the fate of the planet with a handful of human warriors selected to oppose their alien enemy, and it never allows itself or its audience to forget that.

Harrigan and Keung prepare to do battle 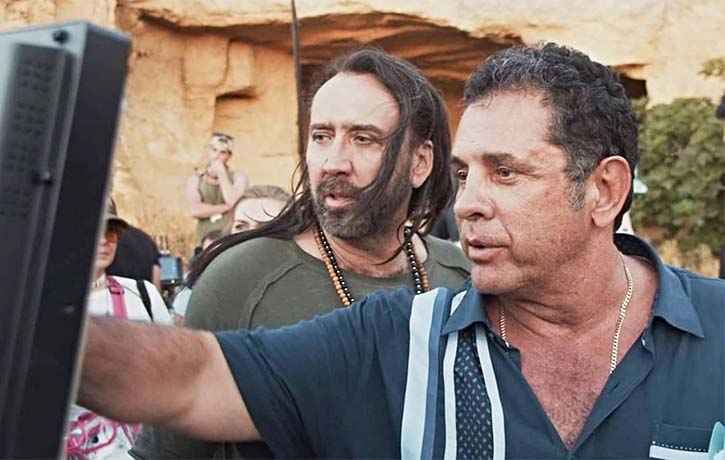 Genre mish-mashing goes back to the stone age, and humans facing off with aliens in a vein more akin to a Bruce Lee movie is a new one for both sci-fi and martial arts films. But when the results are this gorgeous, who would dream of complaining?

With an ensemble of some of the best movie martial artists out there, an adversary among the most formidable to arrive from some unknown galaxy, and Nic Cage arriving to be, well, Nic Cage, “Jiu Jitsu” is an extraterrestrial showdown that’s out of this world!

Jake realizes his destiny is to defeat Brax 1 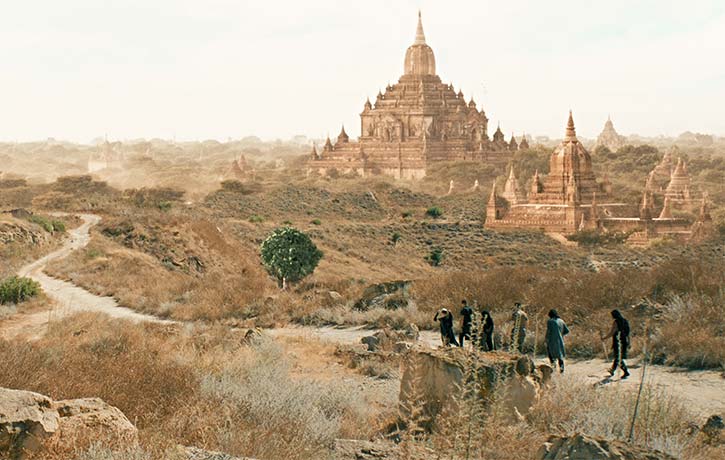 The warriors prepare to face Brax at the temple

Harrigan faces off with Brax

“JIU JITSU”, descends upon theaters, VOD & digital platforms tomorrow, November 20! Excited to see it? What do you think of the evolving trend of sci-fi, alien, and martial-arts movies all combined into one? Let us know in the comments below; Like, share and join in the conversation on Facebook and follow us on Twitter & Instagram!

LOCK IN your “JIU JITSU”, and HOLD TIGHT, as you extend yourself through the FU-niverse, wrestle with our Top 5 MMA series, Top 10’s, deep-dive interviews, get your best GROUND GAME ON in Official KFK wear and subscribe FU more encounters of the HUMAN vs ALIEN kind on YouTube!

MMA: Who is Pound for Pound the Greatest of All Time?