The pitch meeting for “Timecop 2: The Berlin Decision” must have been intimidating, to say the least. “A low budget sequel to a 90’s blockbuster, based on a little known Dark Horse comic book, with none of the original cast” doesn’t exactly sound like the kind of thing to inspire investors to greenlight a project in the pre-Netflix era. However, despite a significantly lower budget and much smaller scale than its predecessor, “Timecop 2” proves itself a fun little sci-fi romp, elevated considerably by the commanding presence of its leading man and villain.

Ryan pays a visit to the Wild West

In the year 2025, the Time Enforcement Commission (TEC) continues to police time travel in order to prevent the catastrophic ramifications that can be wrought upon the future if the past were to be altered.

TEC operates in tandem with the Society for Historical Authenticity, created to serve as a check on rogue TEC agents. However, one of the Society’s most idealistic agents, Brandon Miller, is determined to undo the atrocities of the past, and TEC agent Ryan Chan narrowly thwarts Miller’s attempted assassination of Hitler in Nazi Germany, with Miller’s wife, Sasha, tragically being killed in the process.

However, when another TEC makes physical contact with his younger self, the agent is wiped out of existence, causing a chain reaction in the timeline that frees Miller from incarceration, who then quickly sets about assassinating the ancestors of every TEC agent, allowing him to alter the past unabated. Ryan quickly goes back in time to put a stop to Miller’s killing spree, and before long, realizes the dark connection Miller has to the death of Ryan’s father decades earlier.

Given the lower budget and smaller scale in comparison with its 1994 predecessor, “Timecop 2” presents itself more as television pilot than a movie, or perhaps even an extended episode of the short-lived “Timecop” television series that followed the first film.

In any case, “Timecop 2” is much more modest in its aspirations, and despite the R-rating, is arguably fairly age-neutral for the audience it has in mind. And while its CGI is pretty shoddy even by early 2000’s standards, none of that’s at all to say that the film comes off as an inferior product. Whereas the 1994 original placed its focus on a rogue politician zipping through the space-time continuum to fund his presidential bid, “Timecop 2” is more personal in its conflict and greyer in its morality.

Ryan is a dedicated agent of the Time Enforcement Commission

Ryans grandfather holds his own against Miller

A sticky spot in Germany

Ryan gets by in TEC on a wink and a nod

Miller is determined to keep Ryan off of his trail

Ryan defends himself against an attacking Nazi

Ryan fends off an attacking inmate

Brandon Miller’s ambitions, and certainly his methods, may be misguided, but it’s clear his heart’s in the right place. What is the point of time-travel, he asks, if not to undo the most horrific sins in mankind’s past? By the same token, Ryan Chan’s view of preserving the past for the sake of the future is much more black-and-white, but like Jean-Claude Van Damme in the original, the film gives him the temptation to erase a personal tragedy from his own past with the death of his father. Towards the end of the film, Ryan has the opportunity to do just that literally within his grasp, with Miller rightly calling him out on that hypocrisy. It’s nothing that’ll probably change anyone’s life, but “Timecop 2” is well-aware that the easiest way to gain the viewer’s empathy for its protagonist, is to force them to ask themselves what they would do in the same situation. In so doing it earns the viewer’s sympathy for its far from evil villain, as well.

“Timecop 2” is also well aware that its leading man famously portrayed Bruce Lee and its antagonist is an alumni of “The Karate Kid III”, and is eager to give action fans what they want. While the film won’t draw comparisons with “Ong Bak” or “The Raid”, the fight sequences are consistently hard-hitting and well-orchestrated. Due to its brief running time, the film never pauses too long between action scenes, opening with a couple of fast-paced battles in Nazi Germany then moving into Ryan’s brawl with a gang of bad cops in the 19th century within minutes.

The centerpiece of the film sees Ryan warped into a prison riot to prevent Miller’s escape, forcing him to fend off of swarms of inmates, including one vengeful bruiser he has a history with. The film also carries something of a chase vibe to it, with Ryan hotly pursuing the fleeing Miller from one period of history to another, and this is where the film is a little frayed.

Ryan’s pursuit of Miller coupled with the short running time inevitably means that our hero and villain never remain in one time period for more than a few minutes. The viewer may feel a tad short-changed that Nazi Germany and the Wild West are the only distinctive historical eras we ever stay planted in for very long, since every other period they venture into doesn’t really give them the chance to absorb the distinctive vibe of the year they’ve dropped into.

Still, the film delivers a solid final showdown between Ryan and Miller, one that not only serves up a terrific end confrontation between our hero and villain, but one which brings the younger versions of both into the equation, opening up the possibility of things playing out differently for one of them when the future comes around.

Ryan was a happy child with his parents 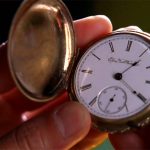 Ryan catches up with some of Millers associates

Ryan fends off some bad cops from the past

Ryan leaps into the fight

Ryan takes down an opponent

While far less historically expansive than its predecessor, “Timecop 2” is an enjoyable and engaging time-travel adventure, raised to greater heights by the strong performances of Jason Scott Lee and Thomas Ian Griffith. The fight sequences are never less than thrilling, and the film maintains a grey moral outlook on the question of rewriting history that pays off beautifully in its final scenes. Just don’t think too hard about the convoluted nature of changing history (wise advice for any time-travel movie) and “Timecop 2: The Berlin Decision” is great fun!

Have you seen “Timecop 2: The Berlin Decision”, what did you think of its fight and action scenes? Imagine a “Timecop 3” in the works, what kind of fight choreography would you want to see and who would you choose to star? Let us know in the comments below; Like, share and join in the conversation with us on Facebook and follow us on Twitter & Instagram. (Now you’ve read this far, let’s travel FU-time and check out KFK’s other movie reviews too!)