Some 26 years after making the leap to the big-screen with the first out-and-out cool video game movie, the battle for the fate of Earthrealm is back in “Mortal Kombat”.

With an R-rating on its side and no hesitancy to dive headfirst into gory Fatalities, “Mortal Kombat” is bookended by a fantastic opening and finale, but weighed down in its middle section with an excessively rushed pace and a relative dearth of the expansive lore that has allowed the cult franchise to stand the test of time. 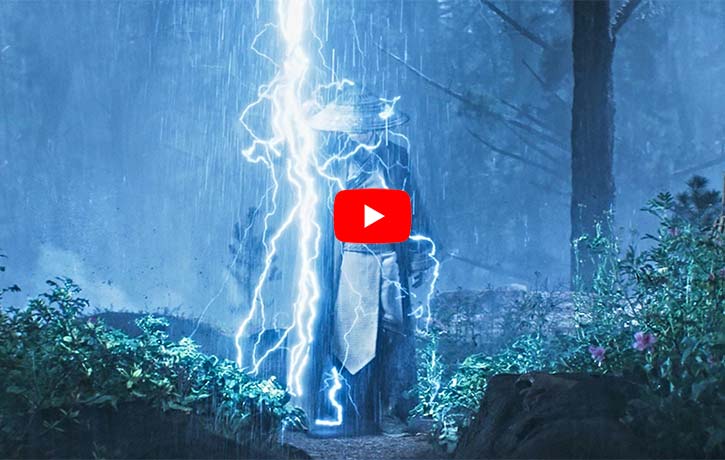 Bi Han gets the upper hand on Hanzo

His nefarious associates include Goro, Mileena, Reiko, and Nitara, respectively voiced or played by Angus Sampson, Sisi Stringer, Nathan Jones, and Mel Jamson, with Kabal being physically played by Daniel Nelson and voiced by Damon Herriman.

It’s just another day in the life of down-on-his-luck MMA fighter Cole Young, arriving to compete in the cage on very short notice. However, his reprieve from battle after the fight with his wife Allison and daughter Emily is short-lived when they’re suddenly attacked by a mysterious, ice-wielding assassin known as Sub-Zero.

The family is saved by Special Forces soldier Jax, who has both of his arms shattered and frozen, with Cole acting on Jax’s instructions to meet with his associate, Sonya Blade.

Cole soon comes to learn that the dragon marking he was born with designates him as a descendant of Sub-Zero’s enemy in feudal Japan, Hanzo Hasashi, as well as one of the chosen defenders of Earthrealm in a coming supernatural martial arts tournament known as Mortal Kombat.

With Sonya pulling the similarly-marked crime boss, Jax into the mix, the three make off for the hidden training ground of Lord Raiden, meeting with Shaolin monks Liu Kang and Kung Lao to prepare for the tournament. 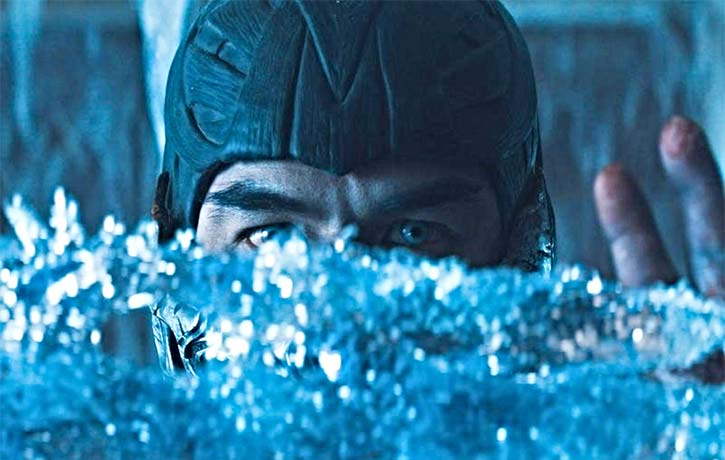 However, the sinister sorcerer Shang Tsung has plans to pre-empt a victory in Mortal Kombat, bringing his own warriors, including Sub-Zero, to take out Earthrealm’s protectors before the tournament begins.

It’s an odd thing to call an action movie too fast-paced, but “Mortal Kombat” is a peculiarly rare example of exactly that. Kicking off with a pulse-pounding prologue in feudal Japan that sets up both Scorpion and Sub-Zero’s enmity and the lineage of Cole Young, “Mortal Kombat” zooms right in to setting up Cole as one of the chosen warriors to defend Earthrealm.

Unfortunately, it becomes clear early on that a good 15 minutes or so of world-building and character development have been chopped out of the film – a very jarring cut to Outworld right after Cole’s first MMA fight being a prime example of that.

From that point, “Mortal Kombat” feels less like a fast-paced action movie than one that’s on fast-forward, swiftly introducing characters and getting them from point A to point B with such speed that it’s hard to absorb everything. Josh Lawson at least keeps the audience laughing every step of the way as Kano with one potty-mouthed one-liner after another.

Ludi Lin and Max Huang both hit the bull’s-eye as Liu Kang and Kung Lao, while Lewis Tan shows he’s got what it takes to carry an action movie in the completely new character of Cole Young.

Most of Outworld’s characters, other than Sub-Zero and to a lesser extent, Kabal, disappointingly don’t make much of an impact other than being ruthless henchmen, and as perfectly cast as Chin Han is as Shang Tsung, he doesn’t have enough villainous material to work with to make the same impact as Cary-Hiroyuki Tagawa’s timelessly sinister Outworld sorcerer.

The action scenes in “Mortal Kombat” are also a mixed bag. The film starts off very strong with the aforementioned confrontation of Bi-Han and Hanzo Hasashi in feudal Japan, Hanzo fashioning a prototype spear of the one he’ll eventually wield, and unleashing bloodletting galore.

It’s in the middle two-thirds where “Mortal Kombat” doesn’t quite deliver the same knockout punch, with choppy editing in most of the fight scenes and even the training sequences in Raiden’s temple – zipping by way too fast without adding much rhyme or reason to the film.

The movie at least doesn’t shortchange fans of the franchise when it comes to Fatalities, and, as has always been the case in the games, Kung Lao’s buzzsaw or razor-rimmed hat Fatality takes home the gold.

Kano has his own agenda in mind

The plot of Earthrealm’s warriors to defeat Shang Tsung and his allies also ends up playing out way too fast and way too choppily in most of the head-to-head battles, but the pay-off of Cole finally unlocking his “arcana” and double-teaming with Scorpion against Sub-Zero returns the movie to the bloody energy, clear editing, and excellent fight choreography that it began with.

Indeed, for fans of “The Raid” and “The Night Comes For Us”, it’s a particularly sweet pay-off to see Joe Taslim finally becoming a full-blown action star in Hollywood movies right before their eyes in a role as iconic as Sub-Zero, and as any “Mortal Kombat” fan can tell you, this is hardly going to be the last we’ll see of Bi-Han as a formidable, supernatural assassin. 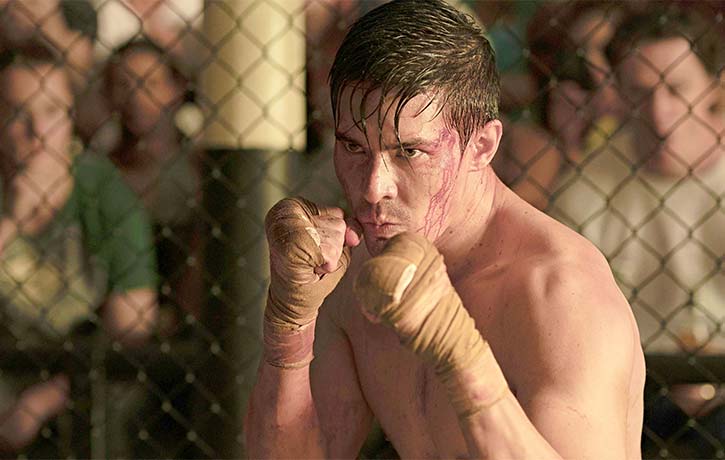 Cole Young brings everything hes got in the cage

“Mortal Kombat” is a mix of strong and weak elements, with action scenes that are outstanding one moment and hampered by dizzying editing the next.

The film still has enough going for it that it can expand on the lore of its namesake in “Mortal Kombat 2” through Sub-Zero and Scorpion’s rivalry, Cole’s origins, Liu Kang and Kung Lao’s warrior bond, as well as a huge amount of potential to be tapped around the tournament itself.

Bi Han has come to take Hanzo down

Shang Tsung has come for the souls of Earthrealms warriors

With a certain well-known character from its roster teased at the end, “Mortal Kombat” sets up more to come going forward, and while there’s plenty to build on, there’s also plenty of room to improve. AND we’ve got plenty of ideas here as we’re sure you’ll have…! 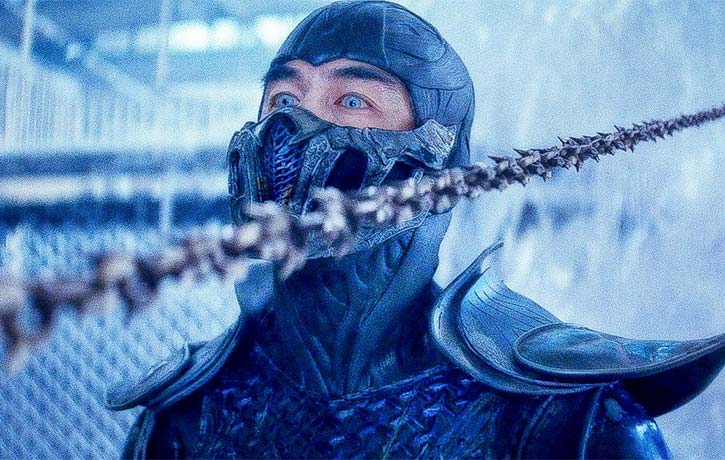 Sonya Blade is ready to rock and roll

Cole must hold his own against Goro

Cole Young preps to step into the cage

“Mortal Kombat” is now available to stream via all your favourite VOD platforms and is now showing in UK (and US) cinemas!

What are your impressions of the “Mortal Kombat” reboot; What do you think about Lewis Tan’s new character ‘Cole Young’? What are some of your favourite video-game movies? …AND…you’ve got to tell us your no.1 video game movie adaptation so far! Let us know in the comments below, join in the conversation, share this on Facebook, and follow us on Twitter & Instagram.

REMEMBER, THE WAY TO IMMORTALITY LIES BEYOND A TEST…of MORTAL KOMBAT! So MARTIAL your forces and ENTER the FUniverse of these Top 10’s, Top 5’s, get into your own KFK KOMBAT gear and subscribe for more POWER-FUelled FIGHT performances on YouTube!