Few films capture the history of Karate as this one does; visceral and powerful in every respect. “Fighter in the Wind” – as with all martial arts biopics – blends legend with history to create a brutal yet awe-inspiring tale of the Korean underdog who battled fear and prejudice and gave the world Kyokushin Karate.

Yang Dong-geun stars as Cho Bae-dal, a young Korean who faces insurmountable odds to become Masutatsu “Mas” Oyama, founder of Kyokushin Karate and one of the most feared and respected fighters in the world. His nemesis, Kato the xenophobic former commander in the Japanese military and head of the Japanese Karate Association is played by Masaya Kato.

Aya Hirayama is Yoko a young Japanese woman rescued by Bae-dal from being raped in an alley, and who becomes his partner and wife.

Jung Tae-woo is Bae-dal’s friend Chun-bae, a con man and scoundrel but loyal to his friend, and Jung Doo-hong puts the frightened and broken Bae-dal on the path to martial arts skill and courage as his teacher and mentor Beom-soo.

Oyama braces himself for a hit

Young Bae-dal’s dreams of flying fighter planes for the Japanese Air Force in World War II are thwarted by his Japanese commander Kato. After suffering a crushing defeat at the hands and feet of his Japanese oppressor, Bae-dal and his friend Chun-bae do whatever they can to survive. However, his encounter with a vicious Yakuza enforcer and his men, leave Bae-dal beaten, bloodied and frightened.

Along comes his old teacher and mentor Beom-soo who teaches him his style of martial arts and introduces the broken Bae-dal to the works of Miyamoto Musashi. After watching his teacher murdered at the hands of the same Yakuza gang, Bae-dal runs and hides then vows to become the greatest fighter in the world, training in the mountains, and conditioning his body to take and inflict brutal punishment to equal degree. Re-born as Masutatsu Oyama, Bae-Dal travels back to the city to challenge the heads of Japanese schools and prove once and for all that he is the world’s greatest fighter.

Beom su in stand off with the local Yakuza

The film features some of the best and most realistic fight scenes onscreen with an emphasis on displaying the brutal impact of real-life Oyama’s “one strike to win” philosophy. There are some stylish slo-mo sequences backed up with superb cinematography capturing the breath-taking yet at times barren feel of the story’s settings.

The opening scene in which a confident Oyama challenges the might of his oppressive Japanese Bushido fighters embodies this mantra dramatically as the seasoned fighter flies through the air taking on some burly Bushido fighters with almost inhuman abilities. Fight choreographer Doo-hong (who also plays Beom-soo) keeps the fights just short enough to be engaging, avoiding overlong lengthy battles. Each fight is packed with technically rich bone crunching displays of Taekwondo (passing as Taekkyeon) and hard hitting Kyokushin Karate.

Interwoven in the film’s fighting is the underdog story of a Korean looking to outfight his Japanese despots (a recurring theme in films like “Fist of Fury” and “Fearless”). This nationalistic overture really adds drama to Bae-dal’s beatings and humiliation through much of the first half of the film. It is only after the death of Beom-soo that Bae-dal finally digs deep enough to find the fortitude to hit back at his oppressors by learning their fighting art.

A close call for Oyama

Reflections on the teaching of Miyamoto Musashi

The battle gets fierce for Oyama 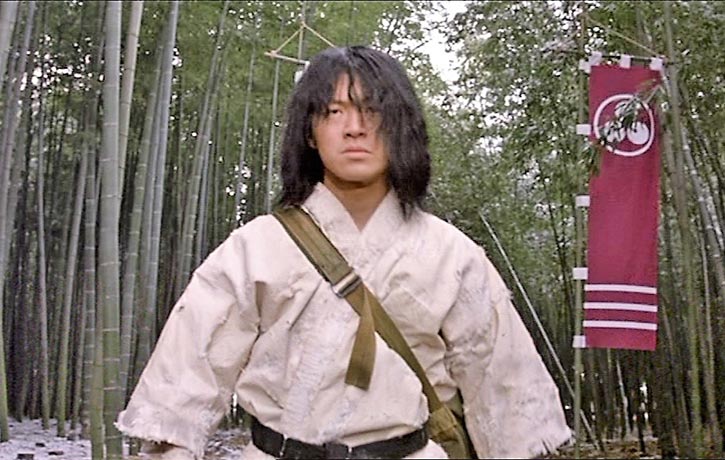 The second half of the film that sees Bae-dal become Oyama introduced the film’s most prevalent theme; pain. This notion of pain really comes through as both torturous and inspirational in the obligatory training montage with Bae-dal smashing tree trunks and rocks in the freezing cold, and climbing ice-covered mountains barefoot. His transformation from weakling to warrior is dramatic and well-paced so that when you get to Oyama’s first fight (where he takes on a student of a local Karate dojo) you can’t help but watch with excited anticipation.

From here on in the fights come thick, fast and hard, packed with a variety of aerial strikes, kicks, and throws which look genuinely painful. Scenes featuring Oyama taking on a veritable swathe of opponents skilled in Judo, Jujitsu, and even Kendo are intense yet vastly entertaining to watch.

The film’s finale brings us back to where it started, the ruins in the middle of the field. Here Oyama’s battle takes an epic turn, as he faces his nemesis Kato, who throughout the film has humiliated and dismissed Oyama as an unworthy martial artist. After dispensing with numerous fighters, reminiscent of real-life Oyama’s legendary 100-man Kumite, the two enemies face each other finally in a scene that not only tests their skills but also the depth of their characters. 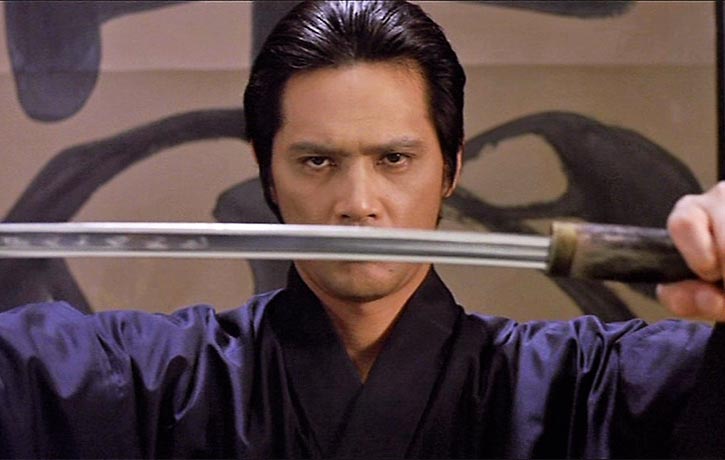 Things get dicey between Oyama and his latest opponent

Setting aside its strong nationalistic overtones and largely over-simplified story, “Fighter in the Wind” is still a martial arts film for the ages. Even though much of it is fictitious it still captures the tale of Oyama’s transformation into a formidable fighter earning the respect of Japanese and Korean people alike with enough drama and flair without getting overly melodramatic about it.

With its blend of hard hitting emotional battles through poverty and some truly exhilarating, no holds barred karate on display, this is quintessentially “Rocky” for martial arts fans. For karatekas in particular it is a film that puts the beloved art front and centre in the hands of one of its most renowned and innovative figures whose real-life history, like that of Wong Fei-hung, Ip Man and more recently Bruce Lee, will morph into legend. “Fighter in the Wind” captures the essence of both with ample aplomb and can seal its place as of one of martial arts cinemas’ true greats.

“Justice without power is empty, but power without justice is only violence.”