Martial Art of The Month: Karate

This month’s Martial Art of the Month covers Karate which is also the most recent martial art to be officially added to the Olympic Games and will be seen for the first time in the Olympics in Tokyo 2020!

We take you through some history, techniques and more about the dynamic martial art of Karate. Let’s kick it off with a quick video on the art of Karate from Kung Fu Kingdom Hall-of-Famer, Sensei Jesse Enkamp

The origins of Karate, as with many other eastern martial arts can be traced back to the Shaolin Temple. Karate comes from the island of Okinawa, once an independent kingdom but now part of Japan.

Okinawa had strong trade routes and cultural links with southern China, particularly the Fujian region. The region had its own distinct style of martial arts, Fujian White Crane Kung-fu, the roots of which can be seen in the Shaolin Temple. White Crane found its way to Okinawa through Chinese settlers, who taught their skills to locals. In a period of around 400 years, through different adaptations, masters and lineages, the art blended with native fighting forms of sumo wrestling, weapons and boxing to form a deadly, self-defence based style known as Karate, the techniques of which were recorded in its Kata (forms).

Karate to debut at the 2020 Tokyo Olympics 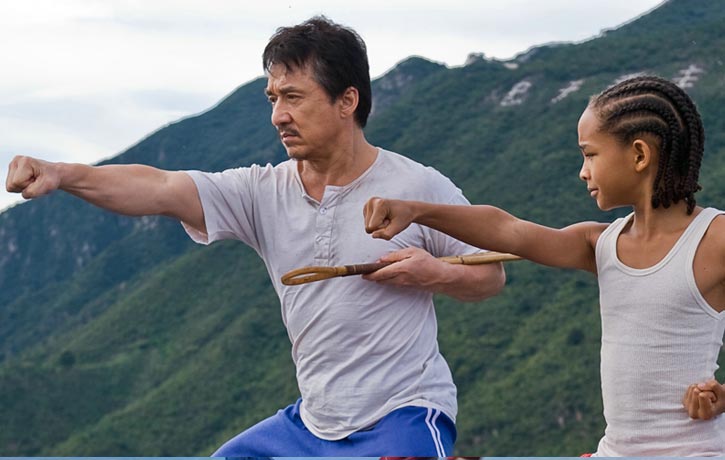 Some Okinawan masters, such as Gichin Funakoshi (founder of Shotokan Karate) took Karate to mainland Japan in the 1930’s, in order to spread the art through the world for the benefit of all. In Japan, Karate was vastly adapted, for political reasons. Originally, Karate was a brutal art with deadly self-defence techniques which the Japanese were not keen on teaching to its population and particularly its children. From the 1930’s until now, Karate has taken a different path into becoming a sport-based art, emphasising high kicking and fast attacks and counter-attacks (Okinawan Karate was dominated by close-range attacks and grappling and hardly had any kicks above the waist!). Both historical Karate (Okinawan) and modern Karate (Japanese) have their place in the world of martial arts, they simply have different contexts which they are designed for and applied in.

JCVD side kicks the Eiffel Tower

The syllabus of Karate techniques is held in the Kata, the forms. The Kata were originally designed by masters in order to record a set of fighting techniques and principles, for future reference and practice’s sake. The particular Kata which people practise, is usually determined by which ‘style’ or school of Karate they come from. ‘Bunkai’ or analysis, is the method of extracting the application from a technique in a form. The techniques recorded in the original katas are self-defence based and include a large amount of trapping, knockout strikes and takedowns. Common principles, seen in many Kata across different styles, include clearing limbs, disrupting posture, opening targets and striking with hard parts of the body such as the elbow, knee, forearm and fist.

Georges St Pierre goes back to his karate roots

Modern Karate has become sport based, meaning that many of these original techniques have been left out, being replaced by a new set of skills which is appropriate to the rules of competition. Many of the original techniques lay redundant for years as Karate evolved into the modern sport it is now. Some practitioners have recently sought to go back to the original principles and methods of Karate as a self-defence art, consequently, Karate is almost two different arts with the same name.

Modern, sport Karate, techniques are focused more on speed, counter-attacks and feinting. The fighting stance in modern karate often has one or both hands low, to allow fast kicking, with a wide gap between the legs and fast back and forth footwork. High kicks are a staple, along with spinning and roundhouse kicks, there are also many centre line kicks such as the thrust kick and side kick which can deliver awesome power. Punches are straight and emphasise speed over power. 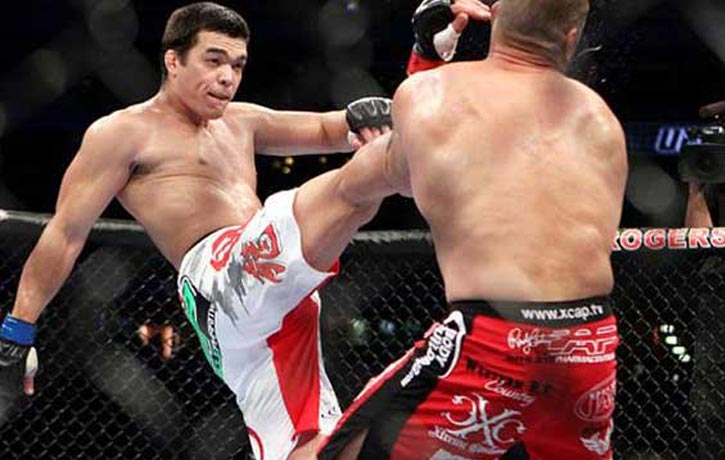 Practitioners you may know:

Van Damme and his high kicks are one of the first things that spring to mind when people think of Karate. The Belgian actor was a European Karate Champion and member of the Belgian Karate team before applying his skills to the movie industry. During the late 1980’s and early 90’s he starred in classic films such as “Bloodsport”,“Kickboxer”,“AWOL” and “Double Impact”. He’s credited with bringing Thailand, kickboxing and Muay Thai into the mainstream via film andis considered a legend among movie fight fans worldwide.

Norris’ martial arts background and training has seen him cross paths with legends such as Bruce Lee, the famous Gracie family, masterful exponents of Brazilian Jiu-Jitsu, as well as holding high ranks in various Korean martial arts. Norris’ competitive martial arts career, prior to becoming an action star, was in Karate and he was a world-championship level competitor in the sport. He is mostly known for “Walker”, “Texas Ranger” as well as facing Bruce Lee in “Way Of The Dragon”.

A truly impressive entertainer and martial artist, (also on our Hall of Fame) the high kicking star has featured in many fan-favourite fight films over the past few decades. White holds an impressive array of black belts in several arts, including several Karate schools individually, such as Kyokushin, Shotokan and Goju-ryu.

Notable roles include “Falcon Rising”, “Blood and Bone”, “Never Back Down” (2 and 3),“Undisputed 2”, the cult-classic “Black Dynamite” as well as appearances in “Skin Trade” alongside Tony Jaa and Dolph Lundgren.

Widely considered as one of the greatest Mixed Martial Artists ever, the Canadian started his martial arts training with Kyokushin Karate and still holds the rank of 3rd Dan in the traditional art, despite his illustrious MMA career. GSP was one of the most well-rounded fighters in MMA renowned for his striking as well as his wrestling and submission talents, he was the king of the UFC welterweight division for years and fans are currently awaiting his high-profile return to the octagon. St-Pierre has made occasional movie appearances, including in “Never Surrender” and “Kickboxer:Vengeance”.

These 80’s classic movies, starred Ralph Macchio and ‘Pat’ Morita. “The Karate Kid” is remembered fondly as a fantastic film and a must-see fight movie of the times. The mix of Buddhism/eastern philosophy, American culture and excellent, easily relatable training montages are what make this film a classic. Subsequent sequels and a remake starring Jackie Chan have cemented the film’s place in cinema history.