At this point, Jeeja Yanin has already made her mark as a bankable lead actress with the successes of her debut film “Chocolate” and the frenetic break-dancing frenzy “Raging Phoenix”. Her career continues with the film “This Girl is Bad Ass” (aka “Jukkalan”), directed by renowned Thai comedian Mum Jokmok (aka Petchtai Wongkamlao) and choreographed by the late, great Panna Rittikrai. While this film can at times be all-in refreshing and flat-out ridiculous, it does yet again cement Jeeja’s badassery in the action stakes!

Jukkalan lives with her uncle ‘Wang’ and makes a living as an expert cycle messenger. However, Jukkalan’s life turns from a normal day in the office to a chaotic conflict when she steals drugs from a client, crime boss Piak Pakkred, during a delivery. An angry Piak demands Jukkalan to return the stolen drugs, but to make matters worse, Jukkalan steals again from a previous client, crime boss Cha, to pay back Piak. Now with two crime bosses on her tail, Jukkalan must make things right before it’s too late.

Its about to go down back at HQ

This girl is badass

With Jeeja Yanin as the lead and Panna Rittikrai as the choreographer, the fights do not disappoint. The first two fights somewhat resemble a choreography style that fans of Jackie Chan and The Transporter franchise could identify with.

The first fight scene starts off with Jeeja making solid work of thugs with her unique style of bike-fu; she uses her bicycle as a weapon alongside her kicks, manoeuvres strategically around it, slaps a guy across the face multiple times with a bike wheel, not to mention the thug leader trying to throw a knife away, only for it to bounce back from a wall and stab him in the arm – instant kung fu karma!

Trouble ensues once again as Jukkalan goes up against another group of thugs sent by the vengeful Boss Piak. It’s initiated by a fight between Jukkalan and a school girl before the rest of the gang chimes in on the action. Jeeja beats, throws and swings the baddies around with a waterhose. The term “fighting dirty” is taken literally to a whole new level, when metal plates are brought into the fray, and Jukkalan later enacts the term “fisticuffs” literally with a capital F, when she uses nuts and bolts for knuckles, and we do see some bloodshed here. Things become more tense for Jukkalan once the fight is taken to a bike rack that’s being dragged by a car and one of the thugs try hitting her with a motorcycle. 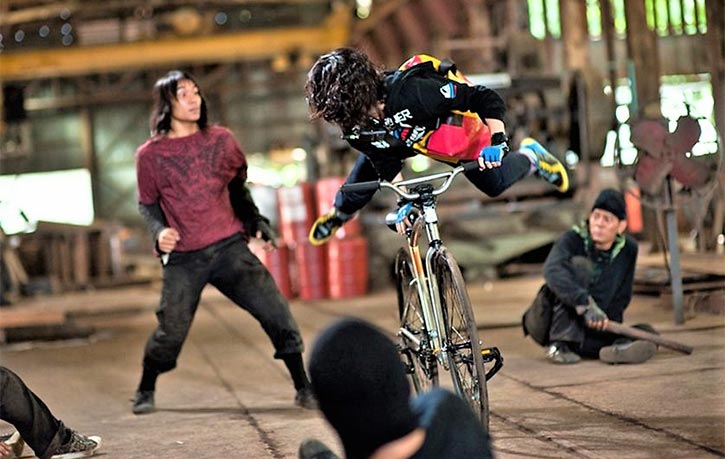 Its all going down

In a tight spot

A while after that comes a quick scuffle in the rain. While basic, many of Jukkalan’s moves are accentuated with slow-mo effects, again showing that Jukkalan does not need props to hold her own.

The heat really turns up to full throttle in the finale with Jukkalan and bosses Piak and Cha. In the first half, Jeeja does throw some kicks, but it is mainly occupied with straight-up old-fashioned gun fights, with the blood toned down a bit for an R-rated flick. You do get to see some hand-to-hand combat from the supporting cast, which contains some notably comedic moments. There is a fight between a man and a woman that goes inappropriately in the funniest way possible, with the man grabbing onto the woman’s clevage at one point, whilst the woman repeatedly kicks him in the crotch. Reung also walks casually by as bullets are fired at him. The second half of the final showdown makes a lot more use of Jukkalan’s hand-to-hand combat skills, as she throws it down with her bone-crunching elbows, fists, knees and definitely kicks; kicking through wooden crates and numerous glass bottles, breaking porcelain vases, as well as flying through glass ceilings to knock out her enemies. 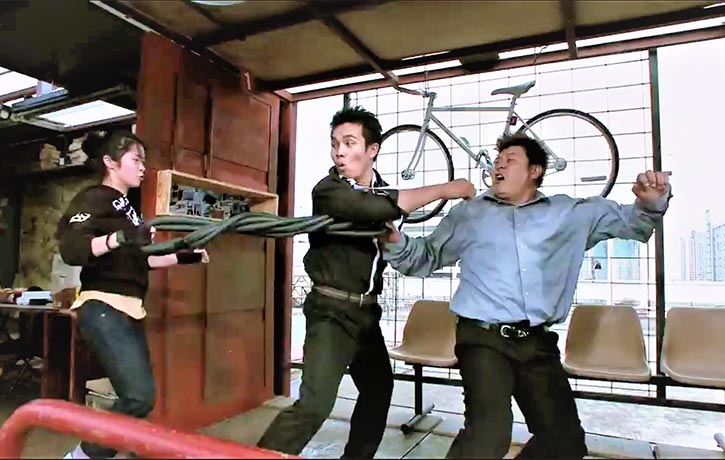 A day in the life of Jukkalan

“This Girl is Badass” is also a comedy and the humor is quite predominant here, filling in the gaps left by the action. It’s not cheesy, but it comes at you like a double-edged sword. The closest comparison I could think of would be “Crank” – you could either take it as wacky, laughing along with it or thinking, “What on earth did I just watch?”, or a little bit of both!

You get some peculiar moments such as a Muay Thai gym being occupied by midgets, a weird-dressing Rueng and effeminate-sounding boss Guang. Plot-wise, the film heavily fluctuates between various subplots such as love triangles and the real conflict of Jukkalan dealing with Boss Piak, which is nevertheless difficult to take seriously due to the film being constantly peppered with comic relief. Yet, this is not necessarily a bad thing, you may even appreciate it to a certain extent if you’re looking for laughs and appreciate that kooky Thai sense of humour.

Duan recalls Jukkalan saving him when he was young

Jukkalan with her badass bike 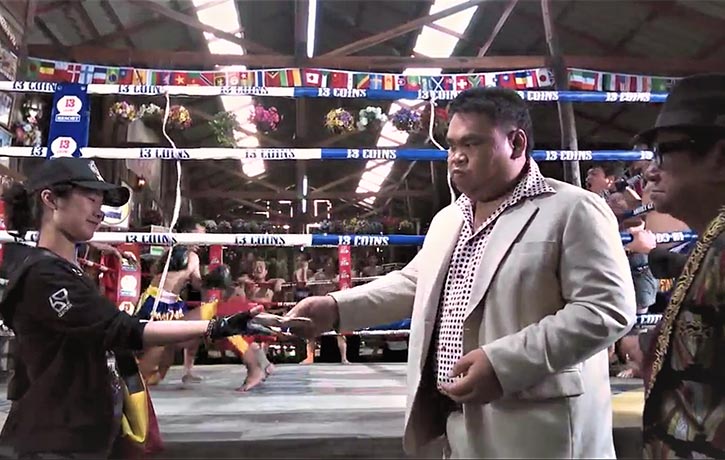 Another delivery in progress 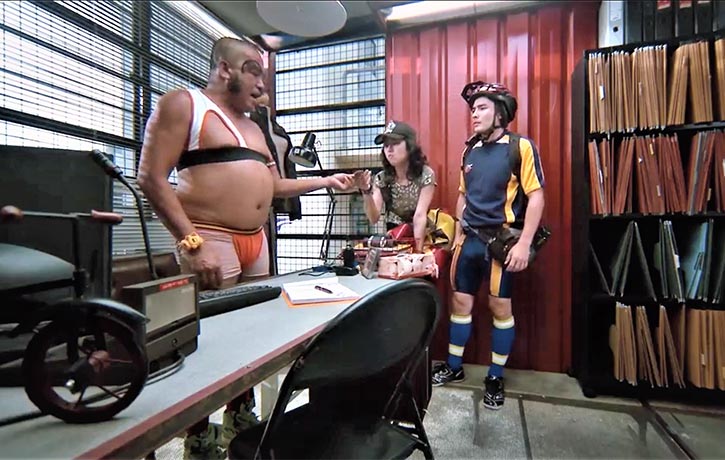 Just another day in the office for Jukkalan

A birthday party for Uncle Wang

The eccentric nature of the humor in “This Girl is Bad Ass” is likely going to register bizarre to viewers’ minds. Plot-wise, it won’t cater to everyone’s tastes, but the one thing everyone will agree on is that “This Girl is Bad Ass” brings more of Jeeja Yanin’s action talents and ability to the table, making it another fun hit in Jeeja’s career so far…

Seen the movie, what did you think of it -and Jeeja’s other ones like “Chocolate”and “Raging Phoenix”? Let us know in the comments below, join in the conversation on Facebook and follow us on Twitter. (In the meantime, feel free to check out our Top 10 Thai Martial Arts Movies and other kung fu movie reviews!)