“Bad guys going after other bad guys” is an action movie premise as old as the hills, and one put to very good use indeed in Scott Mann’s “The Tournament”. Under Mann’s direction, one unsuspecting town becomes the battleground of the world’s greatest contract killers, who wage war on one another in an explosive war of bullets, bombs, fists, and feet in one hell of an action movie blowout – especially given the limited means and production hurdles the cast and crew found themselves having to navigate through.

Kelly Hu steps into the role of Chinese assassin Lai-Lai Zhen, who finds herself faced with an unexpected obstacle in form of Father Joseph MacAvoy, an alcoholic priest in the wrong place at the wrong time played by Robert Carlyle. Liam Cunningham portrays the ruthless organizer of the deadly competition, Mr. Powers, while Ving Rhames assumes the role of Joshua Harlow, an assassin entering The Tournament to settle a personal vendetta. Among the other cut-throat assassins competing for the prize are Anton Bogart, played by world renown freerunner Sebastien Foucan, Miles Slade, played by Ian Somerhalder, and Yuri Petrov, played by the great Scott Adkins in the interim between “Undisputed 2” and “Undisputed 3”! 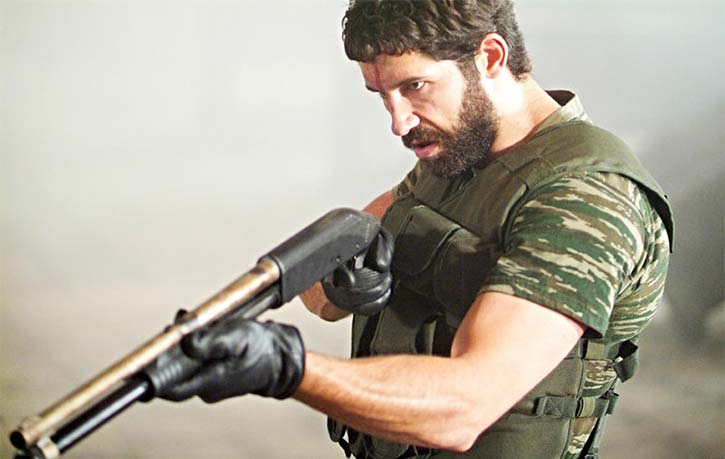 Every seven years, twenty of the world’s greatest assassins are brought together by a cabal of crime bosses and power brokers in an underground competition known only as “The Tournament”. Each new tournament takes place in an unsuspecting urban landscape, with the winner claiming a prize of £10 million.

This year’s tournament sees the competitors battling in Middlesbrough, England, with contestants including the embittered Joshua Harlow, on the hunt for his wife’s killer, and Lai-Lai Zhen, who hopes to start a new life with the hefty prize.

You talking to me 1 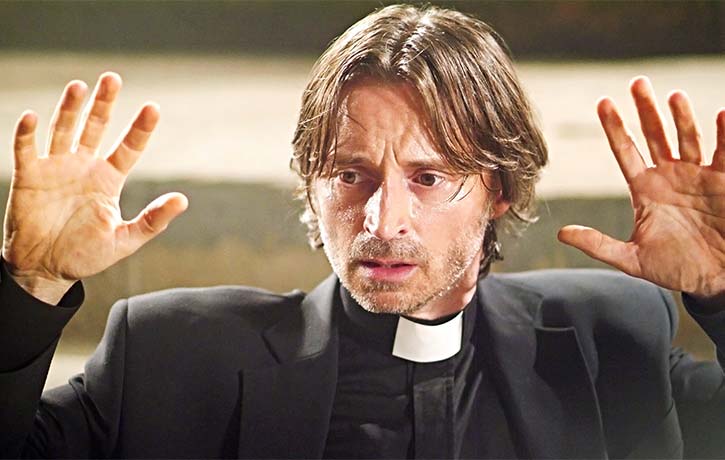 Father MacAvoy is a priest whose fallen from grace

However, Zhen quickly gets more than she bargains for when the alcoholic, spiritually crippled priest, Father Joseph MacAvoy, wanders into the tournament at the wrong time. When one of Zhen’s fellow assassins, Miles Slade, manages to remove the tracking device implanted inside of each contestant, Father MacAvoy finds himself a target after ingesting the device when Slade flicks it into his coffee. With the orders from the tournament’s cold-blooded organizer, Mr. Powers, to either “carry him or kill him”, and the guilt of her profession already weighing heavily on her before entering the competition, Zhen ultimately chooses the latter, leaving her and MacAvoy to battle her fellow assassins as The Tournament rages on.

If you like your action movies to be a perpetual motion machine from the moment they get going, you’ve come to the right place with “The Tournament”. Between the premise of assassins battling to the last man/woman standing and the competition’s 24-hour time limit, there’s precious little room for the film to ever stay put. And even when it does, it’s never for long. Like its own contestants, “The Tournament” hits the ground running and just keeps going.

Bogart thinks on his feet and back 2

Harlow wants some answers from Zhen about his wifes killer

If there’s any disappointment to be had in the film, it’s undoubtedly in the brevity of Scott Adkins’ appearance as Yuri Petrov. One of the first big action sequences kicks off with he and Zhen facing off in Father MacAvoy’s abandoned church, and is unquestionably the film’s martial arts highlight. With the film being released between Scott’s freshman portrayals of Yuri Boyka and Casey Bowman, Petrov gets precious little character development beyond introductory footage of his past assassinations. However, the benefit of hindsight perhaps makes his short appearance in “The Tournament” that much sweeter. Knowing what lay ahead with the likes of “Ninja II: Shadow of a Tear” and “Accident Man”, it’s fun to look back on Scott’s early career and see how much he could steal the show back then with maybe ten minutes or so to work with. And after a whirlwind of kicking and flipping against his adversary, our antagonist from Mother Russia (literally) goes out with a bang. 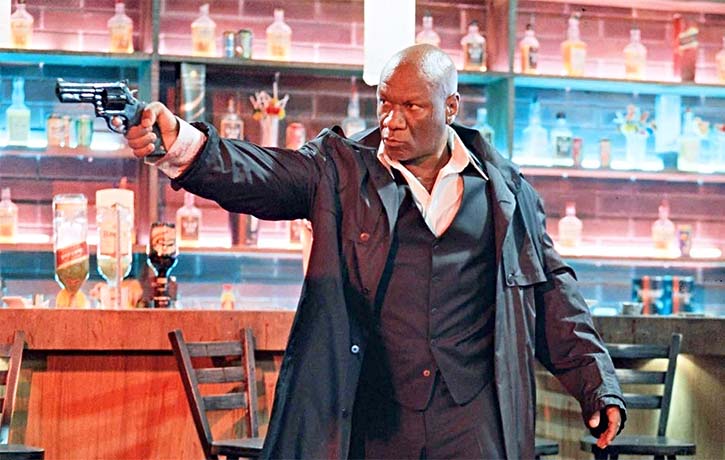 Harlow brings the arms of vengeance

Not that the film is lacking elsewhere, though. Even if you weren’t aware of Sebastien Foucan’s instrumental role in the development of Parkour (and, um, why?), he’ll still blow you away with his freerunning ability and Jackie Chan-esque stunt work. His first skirmish with Zhen and MacAvoy puts him in the position of sliding away from an incoming car with his feet braced against the bumper (a la “Mr. Nice Guy” – we don’t hand out them Jackie Chan comparisons lightly ’round these parts)!

Among the other adversaries our heroes face in “The Tournament”, Ian Somerhalder has about as much fun as anyone’s ever had playing a bad guy, and snags not one but two of the films most memorable death scenes (trust me, it makes sense). The latter comes at the end of a convenience store smackdown with Zhen, where the film also shows its unapologetically dark sense of humour in the form of a ridiculously apathetic onlooking attendant.

On a tumble down

For being such a modestly budgeted actioner, the film also really blows the lid off near the end, during a bus chase, with Zhen and MacAvoy fleeing the pursuing Harlow while Zhen goes head-to-head with Bogart. However, the theme of the film is also one of vengeance and redemption, and Harlow’s vendetta with Zhen over his wife’s death comes to a head in an emotionally potent climax. And, while it’s not as action-packed as the rest of the film, it still treats the viewer to one last bit of X-factor explosiveness!

Limited resources and production pot holes may have stalled its release, but they’re absolutely powerless to hold back “The Tournament” from being an absolute blast! With a premise that never lets the film slow down, “The Tournament” bombards you with nothing but mind-blowing action from start to finish. And for fans of Scott Adkins, his brief but show-stopping appearance makes the film a relic of his early days before he truly solidified himself in the role of another Russian kicking machine named Yuri. Talk about coming full circle!

Father MacAvoy AT MAJOR ODDS in The Tournament

Miles Slade loves his job as an assassin

Seen “The Tournament”; what are your thoughts on the film’s full-on fights and parkour action? What do you think of Scott Adkins’ action-packed role in the film given it was in the earlier days of his career? Let us know in the comments below; Like, share and join in the conversation on Facebook and follow us on Twitter & Instagram. (Tournaments, dojos, kumites whatever your taste, Enter the FUniverse and wrestle with these Top 10’s, exclusives, and you can subscribe for videos too!)