If “Scott Pilgrim”, “Kung Fu Hustle” and the art of Tai Chi were to combine and bear a child, then it would have to be called “Tai Chi Zero”! While historical figures such as Wong Fei-hung, Wong Kei-ying and Beggar So, have commonly embraced the screen in various fictitious retellings, “Tai Chi Zero” centres around the lesser-known Yang Lu Chan, who happens to be the founder of Yang-style Tai Chi and is played by newcomer and wushu champion Jayden Yuan Xiaochao.

With the acclaimed Stephen Fung as the director and Sammo Hung as the action choreographer, “Tai Chi Zero” presents a new martial arts superstar among an all-star and veteran cast.

Taking centre stage is wushu as Yang Lu Chan aka ‘The Freak’, a gifted martial artist born with a mysterious “horn” on his head. Angelababy is Chen Yuniang, Lu Chan’s love interest and daughter of Tai Chi grandmaster Chen Chang Xing, played by Tony Leung Ka Fai. Eddie Peng serves as the antagonist Fang Zijing, a Chen villager-turned-engineer and Yuniang’s fiancee who has always been treated as an outsider by the other villagers, therefore causing Zijing to retaliate and create an ‘iron monster’ called Troy, to destroy the village.

Allow me to show you To Fu style

Sometimes what you need is big shield

Yang Lu Chan is born with a mysterious horn on his head, which is revealed to be the “Three Blossoms of the Crown”, and when struck, Lu Chan goes into berserk mode. On the day Lu Chan lost his mother as a child, he was discovered by and trained under external kung fu master Lao Zhao.

Yuniang holds her own with grace

Perfect hit by the little girl

In reality, Lao Zhao is a soldier for the Divine Truth Cult, who only cares about winning battles and using his students to his advantage as noted by his overuse of Lu Chan’s horn. A doctor reveals to Lu Chan that he is dying due to Lao Zhao’s excessive use of his “Blossom of the Crown”, and persuades Lu Chan to go to the Chen village to learn Chen style Tai Chi in order to save his own life. However, learning Chen style Tai Chi is easier said than done, for the style is not allowed to be taught to outsiders. To make matters worse, Chen villager and pariah Fang Zijing seeks revenge by designing a giant iron machine known as “Troy” to wipe out the village. Lu Chan must save the Chen village from Zijingin order to earn the privilege of learning Chen style Tai Chi.

With Sammo Hung as the action choreographer, there is no exception to the fact that the fights will be worth your time for the most part. There may be some out-of-place wire work and special effects (don’t get me wrong, I still think the video game effects are pretty cool), but those are forgivable.As the movie starts, we see our hero Lu Chan roaming through and against hordes of soldiers with a qiang, or spear, in what looks like a legitimate live adaptation of the video game franchise “Dynasty Warriors”.

Once the horn on his head is punched though, Lu Chan goes all out in a manner similar to when Ryu from Street Fighter gives in to the Satsui No Hado and turns into Evil Ryu, or when Jet Li takes out his foes like a vicious dog once his collar is off in “Unleashed” (aka “Danny the Dog”.) After that is the showdown of internal vs external martial arts between Dr. Dong and Lao Zhao, which pretty much proves Dr. Dong’s point that Lu Chan must adopt a different style of fighting, a style, of course, that won’t involve using the detrimental “Blossom of the Crown” at all.

After that “Tai Chi Zero” spreads its wings and the fights are glittered with fighting game and MMORPG-like effects and texts, much accredited to the influence of “Scott Pilgrim”. Given that online games are quite the popular commodity in China and Hong Kong, this approach really attracts Tai Chi Zero a huge audience. Out of all the Chen villagers, Angelababy, as the legendary Master Chen’s daughter Chen Yuniang, stands out.

You dont scare me with that

Lu Chan was born with a horn on his head

In her two consecutive duels against Lu Chan, she manages to dance and flow her way against Lu Chan’s aggressiveness with Tai Chi’s trademark grace and gentility. Even the foot positions and technique names that accompany her fights show that she is indeed a master of her craft such that viewers feel like they’re taking a Tai Chi crash course. Do note also that not once does she flinch. Despite Yuniang’s warnings to Lu Chan that he will be beaten if he steps foot into the Chen village again, Lu Chan refuses to give up, calling for more action that comes in a set of four fights organized like a play through of arcade mode in a fighting game such as Street Fighter, Tekken or Mortal Kombat (minus the health psi bars). While the first three fights are brief and have a more “Kung Fu Hustle”-like comical feeling, the fourth fight is the real deal among them all.

After listening to the advice of the labourer (who Lu Chan didn’t know was Grandmaster Chen Chang Xing), Lu Chan starts to mimic Tai Chi moves in a fight against a tofu vendor. Instead of meeting force with force, Lu Chan eventually flows with his opponent like water, resulting in a graceful showcase of combat prowess that would make viewers forget that Lu Chan is still new to the art of Tai Chi.

The second half doesn’t come off as strong or action-packed, but is still serviceable. Much of it is built around the conflict surrounding Fang Zijing’s plans to destroy the Chen village with Troy, and there are only two fight scenes as we near the end. The fight with Lu Chan against the foreign guards in Troy is brief for a one-vs-many scenario, but it saves for the longer and better final showdown between the Chen villagers and Fang Zijing’s men. Even though you may wish for the finale to focus more on the fighters fighting and less on the villagers shooting food objects like in Fruit Ninja, you’ve got to admit that it at least was decent and it was the only time we saw Tony Leung Ka-fai in action as the great Grandmaster Chen Chang Xing. Plus, it still paved way for the better “Tai Chi Hero” that followed.

Hit me with your best shot 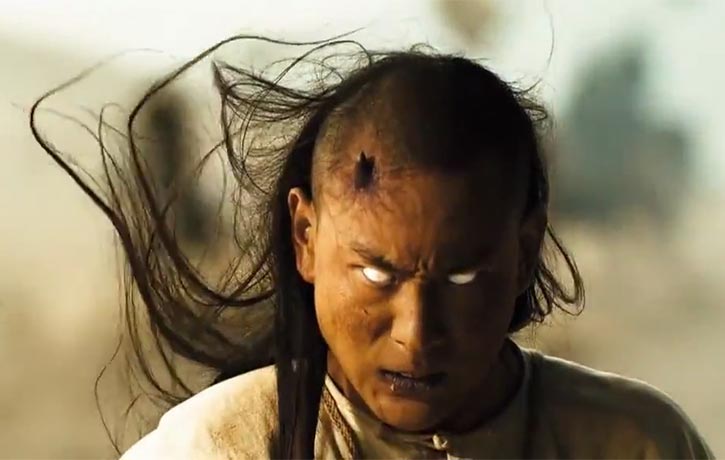 Zijing and Claire make for a wicked pair 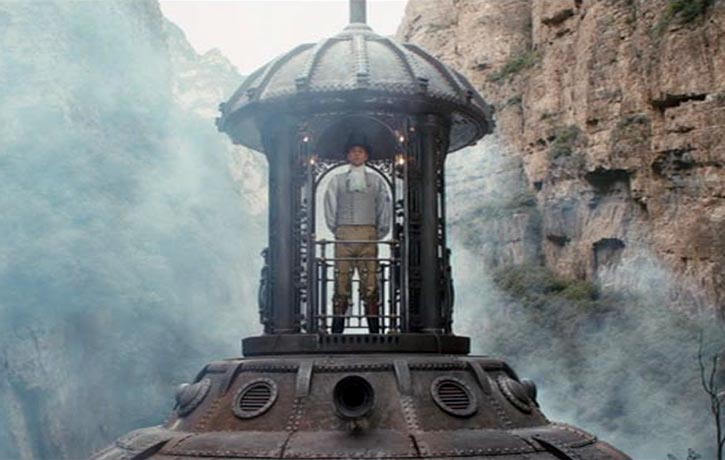 When all is said and done, “Tai Chi Zero” is not the perfect film, but it has more ups than downs and it is still a flick that provides quality entertainment, solid presentation of Tai Chi skills from the cast as well as cool video game effects that gamers would holler at. The fact that the final fight could’ve been better may ring in your head, but it doesn’t overshadow the good moments the film has to offer and had the finale been more epic, its sequel, “Tai Chi Hero” mightn’t have had anything special left in the tank to play off of in comparison to “Zero”. So, it was probably a smart move!