Jackie Chan is back in action in this fast-paced, fun, slapstick, globe-trotting romp directed by Stanley Tong.

Action legend Jackie Chan reunites with Stanley Tong, his long-time friend and director of some of his most successful films such as Police Story 3: Supercop, First Strike and Rumble in the Bronx. Here Jackie returns to his role from The Myth, starring as archaeologist “Jack”. Jack is a renowned professor of archaeology at the Terracotta Warriors Museum in Xi’an, who teams up with “Ashmita”, played by Indian film actress and model Disha Patani, who is also a real-life expert in Bollywood dance, gymnastics and yoga.

Sonu Sood is an Indian film actor, model and producer who has carved something of niche for himself playing villains, which he does so here as the ruthless “Randall”. 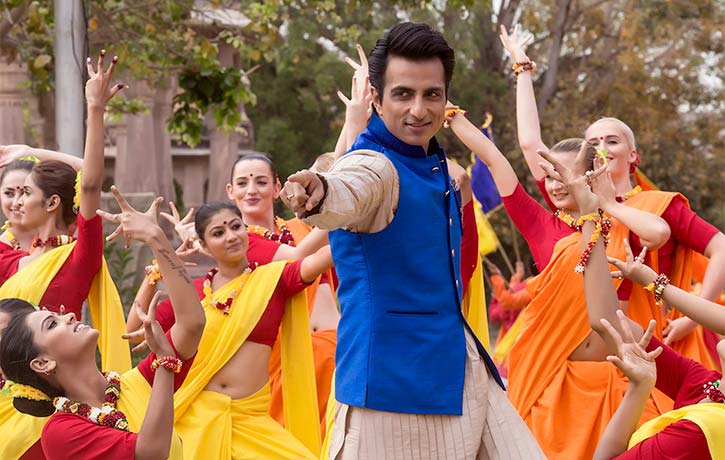 Member of the popular Asian boyband EXO, Zhang Yixing, AKA Lay, plays one of Jack’s teaching assistants “Xiaoguang”, who joins him on his search for the lost treasure. Also, playing one of Jack’s teaching assistants is Miya Muqi as “Noumin”, a keen practitioner of yoga, who also brings her technological expertise to the quest. A real-life dance, taekwondo and yoga instructor, Miya was the lead actress in the film Tomb Robber and starred opposite Gong Li and Aaron Kwok in The Monkey King 2.

Actress and model Amyra Dastur plays “Kyra”, the younger sister of Ashmita, who joins the team on their search. Making a cameo appearance is Jackie Chan’s long-time friend Eric Tsang as “Jianguo”. Tsang started his career in film as a stunt double in the 1970’s, but became one of Hong Kong’s most popular actors with roles in the My Lucky Stars series, Infernal Affairs and Gen-X Cops. He recently appeared with Jackie Chan in the action comedy Skiptrace.

Ashmita asks Jack to help her locate a lost treasure 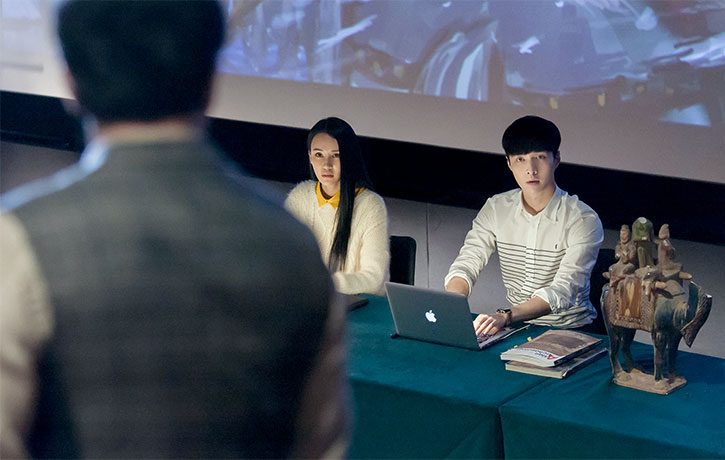 Jack and Ashmita search for treasure in the ice cave

Jack, a renowned professor of archaeology at the Terracotta Warriors Museum, teams up with young Indian professor Ashmita to locate India’s lost Magadha treasure. Heading to the icy mountains of Kunlun in Tibet, Jack’s team find the treasure underneath a frozen lake. However, they are ambushed by a group of mercenaries led by Randall who steals the treasure and leaves them there to die. Escaping from the underground icy cavern, the team head to Dubai when a 212-carat diamond artefact turns up for auction on the black market. The diamond is in fact the “Eye of Shiva” and is the key to the location of an immense hidden treasure. With the obsessive Randall trying to thwart their every move, the race is on to find a lost golden fortune in an ancient underground Shiva Temple in India.

The movie opens with a battle on a grand scale between ancient Chinese and Indian armies. Rather surprisingly it is all represented in animated CGI. The wushu-style combat and CG-rendered actors make it look like a cross between the computer games Soul Calibur and Final Fantasy. As an exercise in martial arts fantasy animation, it would be quite impressive for a game, but not necessarily for a film. It is the REAL Jackie Chan we want to see in action and the first hint that he’s not quite ready to retire yet is an energetic blast on a unique cube-shaped wooden dummy.

Kung Fu Karpet Jackie up to his old tricks 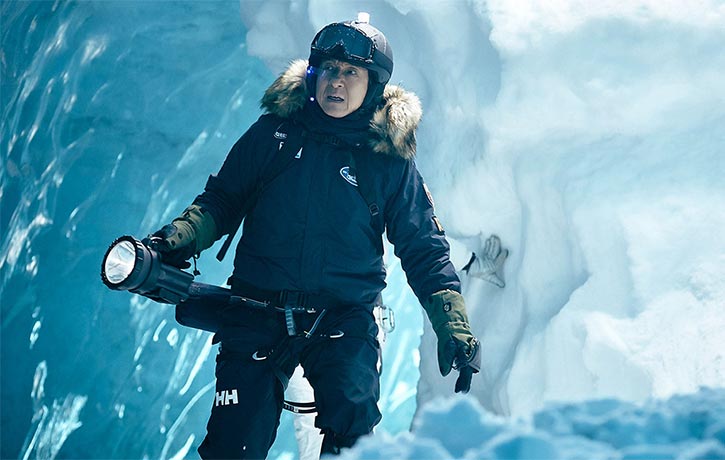 Iceland stood in for Tibet

Once the globe-trotting starts Jackie has a decent little spar with Aarif Rahman on the frozen ice floes of Iceland, which stands in for Tibet. He doesn’t leap about too much so there is no need to fake it with wires. Everything is close-quarters and flows like a kung fu dance routine. When the bad guys first catch up with Jackie and his team, it’s actually left to Aarif to do the colourful leaps and spins around the multi-tiered set. Jackie concentrates on the fisticuffs as he boxes the bad guys around the icy stalactites. It is almost the perfect choreography style for Jackie now he is nearly of pensionable age.

When a fight breaks out in a Dubai hotel, Jackie shows off his famous agility with some new spins on some familiar old tricks with props. Using a briefcase and a rug, the choreography manages to be familiar yet still fresh. It leads to an insane supercar chase scene that makes the Fast and the Furious franchise’s more recent efforts look positively grounded in realism.

A set-piece action sequence in an Indian market involves Jackie’s co-stars fighting off the clichéd bad guys, but he still manages to join in the fun with a neat staff versus sword fight.

Namaste from Jackie and cast on Kung Fu Yoga

Xiaoguang and Noumin take part in an insane supercar chase

As Jackie gets ever closer in the search for the lost treasure, we enter Indiana Jones territory. Jackie even says as much out loud. The final throwdown takes place in an ancient temple setting. The whole main cast get involved, with Jackie allowing plenty of limelight to shine on each team member.

Sadly, as in a couple of Jackie’s more recent releases, there are no outtakes to enjoy during the credits (maybe he didn’t hurt himself for once?). Instead we get a bouncing Bollywood dance number!

This film demonstrates that with the right director and editing, Jackie can still deliver entertaining and amusing action. Compared to the editing of the fights in “Skiptrace”, it highlights quite brutally how badly Jackie was short-changed in that effort. I have seen Jackie’s inventive use of a rug in Armour of God 2: Operation Condor and dozens of his fights with a pole, but he still, incredibly, manages to include fresh new innovations when using various props throughout this movie.

In the action stakes, however this is almost as much a showcase for Aarif Rahman as it is for Jackie. He copes well with Jackie’s familiar rhythmical fighting style, although it always looks heavily choreographed and a little unnatural. But this is maybe a way forward for Jackie; let a younger co-star do the acrobatics and crazy stunts, while the master himself concentrates on more grounded action and comedy.

The globe-trotting nature of the story provides some pretty locations and moves from one set-piece to another at a brisk pace. The CGI effects, mainly representing dangerous animals, are actually quite well done for once in a film of this nature, although mostly used for a bit of silly fun.

And that is exactly what this film is – silly fun. Jackie still pulls off enough nifty tricks and funny moments that I found myself grinning at the film’s conclusion. Embrace this film like a live action Jackie Chan cartoon and kids of 12 along with big kids like me will enjoy the daftness!

Check out our interview with superstar Jackie Chan in which he talks about working on “Kung fu Yoga”!