Following the success of its first live-action film, Rurouni Kenshin came back full force for a sequel story in 2014, two years after its predecessor conquered the hearts of many anime, manga, and samurai film fans. In fact, the sequel story of the former legendary man-slayer was big enough that it was split into two films, both released the same year.

“Kyoto Inferno”, the first part of the sequel story, expanded the world of Rurouni Kenshin, bringing the protagonist to the old capital of Japan, Kyoto, and introduced a story intertwined with ninja, broken blades, and a vengeful plot fueled by burning hatred.

“Kyoto Inferno” scales up everything that made the first film great: cleanly-executed action, characters brought to life by a talented cast, and a quality story steeped in Japanese history. The over two-hour run time can seem drawn out at times, all the more considering it is a two- part story, however it more than makes up for it with many stand-out action and drama moments. Though sequels to a success can easily fall apart, “Kyoto Inferno” carries on the tradition of greatness set by its predecessor. 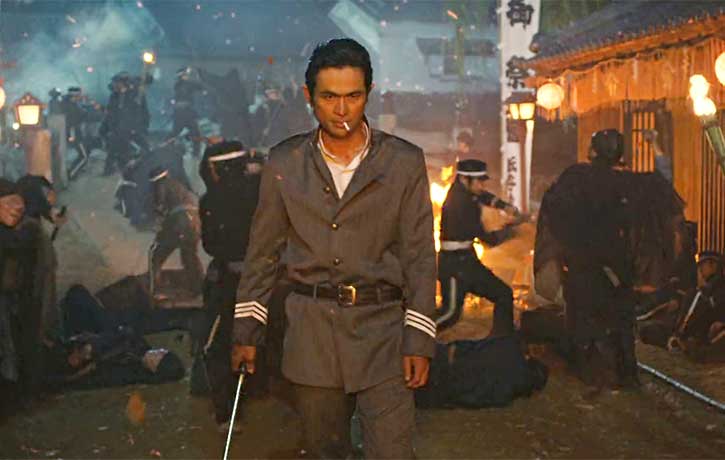 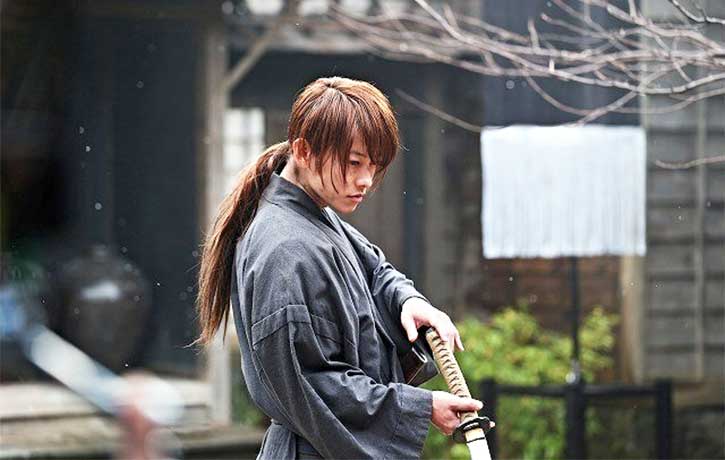 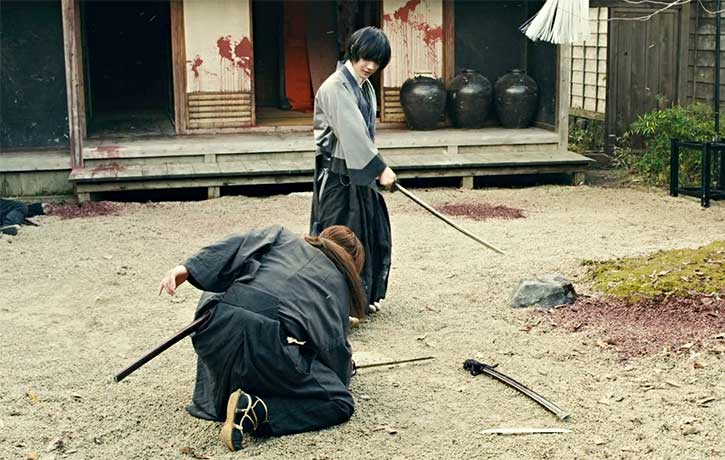 Kaito Oyagi comes in as the young and witty swordsman, Yahiko Myojin and newcomer Tao Tsuchiya acts as a bright addition to the storyline in the role of Misao Makimachi, a young Kunoichi in the ninja group, Oniwabanshu. Another new face, Yūsuke Iseya plays Shinomori Aoshi, a fighter with a mission drawing him closer and closer to Kenshin.

Tatsuya Fujiwara brings a strong and evil gravitas to the role of the burned villain, Shishio Makoto and Kamiki Ryunosuke gleefully plays the loyal right-hand man to Shishio, Seta Sojiro, expertly matching the protagonist in speed and skilled sword maneuvers. Also standing out uniquely as a member in Shishio’s murderous plans is Sawagejō Chō, played by Ryosuke Miura. 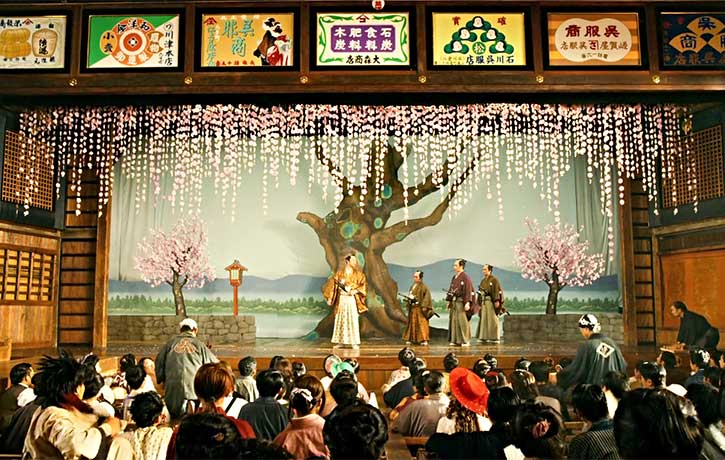 Kenichi finds his life story is now a play 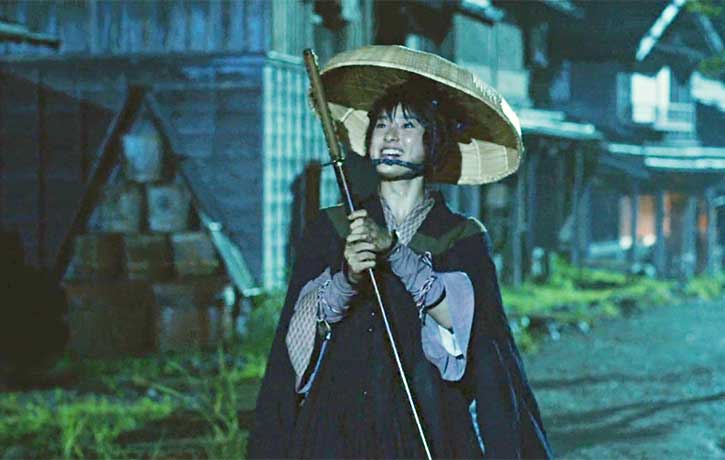 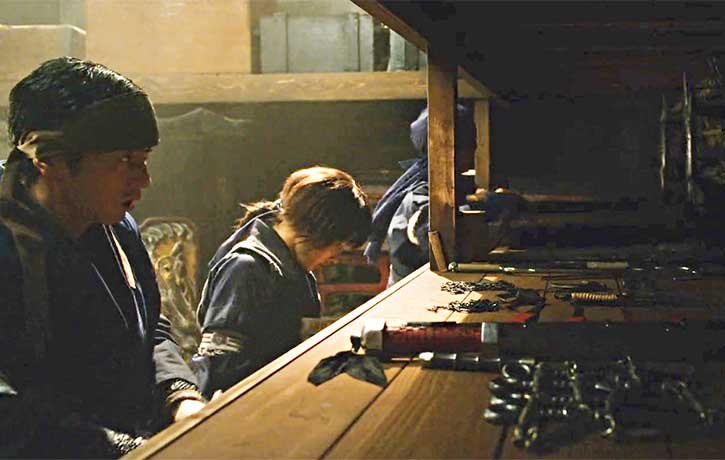 Betrayed, burned, and forgotten by the government which employed him, Shishio Makoto seeks to exact revenge on those for whom he once worked. His violence inspires the Japanese government to find and enlist the aid of the former legendary man-slayer, Kenshin Himura.

Though at first opposed to drawing his sword once more, he is eventually persuaded to leave his peaceful life now residing in Kaori’s dojo and to travel to Kyoto in order to put an end to the rising threat. This journey to the old capital brings Kenshin in contact with a group of ninja, a ruthless and skilled enemy army, and an encounter that leaves him in search of a weapon upgrade. 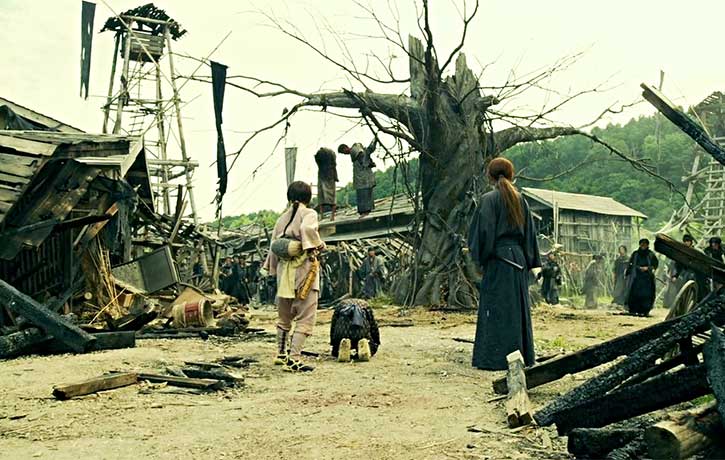 A town is left destroyed by Shishios men 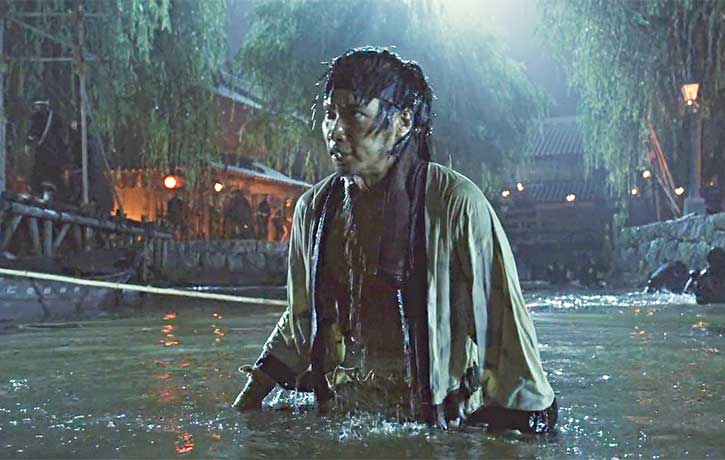 Sanosuke ends up wet rather than fighting the army 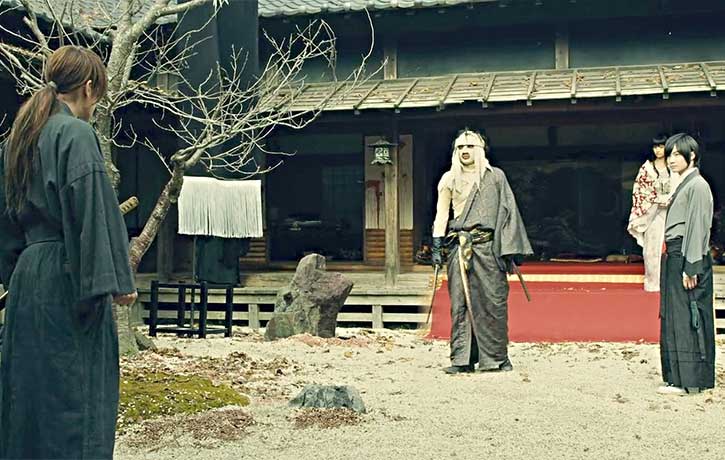 Kenichi and Shishio meet at last

This sequel continues the trend of exhilarating fight scenes first demonstrated in the 2012 film. The first film set the bar high for what could be done with a sword and a former man-slayer, and this newer entry doesn’t fail to meet this either.

The choreography is creative and well-paced, contrasting high-speed action with unexpected movements. Though Kenshin appears as a highly skilled swordsman, many of his opponents match him in a realistic manner that showcases the talent of both performers. That’s not to say the film doesn’t let the audience indulge in an occasional one-versus-many beatdown however.

It is the ease with which Kenshin moves and attacks his foes that accentuates the skill attributed to the character. One of my gripes with the film’s predecessor was a slight excess of slow motion moments. That concern was nowhere in sight in this film as they appear to rely on the pacing of the fight to highlight the action rather than “movie magic”. 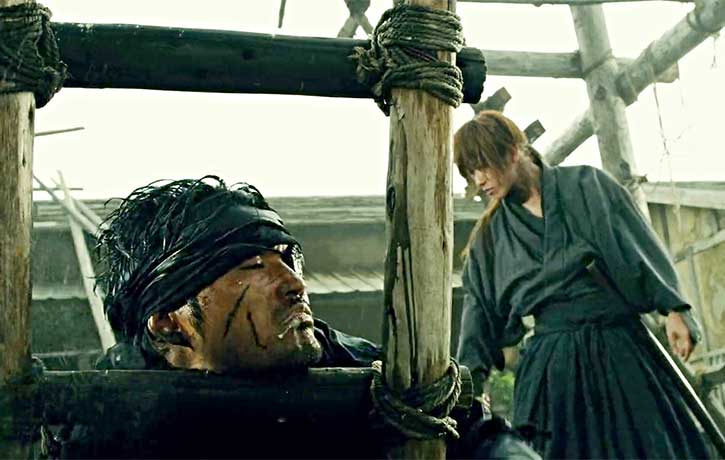 The final blow to one of Shishios men

The villain makes his appearance 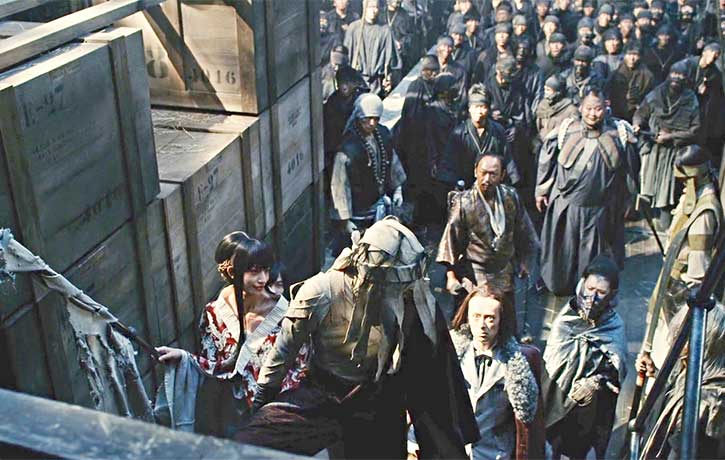 Shishios army gets ready to attack

The strong expression and characterization of each person’s fighting style keeps the film refreshing. No two fighters move exactly alike. Whether it’s the light-footed playfulness of Seta Sojiro or the deliberate style of Aoshi Shinomori in motion, every action they take reflects who they are. While any good action flick differentiates a personal style for their fighters, few do it quite as well as this one. “Rurouni Kenshin: Kyoto Inferno” takes everything they did right in the first film and focuses on fine tuning it into an even more impressive spectacle.

As difficult as it can be to surpass a previous success, “Rurouni Kenshin: Kyoto Inferno” manages to do this surprisingly well. Taking a page from Bruce Lee’s philosophy, the film “absorbs what is useful, rejects what is useless, and adds what is essentially its own”.

Building on what worked in the first film and scaling it larger makes this live-action adaptation of the popular manga series a definite one to view, experience and appreciate. 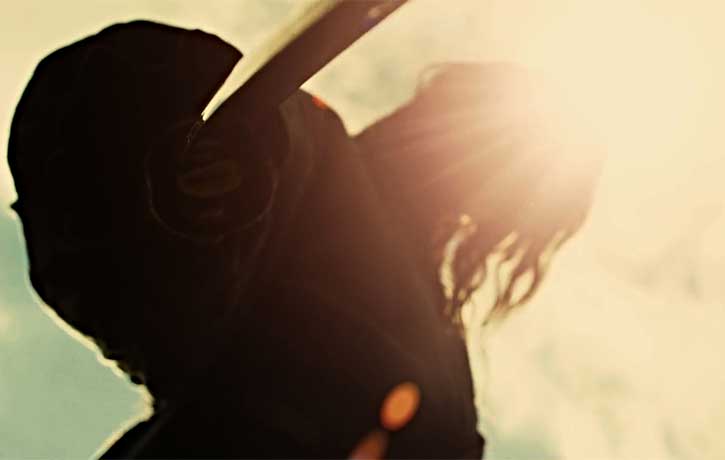 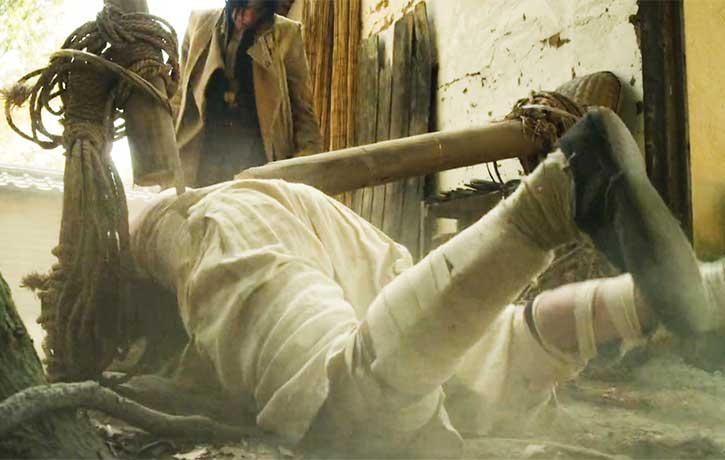 Aoshi takes out his opponent 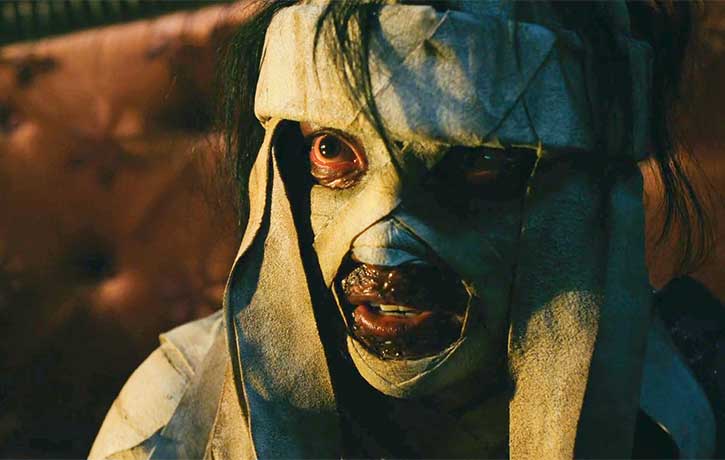 Seen “Rurouni Kenshin Part II – Kyoto Inferno”? What do you think of the fights in this sequel compared to the first movie? Do you think this series is quite possibly the best live-adaptation manga so far? Let us know in the comments below; Like, share and join in the conversation on Facebook and follow us on Twitter & Instagram.

Sharpen your sleek samurai skills by swooping onto the FUniversity of Top 10 Samurai fights scenes, show us your best pose garbed as a KFK warrior, and subscribe for more multi-dimensional fight action on YouTube!