Presented from a stunning new 2K restoration, this is a thrilling wuxia classic from master craftsman King Hu! Available on DVD and Blu-ray for the first time in the UK from 21st October 2019, courtesy of Eureka Entertainment. Starring Roy Chiao, Hsu Feng and Angela Mao, with action choreography by Sammo Hung.

The ever-popular Roy Chiao-hung stars as “Tsao Yu-kun”, an undercover rebel agent. Chiao will be familiar to many movie fans from his roles in “A Touch of Zen“, “Enter the Dragon“, “Game of Death“, “Bloodsport” and “Indiana Jones and the Temple of Doom”. An actress in nearly 120 movies, Li Li-Hua stars as the innkeeper “Wan Jen-mi”.

A regular in King Hu’s movies, Taiwanese actress Feng Hsu plays “Lee Wan-erh”, Lee Khan’s sister and a highly skilled fighter. Having appeared in classics such as “Dragon Inn”, “A Touch of Zen”, “The Valiant Ones”, and “Legend of the Mountain”, Hsu also produced the highly acclaimed “Farewell My Concubine”.

Tien Feng stars as the titular “Lee Khan”. In a career spanning over 40 years, he acted in or directed over 120 films. He is best known to martial arts fans for his roles in movies such as “King Boxer”, “Fist of Fury“, “The Young Master” and “Miracles”.

The movie is a well crafted often witty and intriguing thriller

Taiwanese actress Angela Mao Ying plays “Hai Mu-tan”, a waitress at the Spring Inn, who also happens to possess incredible martial arts skills! Originally trained in traditional Opera, Mao studied Hapkido, Wushu, Taekwondo and other forms of martial arts to prepare for her various movie roles. She shot to fame in 1972 with her films “Deadly China Doll”, “Hapkido” and “Lady Whirlwind”. Mao is probably most recognised for her role as the sister of Bruce Lee’s character in the film “Enter the Dragon”.

Lee Khan, a dangerous and cunning Mongol official and his equally deadly sister Lee Wan-erh, arrive at the Spring Inn. Their mission is to obtain a battle map that reveals the location of the Chinese rebel army. Unbeknownst to them, the inn is populated by a group of resistance fighters, including an all-female group of ex-convicts, who plan to recapture the map, whatever the cost.

After a bit of scene setting in the inn with the friendly-but- put-upon waitresses, we get a brief taste of some action. Three bandits burst into the inn brandishing swords. We quickly learn that the female servants at the inn are not the delicate flowers we were led to believe they were. They are in fact tough and courageous fighters who are not afraid to teach the bandits a lesson.

The action was directed by a then very young Sammo Hung

Much like an old western saloon, the waitresses have to deal with drunks and cheating gamblers. With the action directed by a then very young Sammo Hung, the choreography is not overly complex, but there are some high kicks, occasional acrobatics, and even a little slapstick. Nonetheless, the way King Hu captures the fighting means he always maintains the threat of violence and possibility of death.

The finale features mostly swordplay and it is Angela Mao who steals the scene, not only with her fighting skills but a solid dramatic performance as well.

Bonus features include an informative commentary by Tony Rayns, an excellent video essay on the film from Anne Billson and David Cairns, and a fascinating accompanying booklet featuring the thoughts of David West and Stephen Teo on the work of King Hu.

“The Fate of Lee Khan” isn’t a non-stop martial arts action movie. It is a well-crafted, often witty and intriguing thriller. Using the confines of the inn acts like a pressure cooker, building the tension to bursting point, especially when Lee Khan and his entourage arrive on the scene. Having just a few action scenes actually reinforces the construction of the onscreen tension. 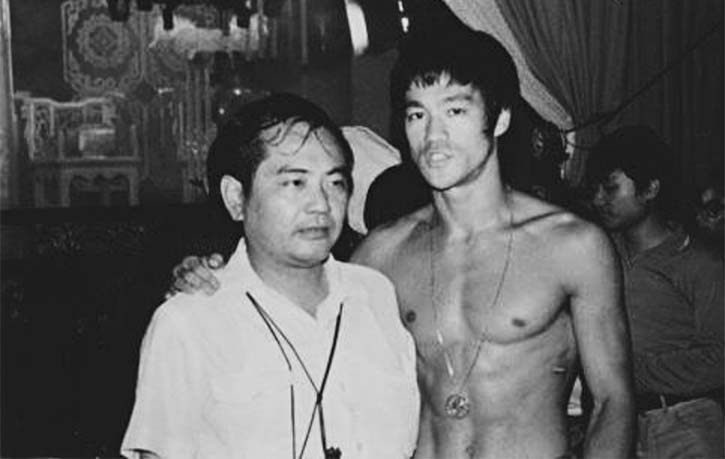 The film restoration really does do credit to King Hu’s beautifully-filmed scenes, whether they are on the colourful sets or in barren exterior locations. You would never know from the high definition picture that this movie is nearly fifty years old! Stylistically the movie reminded me of an old Hollywood western. Even the music score sounds like it came from an oriental cowboy film.

Something that stood out for me was the acting performances. Made at a time when many martial arts films could be overly melodramatic, the lead performances are much more subtle and less theatrical then you might expect. It is also nice to see so many empowered female leads, as both good and bad characters.

Although King Hu has obviously been influenced by some western cinema, you can also see how this movie, alongside “Dragon Inn” and “A Touch of Zen”, influenced subsequent film makers, such as Ang Lee and Quentin Tarantino. Fans of the wuxia genre, classic Samurai movies, the westerns of John Ford and Sergio Leone, or even Tarantino’s “Hateful Eight”, will lap this classic up!

The 2K restoration does credit to the beautifully filmed scenes

Welcome to the Spring Inn

The rebels must get the map back at any cost

It is nice to see so many empowered female leads

Whether you put your FATE in FU or not, you can get a lot more by visiting these Top 5’s, Top 10’s, exclusive interviews, be KFK’d like a boss in Official KFK merch, and subscribe for more martial arts action on YouTube!

I Am Jackie Chan: My Life in Action