One of China’s biggest celebrities, actress Zhang Ziyi stars as “Empress Wan”. Having trained as a dancer from a young age, she made her television movie debut at 16 in “Touching Starlight”. Auteur director Zhang Yimou gave her a full big screen debut in “The Road Home”, but it was her performance as Yu Jiaolong in Ang Lee’s “Crouching Tiger, Hidden Dragon”, that brought Ziyi to worldwide audiences and acclaim.

Her dance training gave her the physical attributes to perform the intricate martial arts choreography with flexibility, grace and beauty. She has gone on to appear in popular titles such as “Rush Hour 2”, “Hero”, “House of Flying Daggers”, “Memoirs of a Geisha”, “The Grandmaster” and Hollywood’s “The Coverfield Paradox” and “Godzilla: King of the Monsters”.

One of the most recognisable acting personalities in China, Ge You stars as “Emperor Li”. Coming from an acting family, Ge You was the first Asian actor to win the Cannes Best Actor Award for his role in the Zhang Yimou movie “To Live” in 1994. He is probably best known to international audiences as Yuan Shiqing in the acclaimed movie “Farewell My Concubine”.

Asian-American film star Daniel Wu plays the Crown Prince “Wu Luan”. Wu was born and raised in California, and studied wushu from the age of 11. His breakthrough role came in the Benny Chan-directed “Gen-X Cops“. He appeared in Teddy Chen‘s action thriller “Purple Storm”, and the action-packed “2000 A.D.” He received acclaim for his performance in “One Night in Mongkok” and as the villain in Jackie Chan‘s “New Police Story“. In 2015, Wu took the lead role in the martial arts action television series “Into the Badlands“. 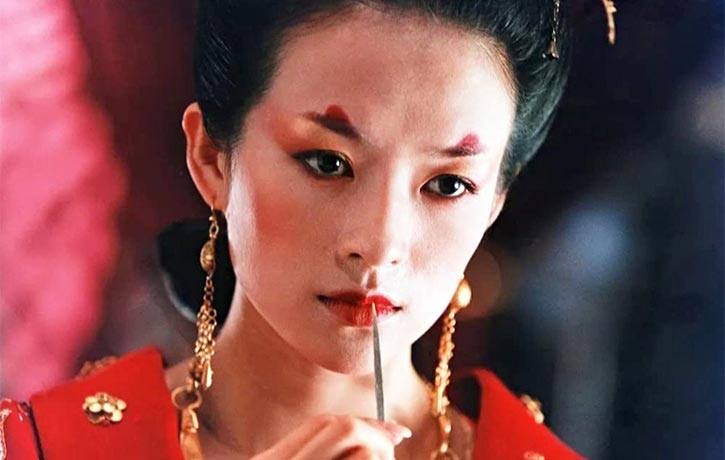 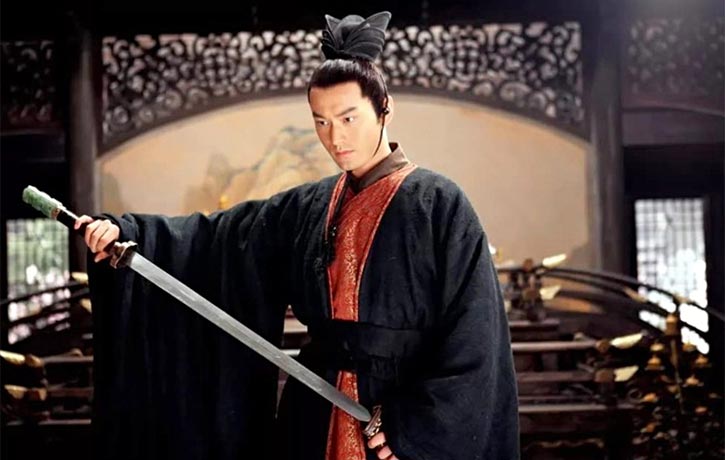 Zhou Xun stars as “Qing Nu”, lady-in-waiting to the empress. At the turn of the millennium she was considered one of the “Four Dan Actresses” alongside Zhang Ziyi, Zhao Wei and Xu Jinglei, the four most bankable young actresses from Mainland China.

She has appeared in films such as “The Emperor and the Assassin”, “Suzhou River”, “The Legend of the Condor Heroes”, “Painted Skin”, “The Message”, ”True Legend”, the Hollywood blockbuster “Cloud Atlas” and the recent Chinese fantasy film that debuted on Netflix, “The Yinyang Master”.

In 907 AD, the Tang Dynasty is in tatters with infighting between the various factions of the imperial family. Crown Prince Wu Luan loves Little Wan, but his father takes her as his Empress.

Heartbroken, Wu Luan goes into exile, studying dance and music. Wu Luan’s Uncle Li murders his father, taking the throne and the Empress in the process. To ensure his succession is not usurped, Emperor Li sends a team of assassins to kill Wu Luan.

The Crown Prince manages to elude death and returns to the imperial court. For Little Wan’s coronation the Emperor arranges a midnight banquet on the 100th day of his rule. Poison, treachery, Wu Luan’s return, and the love of the innocent Qing for Wu Luan set up a tense and tragic confrontation. 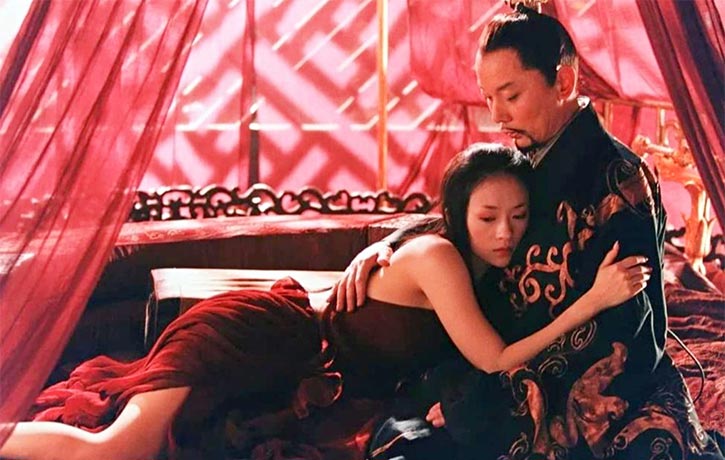 Li takes the throne and the Empress 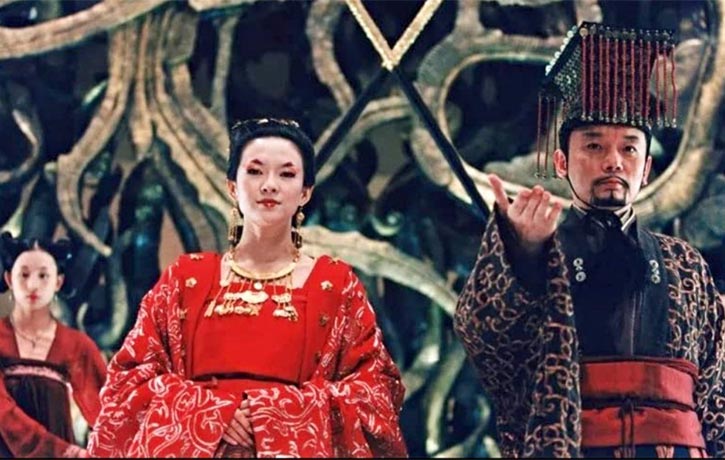 The Emperor arranges a banquet for the coronation of the Empress 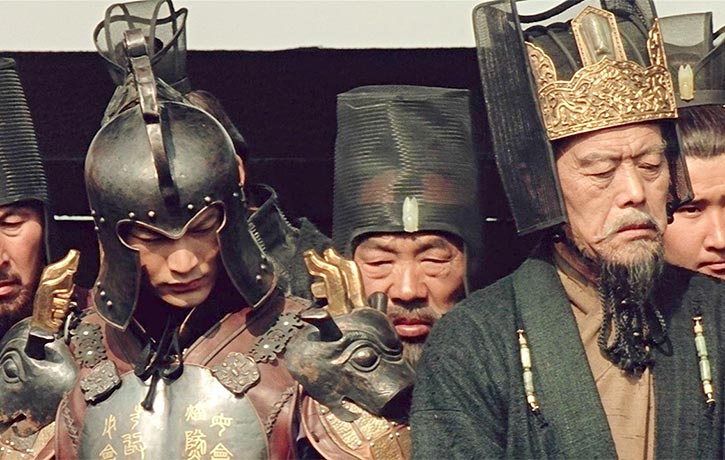 Time for some big decisions

Bamboo-Forest Fight Kicks off the Action

The action kicks off against the classic backdrop of a bamboo forest.

Although it features sumptuous, glossy cinematography, the fight does not shy away from the bloodiness of bladed combat, especially when the soldiers attack the white-linen clad members of Prince Wu Luan’s retreat.

Zhang Ziyi first displays her skills in a balletic slow-motion duel. The artistic nature of the filming certainly accentuates the former dancer’s skills rather than the wushu-like fighting style she performed in “Crouching Tiger, Hidden Dragon”. 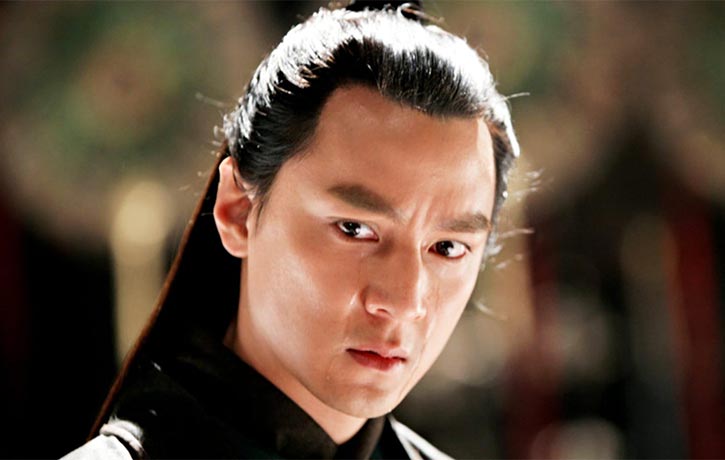 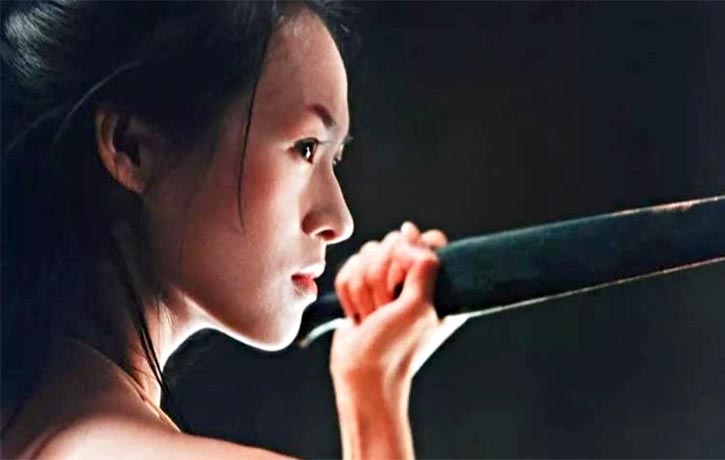 A dress rehearsal for the Empress’s coronation becomes an apparent attempt on the Prince’s life. Lots of slow-motion wirework intersperses the intricate sword fighting, as Wu Luan defends himself against a dozen or so soldiers.

A Tense Game of Twists & Turns…

The banquet itself is a tense game of “who will assassinate who”. There isn’t much in the way of martial arts action per se, but it does provide a few twists and turns!

Tenuously based on Shakespeare’s “Hamlet”, as you might expect, this is a lofty piece of art house cinema, rather than a martial arts action film. Every frame of film certainly presents a gorgeous portrait, and there is much Shakespearean tragedy, tension and scheming in the plot and dialogue.

The few occurrences of martial arts action hold up well though, more akin to beautifully choreographed and photographed pieces of art or dance, rather than the frantic fights of a more conventional action film.

The production as a whole oozes with big budget quality in its sets, costumes and the music score by Tan Dun, who was also responsible for the “Crouching Tiger, Hidden Dragon” and “Hero” soundtracks. 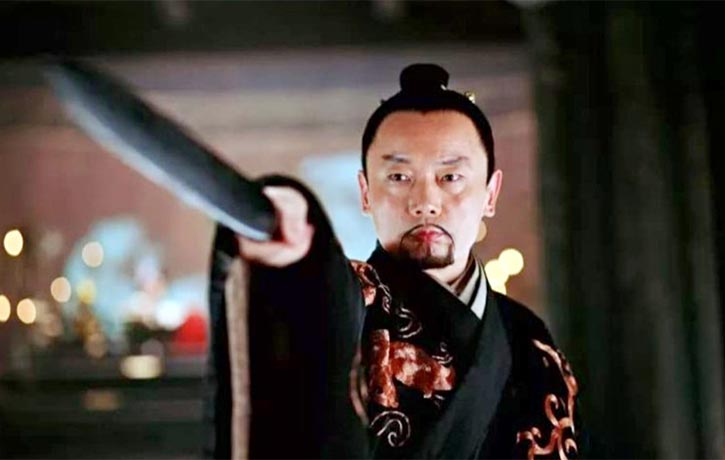 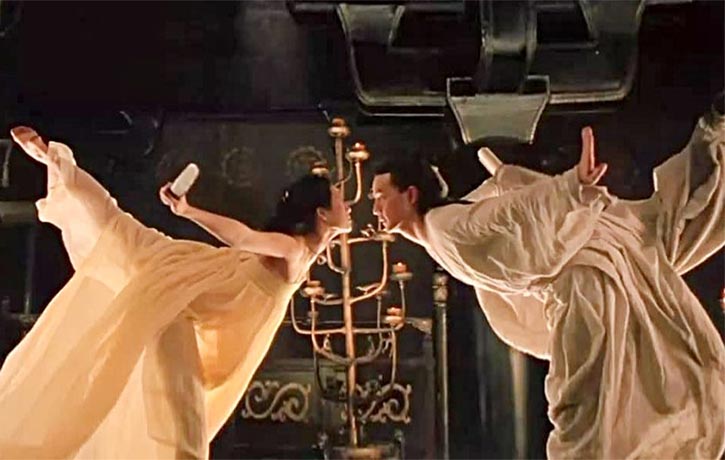 The acting performances are also very good, delivered in a more subtle, modern fashion rather than the excessive melodrama that can inhabit older Chinese films. Remarkable when you consider that this IS basically a Chinese interpretation of a Shakespearean drama.

If you like a more absorbing film, that is achingly pretty to look at, “The Banquet” provides a veritable feast! 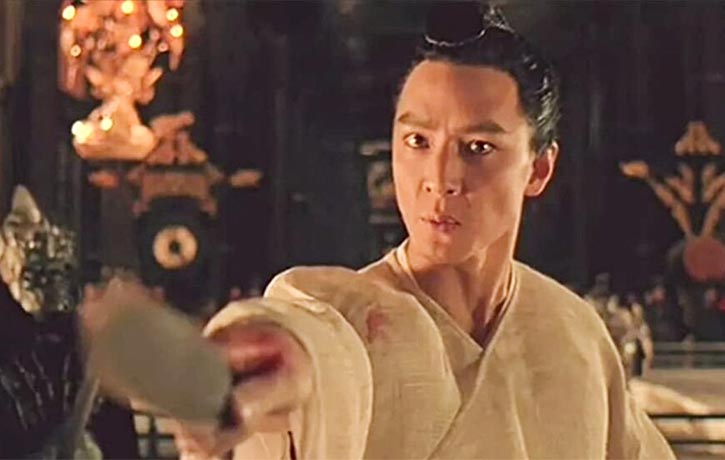 Poison treachery and love set up a tense and tragic confrontation 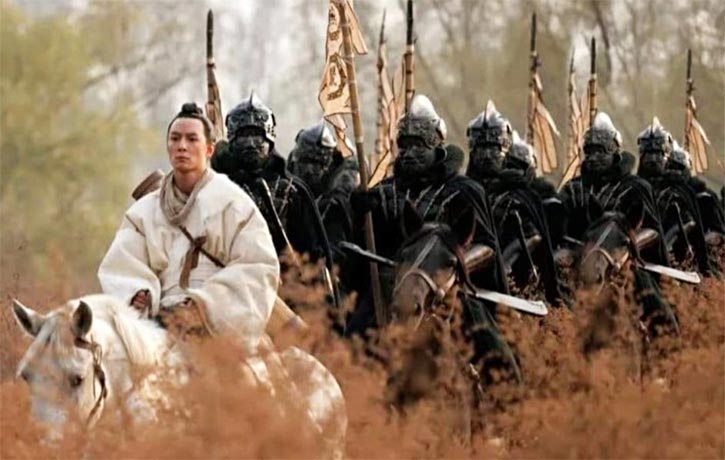 Have you feasted on “THE BANQUET”? Does it rank among your favourite wuxia/martial-arts dramas? Where would you place it among classics such as “Hero”, “Crouching Tiger, Hidden Dragon” and “House of Flying Daggers”? Let us know in the comments below; Like, share and join in the conversation on Facebook and follow us on Twitter & Instagram!

TIME FOR A VERITABLE BANK HOLIDAY FEAST OF FU…with these Top 10’s, Top 5’s, deep-dive interviews, enact your own SHAKESPEAREAN action epic in KFK WEAR, and subscribe to FEED on more stylish moves on YouTube!