Great news reaches us here in the Kung Fu Kingdom, that some of our favourite action stars will be visiting our shores next month – for a veritable UNITED KINGDOM in KUNG FU!

Hosted by Monopoly Events they will be bringing stars from some of Hollywood’s biggest blockbusters and most popular television series’ including “Star Wars“, “Back to the Future”, “Rocky“, “Beverly Hills Cop”, “Sons of Anarchy”, “Game of Thrones” and many, many more!

2019’s Comic Con Scotland will take place at Royal Highland Centre in the beautiful city of Edinburgh, Scotland on 12th and 13th October.

Especially exciting for fans of martial arts action is the opportunity to meet the legend that is Jean-Claude Van Damme! If that isn’t thrilling enough, he will be joined by his co-star from the movies “Bloodsport” and “Double Impact“, the Chinese Hercules himself, Bolo Yeung! This is the first time the star, who made his name opposite Bruce Lee in “Enter the Dragon” has visited the UK! Michel Qissi, who played ‘Tong Po’ in “Kickboxer“, probably JCVD’s most popular movie foe, will also be in attendance.

Originally born in Scotland, British wushu expert and the action star behind such popular characters as Darth Maul in “Star Wars: The Phantom Menace” and “Solo: A Star Wars Story”, Toad in “X-Men”, and Snake Eyes in the “G.I. Joe” movies, actor Ray Park will be joining the line up.

Fans of wrestling will be well-served with three WWE legends making appearances, Brutus Beefcake, Marty Jannetty and the one-and-only Undertaker! 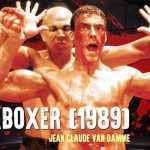 Meet the stars of Kickboxer and Bloodsport

There will be Q&A sessions, meet & greets and autograph and photo opportunities with all of your favourite stars, as well as exciting events, stalls and activities taking place throughout the weekend.

Stay tuned for further news and some exciting EXCLUSIVE coverage of this action-packed event, and maybe even a free-ticket competition if you feel lucky rolling with Monopoly! Meantime, TICKETS ARE SELLING FAST…

Many stars of Hollywood blockbusters will be in attendance

Do you dare to meet The Undertaker

Want to meet these legends? Are you going to Scotland for this tremendously action-packed event? Let us know in the comments below, and join in the conversation on Facebook, Twitter and Instagram. Stay UNITED in FU by checking out these reviews, Top 10’s, detailed interviews, get your KFK merch while you’re at it and don’t forget to subscribe to our YouTube channel for more exciting, exclusive content, features, latest trailers and much, much more!