For Ninja II: Shadow of a Tear, we’ve been hearing comments from people all over the world who have been moved beyond their usual depths at the sheer spirit, energy and dedication of the people that made the film possible, it’s widely celebrated as being the best action movie of the year by far. If you’re an action fan and you’ve yet to see it then you’re in for real a treat, watch it and share your views with us in the comments.

In the meantime, we hear the sound of snapping twigs, crunching leaves and the occasional hissing cobra -there are grumbles in the jungle because we’ve got a little unfinished business. So without further ado, let’s continue on with part two of our exclusive interview with Scott, where he talks more about movies, training tips (for those of you with new year’s ‘keep fit’ resolutions!) and more…

So, can you tell us what was it like working with Sylvester Stallone and Arnold Schwarzenegger for example on The Expendables 2?

Originally I was going to be in the first Expendables, but I couldn’t make it. To be with them on the set this time around them inspired me; sharing stories with Sylvester about the Rocky movies and with Arnie on his bodybuilding days was great.

Out of all the action stars/fighters that you’ve starred with so far, who’s fighting style do you like the most, who do you really resonate with?

I’d have to say Jackie Chan. He is the Buster Keaton of his day and he’s adept at every part of film making, whether acting, directing, editing and he has put his body on the line so many times. Just look at Chinese Zodiac, it’s inventive and quintessentially Jackie!

Who else would you rate as an onscreen fighter/martial artist that you’d like to work with in the future?

I’d like to work alongside Tony Jaa on an equal footing. We’re the same age, both like lots of action as well as admire each other’s work. I’d also like to work with Donnie Yen if possible.

Could you reel off your definitive list of martial arts movies?

Sure, in addition to those already mentioned in no particular order: Fist of Fury, Fearless, The Raid, Bloodsport, Kickboxer, Armour of God, Dragons Forever, and The Karate Kid (you may laugh, but it’s such a good story that kids can watch it and the message behind it is great).

Fist of Legend (the end fight too) and Wheels on Meals (end fight between Benny The Jet and Jackie Chan, I love it when Jackie is being directed by Sammo Hung) and Flash Point (the end fight).

Which of your own movies do you like the most? 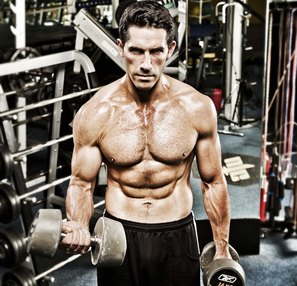 And now the icing on the cake, your top three favourite fight scenes from your own movies.

We’ve seen martial artists’ physical skills and abilities become more intricate over the years, we’ve seen Jackie Chan, Donnie Yen and Tony Jaa etc all take the physical body to new heights exploring the reaches of its potential. Where do you think it evolves from here, what’s next?

These days there’s a lot about “tricking”, kids are doing this stuff, I mean it’s incredible what they can do, yet I also think they need to be grounded in some kind of solid traditional/basic practices to be able to sell the technique and the move properly. For example, if you do a jump-spinning back kick and follow with a roundhouse, you’ve got to make it connect otherwise people have the impression that it would never work in reality. If you can do the extravagant, sophisticated moves, you’ve also got to land them, otherwise you won’t sell it.

What kind of workouts do you do these days?

If I’m getting ready for a film, I’ll workout five days a week including weight training three times a week. One session will be plyometric based: for legs I do jumps, lunges, box jumps and so on. Then I’ll fit in some martial arts training and kicks. Short burst, fast running for twenty minute intervals helps burn fat and you can vary the speed. I do vary my training to keep it interesting.

Is your favourite move the Guyver kick?

Well, it became that! I think it was first done by the Korean martial arts actor, Won Jin in Operation Scorpio (aka Scorpion King). 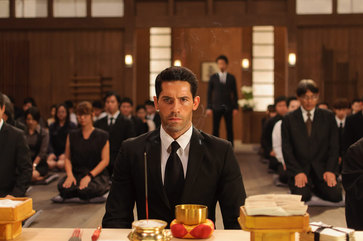 What’s the most daring stunt you’ve ever done?

Doing lots of somersaults onto crash mats, falling a few feet after doing a ninja kick around a bar, I also ran up a turnbuckle post and did an inverted-tucked somersault in Undisputed III (in the fight we’ve mentioned against Lateef Crowder). You may not know this, but I actually trained with Cyril Rafaelli (District 13) for a few months too.

What kind of injuries have you had and how have you worked around them?

I’ve had a torn ACL, slipped disc, trapped nerves. Now I’m fine because I’ve had time to rest and stretch to make sure I maintained my mobility.

Make sure you show up! Sometimes it seems hard, but it still counts as training so just keep at it. Keep improving, be consistent and you’ll reach whatever goal you’re seeking; that goes for whether you’re in the gym or anything else you want to achieve.

How do you unwind and recuperate after a physically demanding workout or movie shoot?

By doing yoga. It prevents you from getting injured which can happen for example if you lift a lot of weights, you can become stiff and then something snaps.

One tip to help you jump higher? 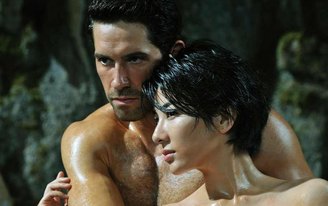 Practice plyometrics. I’ve always been able to jump, not just training jumping specifically but just the moves that involve jumping. Just training it over and over until you can jump higher and higher. I think I’ve always been a good natural long and high jumper and played for my county whilst at school. I think it’s also something to do with the proportion of fast-twitch muscle fibres that I have, it’s useful to be blessed with good genetics!

Your top tips for achieving the splits?

Just keep stretching everyday while watching TV, relaxing and resetting the nerves to get accustomed to it and then go a little further to stimulate beyond the last reset point.

Eat a lot of protein and hit the gym. I myself eat lean chicken, turkey mince and steak.

Watching your diet and dropping body fat. Twists and turns and flexing your transverse abdominals are better than sit-ups and your core also gets a workout from your other exercises. Keep training until you make these a natural part of yourself.

For getting lean and cut?

I stop eating carbs after 4pm, but it’s okay to treat yourself now and again!

Scott at the UK premiere of The Expendables 2

Many people remark how remarkable you looked (and performed) in Undisputed III would you say that was the best shape and condition you ever appeared in any of your movies?

Just UFC, I watch it religiously.

Action movies can be a tough business, a decade plus, of hard work, were you ever tempted to quit and turn to other things?

Honestly this is the only profession I’ve ever wanted for myself but I guess it would be fitness based or teaching martial arts. My motivation comes from wanting to keep working, building a stronger fan base and hopefully get the chance to make bigger budget films and show Hollywood what I’m made of.

You’re a family man, married with a daughter, will you be getting her trained from young in the martial arts, and if so in what way, do you have a plan in mind?

I’m trying to teach my little girl to kick and when she does she’s very good at it, but she only wants to do it when she wants to do it. Maybe when she’s older she’ll let me teach her more, she’s only two!

What achievement so far are you particularly proud about, what’s been the highlight of your career so far?

I was very proud to be asked to be in Expendables 2 with all the action legends. It’s a bit like getting a badge of honour from the best in the business, so it was great to be included.

What projects are next in the pipeline for you?

Aside from Undisputed IV, I’m just waiting for the right projects to line up.

Well Scott, this has been a fascinating discussion -it’s been a real honour and privilege so far! How has your interview with Kung-fu Kingdom (KFK) been?

I enjoyed it Raj, and happy to see a UK based Kung fu website so keep it up guys!

We wish you all the best with Ninja II and a truly successful 2014. Happy New Year!

Thanks also to everyone for their support and checking out Ninja II, I really appreciate it. Happy New Year all!

In case you missed them, read part 1 with Scott, and catch up with our other interviews with Ninja II star Kane Kosugi, action choreographer Tim Man, action actor/martial artist Jawed El Berni and director Isaac Florentine.

Ninja II: Shadow of a Tear is available on Blu-ray and iTunes

FunFriday - Fighting with a broken leg!