Al Leong is one of the most recognisable faces of 80’s and 90’s action cinema and television – without himself being the star. He has worked alongside the likes of Mel Gibson, Kurt Russell, and Dwayne Johnson but he is not the director. From television shows such as “The A-Team”, “Knight Rider”, and “Magnum P.I.”, to hit films “Big Trouble in Little China”, “Lethal Weapon”, and “Die Hard”, Leong has in front of the camera, forged a career as the most dastardly of on-screen villains – the henchman.

Horror director Vito Trabucco brings us the full story of Al Leong, as told by the man himself, who not only made being a henchman very cool but behind the scenes changed the world of action entertainment.

Producer and director Vito Trabucco, along with co-producer and sound man stay behind the camera asking the questions as they present the life story of Al Leong. Leong himself features heavily in the film telling his own story with back up from friends and colleagues who include, legendary stuntman, fight choreographer and author of the first book about the balisong knife, Jeff Imada.

Al and Jeff Imada as Huey and Lewis in Double Dragon

Vito Trabucco documents the life of Al Leong as told by the man himself with a little help from his friends.

From Biker Rebel to Action Leader

Using old home movies and photographs, director Vito Trabucco gives a fascinating insight into the early years of a man we only know from brief flashes through his work.

Leong tells his own story as we are shown lots of old images of a handsome young Asian-American with the all too familiar Fu Manchu moustache. Whether it’s dressed in leathers for some dirt bike riding in the desert or his uniform displaying some eye- boggling agility and Sil Lum Kuen (Northern Shaolin kung fu) skills, studying with his friend and Sifu, Douglas Wong, we really get a sense of how much of a daredevil and competitive martial artist the young Leong was.

This focus and discipline presents us with an explanation of how he was able to break into Hollywood.

Taking on the Muscles from Brussels

Action fans are sure to be in awe of legends, Jeff Imada and Gerald Okamura he calls friends and also of the role they played in shaping action entertainment as we know it. If, like me, you were raised on TV produced by the likes of Glen A. Larson (“Magnum P.I.”, “Knight Rider”, and Stephen J Cannell (“The A Team”, “Hunter”, “Renegade”) you’d have seen Leong and company in action through each series with his trademark spinning kick and villainous scowl.

Although the narrative is somewhat scattered, it opens up the story which still flows in order as we see Leong make the transition to the big screen with John Carpenter’s cult epic ‘Big Trouble in Little China’. The narrative is also interspersed with plenty of behind-the-scenes action featuring the likes of Eric Lee, James Lew, Okamura – a veritable who’s who of Asian action figures.

Stop fighting and take the car

Leong and his fellow stunt performers and friends reflect on his career progression in the big hits “Lethal Weapon” and “Die Hard”. The insight offere not only surrounds his continued disciplined, work ethic but also his ability to charm and improvise effectively, something which has immortalised him in some iconic moments.

Fighting the Enemy Within

As well as his career and on-screen battles, Leong shares with Trabucco his battle with brain cancer in the early nineties. The startling revelation of this illness and how it nearly robbed us of one of the action genre’s most recognizable henchmen is shocking, none the more so than the casual manner in which Leong relays what happened to him.

One is left with a sense of admiration for his courage which is further evolved when we realise Leong soon returned to work and gave us an on-screen fight for the ages with the late Brandon Lee in 1992’s “Rapid Fire”.

Leong recounts his time working on the set, again featuring behind-the-scenes insights and choreography (in particular the laundry fight) which was not only informative but also quite moving. His lavishing of praise on Brandon is touching and made all the more emotive with archived interviews of him praising Leong and citing their fight as his favourite of the whole film.

The journey continues with some peaks and troughs in Leong’s career starting with a regular appearance on the TV series “Kung-Fu: The Legend Continues” in which he formed a lasting friendship with stunt performer Mike Dawson. Their relationship saw them working on various projects which they recounted with much humour and sarcasm making it a joy to watch these two banter.

It also includes TV spots and behind-the-scenes reports of Leong and Dawson training the cast and stunt personnel of 2002’s “The Scorpion King” watching Leong training Dwayne “The Rock” Johnson is perhaps one of the films more fascinating looks at the intricacies of fight choreography.

However the battles turned darker for Leong and it’s not long before Baxley, and Dawson talk of their friend’s attempt to make it as a writer with his debut effort “Scarecrows” retitled “Daddy Tell Me a Story”. It also featured some revealing stories of Leong’s talent as a writer with such a vivid imagination, and some interesting stories come to light as to what happened to some of his other projects.

The film takes a sharp turn when Leong talks about his strokes in 2005 leaving him unable to speak and his arm unusable. Again Trabucco shows us Leong’s courage in talking about his long road to recovery, his speech still slurry and his right arm kept close and immobilized. We do see Leong’s career effectively come to an end but as a fan, Trabucco keeps things upbeat depicting the love and support of his family and friends but especially his fans, and leaving the last word to the man himself who seems ever optimistic and full of life in the face of his challenges.

An earlier picture of Al Leong

Pitching a point to John Carpenter

There is no denying the subject of “Henchman: The Al Leong Story” is a captivating tale, and one that’ll surely draw in the most ardent of action films who’ve seen Al crop up in some of the most memorable action moments over the decades.

The film’s low production values and lack of narrative structure are noticeable to an extent but do not detract from its essence – a tribute to man who made the henchman as much a sought after role as any lead part. What is also prevalent throughout is the vast role he played in shaping modern action entertainment which has garnered the respect of some of the biggest names in the industry,

Writer/director Vito Trabucco captures the story with remarkable transparency and openness, ensuring the full story with both the ups, and downs is told. Much of the film acts as a celebration, though at times it does feel like an eulogy – some of the tributes at the end seem more suited to a memorial.

Yet it remains optimistic for a positive outcome, a testament to Leong’s character and discipline, and for now we are left with a film that acts as a nostalgic retrospective of an amazing career and also an education in just how pivotal a role American-Asians played (and still do today) in the evolution of modern action entertainment. 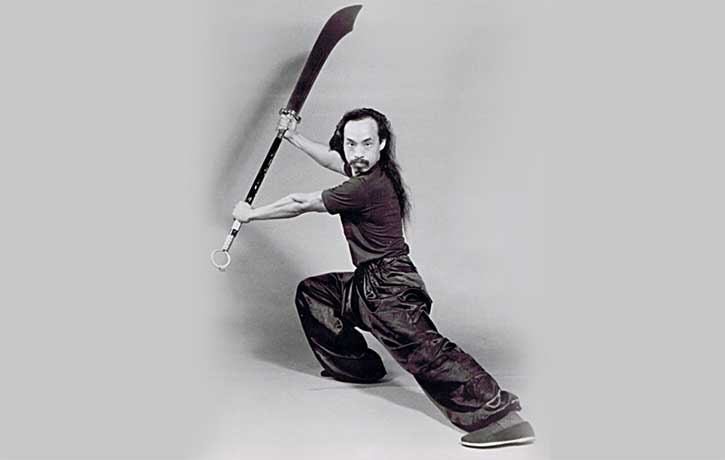 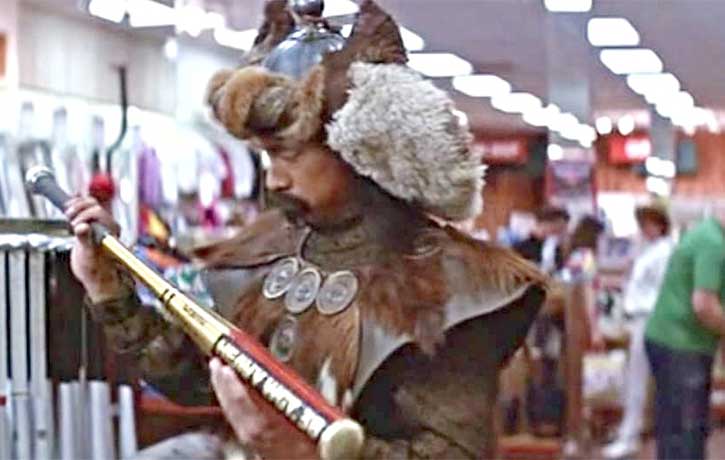 Giving The Rock a few pointers

The henchman meets the master of horror John Carpenter 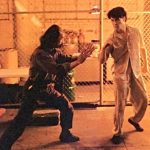 Al Leong smiles and is ready for action 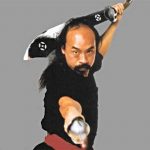 Weapons master in the house

As Uli in Die Hard

Henchman Al Leong is lethal with any blade

Have you seen “Henchman: The Al Leong Story”?
Revisit the works of this legend of cinematic villainy by checking it out on Amazon!

Al Leong has of course, been around for a long time…but which fight action moments do you remember him best for? Let us know in the comments below, join in the conversation and share this on Facebook, and follow us on Twitter &Instagram.

YOU CAN’T HAVE A HERO WITHOUT A VILLAIN and there’s lots of both in the FUniverse, of news, Top 5’s, Top 10’s, deep-dive interviews, feel like a boss in your own KFK wear and subscribe for more of the goodies & baddies of FU on YouTube!