The title says it all in Siddharth Anand’s “War”, yet it also somehow manages to undersell the globetrotting cat-and-mouse rollercoaster ride the movie takes its audience through. Bringing together the talents of Hrithik Roshan and Tiger Shroff, “War” is at once Bollywood’s answer to the “Mission: Impossible” and “Fast and Furious” franchises, a consistently unpredictable spy vs spy chess match with one jaw-dropping stunt, chase, or martial arts fight after another.

Within the ranks of India’s undercover intelligence operations, Khalid’s career has been steadily on the rise, but his latest mission has put him in quite a tight spot. 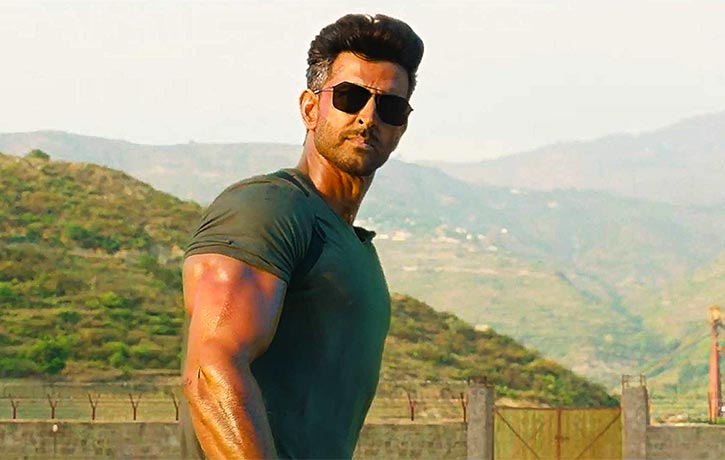 Kabir is ready to roll

Khalid is ripped for action

Upon his entry into the agency, Khalid’s mentor, veteran agent Kabir, took him under his wing on his first mission in Iraq, and later vouched for Khalid despite his compromised peripheral vision in his right eye.

Since their betrayal two years earlier by rogue agent Saurabh, Kabir has gone AWOL, and is now suspected of spearheading a plot to destroy an Indian defense satellite, which could endanger the nation’s defense on the Indian-Pakistan border. However, Khalid soon comes to realize that Kabir’s motivations are very much in the defense of their country, with the aim of bringing down the true mastermind behind the plot, crime boss Rizwan Ilyasi, once and for all.

More than anything else, “War” makes a bid to show that Bollywood action movies can sit at the table with the biggest and most expensive action franchises in the world today.

Kabir and Khalid have each others back

Where things stand right now, that distinction decidedly goes to the aforementioned “Mission: Impossible” and “Fast and Furious” series’, although the “John Wick” movies quite arguably deserve a place at that table now, as well.

“War” certainly has the expansive scale and production values to sit side-by-side with all of them, while its screenplay draws notable influences from John Woo’s “Face/Off” and the identically titled Jet Li–Jason Statham 2007 two-header “War”. Even the obligatory Bollywood song-and-dance numbers feel a little bigger and flashier than usual, while the stunts and action are some of the best to come of out India in the last half decade.

If the sublime orchestra of action movie perfection that was “Mission: Impossible – Fallout” were given a Bollywood spin, “War” would be the sparkling jewel to come out of it.

“War” is a notably different movie for Tiger Shroff by pairing him with veteran Bollywood star Hritihik Roshan as the grizzled Kabir. In his role as Khalid’s mentor, Kabir is positioned by “War” as just about the toughest guy in all of India, and one whom Khalid worships at the altar of from their very first mission – hardly a surprising bit of hero worship after seeing the casual attitude Kabir takes in the movie’s show-stopping mid-air plane sequence.

It takes Kabir a while to fully trust his younger apprentice for reasons involving Kabir’s past with Khalid’s father. However, the two have excellent mentor-student chemistry once they’ve fully hit it off, even if the film is frequently shifting them from allies to enemies, and back again as the story progresses.

There are quite massive spoilers for why that is, so suffice to say that “War” more than delivers – whether they’re facing down enemies in Iraq alongside one another or whether Khalid is pursuing Kabir by motorbike through city streets that’s kicked off by one VERY John Woo-inspired shot of Kabir revving up his wheels!

Kabir and Khalid have some bad blood to settle

The stunt work on the latter, in fact, brings to mind such buzz words as “wow”, “amazing”, and “insane”, while the Iraq sequence deserves comparison with the opening of “The Expendables 2” in both the explosive action department and the Kalari smackdown with the head honcho.

The movie takes a sharp twist in its final thirty-minutes, and to give any finer details would be ruinous to the film’s intentions. Just remain content in the knowledge that it involves a nuclear submarine, a high-speed chase on the arctic shelf worthy of any “Fast and Furious” movie, and a climactic martial arts showdown in a vacant church. And realistically, how often does that particular combo come around?

2019 has already been quite the year for action fans, and “War” just made it that much better. Hrithik Roshan arguably deserves to take home the “Crusty Tough Guy Mentor of the Year” trophy while Tiger Shroff gets to stretch his legs in a role that’s markedly different from what we’ve seen him tackle before.

However, the meat and potatoes of “War” are the two stars’ superb chemistry and the film’s electrifying stunts and action sequences. And rest assured on both counts, “War” won’t let you leave the theater without giving you your money’s worth! 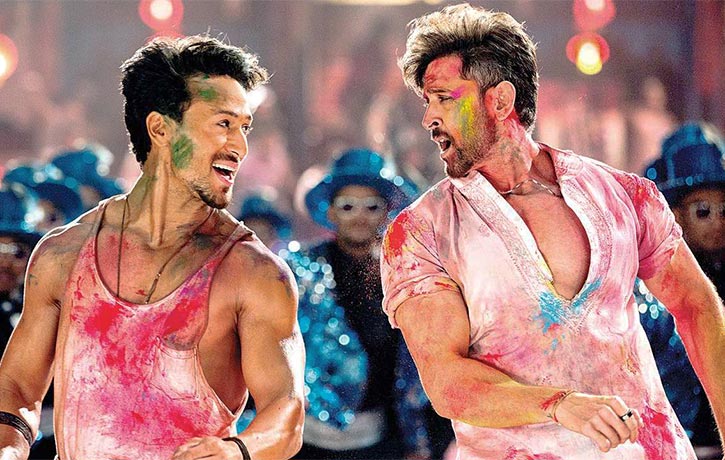 Khalid celebrates his promotion with Kabir

Kabir and Khalid prepare to face off 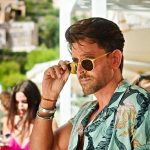 Kabir blends in with the crowd

Have you seen “War”? What are your impressions on the increasing quality of martial arts fighting and action coming out of Bollywood these days? Which action actor would you like to see tussle with the Tiger (Shroff) in future? Let us know in the comments below; Like, share and join in the conversation on Facebook and follow us on Twitter & Instagram.

Be ready for WAR by entering the Kingdom of FU and these movie reviews, (including more Bollywood martial arts/action titles “Baaghi 2”, “Commando 2”, and “Sultan”) Top 10’s, Top 5’s, and in-depth interviews. Be sure to look like you mean business in exclusive KFK gear and subscribe for more internationally spiced-up martial arts action on YouTube!