“Snake Eyes: G.I. Joe Origins”, arrives with focus and command to reboot everyone’s favorite mute ninja on the big screen, and while having an assortment of sharp, shuriken-refined tools in its arsenal to work with, isn’t quite the stealthy warrior from the shadows you’d expect.

With assets like the ever-charismatic Henry Golding, a show-stealing performance by Andrew Koji, and the ever-reliable “Raid” action man Iko Uwais on hand for the requisite training sequences, the well-executed action scenes of “Snake Eyes” fall prey to the one thing that every action fan dreads like the plague…

A young man known only as ‘Snake Eyes’ has built a reputation for himself in the underground fighting world, leading him to be recruited by the American-based Yakuza boss, Kenta as a mole (spy) in his vendetta against the Arashikage clan in Japan.

Snake Eyes ends up rescuing Kenta’s intended target, Thomas Arashikage, with the two fleeing to Tokyo and Tommy offering his rescuer a place in the clan.

As part of his Ninjutsu training, our mute ninja hero must pass a series of increasingly deadly tests to prove his worth. But all the while, his true motivation is a shot at revenge on his father’s killer, Snake Eyes having drawn his pseudonym from the dice roll that preceded his father’s murder.

Akiko gets ready for the fight

Snake Eyes learns the way of the ninja under Hard Master

“Snake Eyes” gets ALMOST everything about the science of ninja movies right, from far away secluded temples, rigorous training montages, exotic weaponry, and esoteric mysticism.

Meanwhile, the real star of the movie is arguably Andrew Koji as Tommy. Most audiences will mainly know him as Ah Sahm from “Warrior”, and his portrayal of the future Storm Shadow is similarly rough around the edges while being the opposite side of the same coin.

Tommy is a disciplined and thoroughly principled Arashikage warrior who is clearly also caging an occasionally volatile man within. Koji is as strong an actor as he is a rising action star, and his and Golding’s chemistry as budding friends fully sells the movie’s team-up gimmick of future enemies.

Snake Eyes gets his blade ready for battle

Tommy’s eventual defection to Cobra and transformation to Storm Shadow from G.I. Joe lore is more understandable, and indeed even tragic, in “Snake Eyes” than ever before. Koji’s command of the role makes the end of Tommy’s story feel not like a repressed villain finally being set free like a real loss of a heroic ninja.

Unfortunately, the litmus test of any ninja movie is going to be its action scenes, and the excellent martial arts battles here are lamentably hampered by intrusive shaky cam.

While not mishandled enough to make Kenji Tanigaki’s action scenes the chaotic blur that far too many action movies descend into these days, the fact that the ninja battles of “Snake Eyes” are only just this side of clear enough to follow is a shortcoming that cannot be overlooked.

What makes that frustrating is that the action and training scenes are very well crafted, even one as simple as Snake Eyes trying to snatch a rice bowl full of water from Iko Uwais is a meticulously designed battle of opposing combative viewpoints (and one of the fight scenes less harmed by the movie’s camerawork).

Periodically, there are moments where the editing and shaky cam lets up in alley and rooftop battles, and the movie’s sword-clashing freeway chase to give momentary flashes of fully distilled action, but the shaky cam never subsides long enough to take its accompanying frustration with it.

The final stand-off at the Arashikage compound really deals with the issue of chunks of clear action and the shaky cam’s adamance on sticking around battling for attention.

Audiences are inevitably going to point to the former and hope for a Blu-ray editing clean-up in a few months, especially with the film hitting the mark in every other area where it counts for most ninja movie lovers.

Despite having everything else a ninja movie demands, “Snake Eyes” falls prey to shaky cam taking clearly solid, and even great action scenes and robbing them of their full potential.

The irksome thing is that, in every other aspect, “Snake Eyes” is what ninja movies aspire to be, and it lays plenty of groundwork for the future of G.I. Joe with Scarlett and the Baroness.

Koji’s performance as Storm Shadow is easily the breakout of the movie, and his and Golding’s brotherly camaraderie will make viewers want to see Snake Eyes save their doomed friendship before watching them go to war with their blades.

In just one element, “Snake Eyes” laser-focused ninja aim is off-center, and hopefully, the mysterious ninja’s next adventure comes back appropriately just that bit more sharpened. 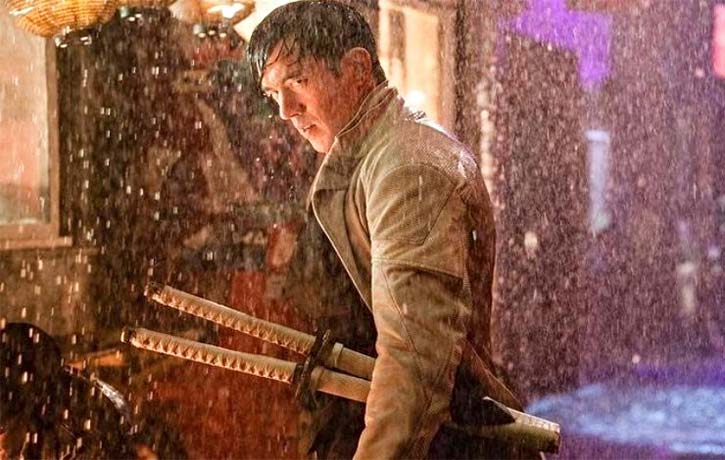 Storm Shadow was once the close ally of Snake Eyes

Storm Shadow will NOT accept defeat

Have you seen “Snake Eyes: G.I. Joe Origins”? What are your thoughts on the movie’s action scenes and the performances of Henry Golding and Andrew Koji? What are some of your all-time favourite ninja movies? Let us know in the comments below, join in the conversation, share this on Facebook, and follow us on Twitter & Instagram!

ROLLED A ‘SNAKE EYES’? Then TAKE COVER in the FUniverse of these Top 10’s, Top 5’s, deep-dive interviews, slither into your new KFK ‘skin’, and subscribe for more NINJA + FU on YouTube!