If you ask for a game that’s an awesome mixture of Grand Theft Auto, Saint’s Row and Hong Kong action films, “Sleeping Dogs” will be your answer. Set center stage in Hong Kong, “Sleeping Dogs” is an example of all-out, bloody mayhem that will attract Hong Kong film fans and gamers alike. 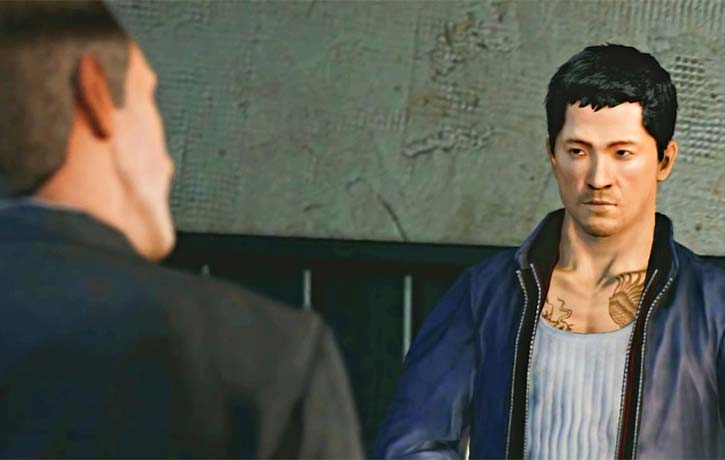 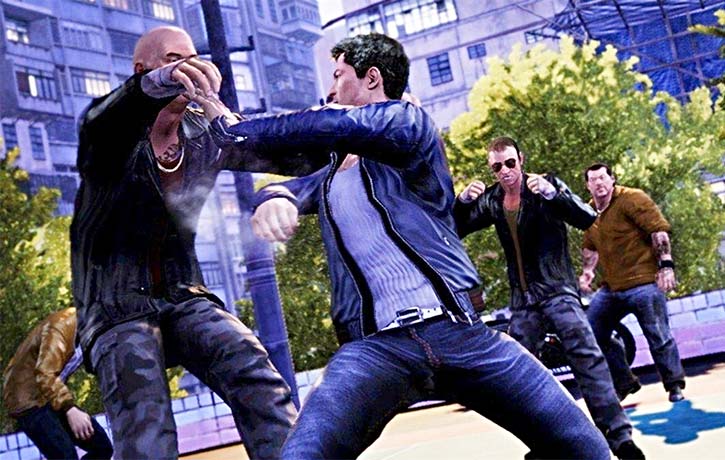 In the game, the player assumes the role of Wei Shen, a Chinese-American police officer who goes undercover to infiltrate the Sun On Yee Triad Organization. Obviously, as with any story-driven game, players will have to complete tasks related to the main plot, but that’s not all. Aside from the central storyline, players can perform side tasks such as taking down petty suspects in cop jobs, busting drug deals, offering help to civilians and taking part in local fight clubs or getting involved in underground racing. All this whilst making use of Wei Shen’s various martial arts, shooting and parkour abilities along with gathering Police, Triad, and Face XP, which could be used to unlock new outfits, upgrade Wei Shen’s current skills or even acquire new ones such as breaking into cars without sounding the alarm.

The Zodiac Tournament gives that Enter the Dragon feel

Wei Shen tries to prove himself to Winston Chu

Last, but not least, players get to explore Hong Kong in its entirety, and speaking of such, the developers did a fine job of portraying Hong Kong. Whether it’d be the setting, the dialect, the vibe, the culture, or even the brutality of the Triads, the depiction of Hong Kong feels genuine and never superficially glamorized such that you can’t help but salute the developers for their efforts.

The martial arts combat is, of course, one of the most prominent features in “Sleeping Dogs”. Wei Shen’s style is most comparable to that of Donnie Yen. In the game, players could go to a kung fu school Wei Shen frequents to practice the hand-to-hand, or melee, combat aspect of gameplay, suggesting Wei’s strong background in kung fu. 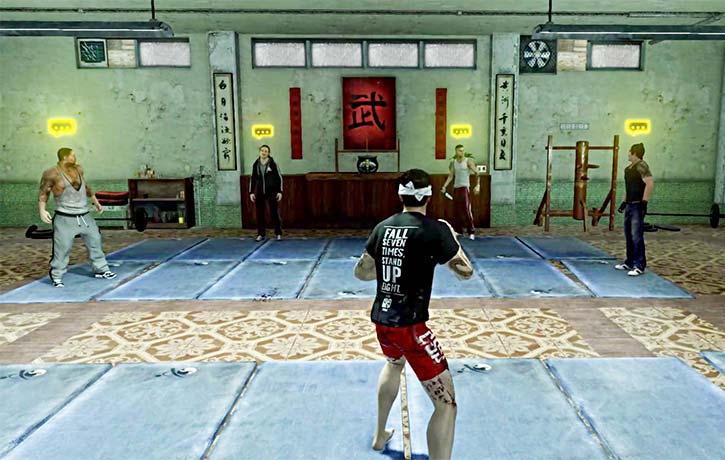 A leap of faith

Wei blasts off the tornado kick

Wei’s proficiency in the art is further noted with the use of kung fu techniques in his counters. Nevertheless, Wei Shen’s discipline isn’t just limited to Chinese martial arts. Much like Donnie Yen, Wei adopts an MMA-like style, mixing in techniques from various other arts such as Muay Thai, Taekwondo, kickboxing, wrestling and judo. Wei Shen even employs some street fighting in his arsenal, and he’s not hesitant to fight dirty every now and then. Not only can he use run-of-the-mill street weapons such as kitchen knives, meat cleavers and tire iron, but he could also bash his enemies’ heads onto hard objects, aka ‘environmental kill’, if the players wish for him to do so.

The shooting aspect of the gameplay deserves some credit as well. The gunplay mechanisms feel like something straight out of a Hong Kong gun-fu flick like “A Better Tomorrow”. The shootouts result in total carnage, and besides firing at enemies from a third-person perspective, Wei Shen could also focus on his target in slow motion while leaping in the air or jumping over obstacles before pulling the trigger, thus rendering the shooting mechanisms of the game as a violent, yet elegant piece of art.

“Sleeping Dogs” pays homage to a great deal of the Hong Kong martial arts classics, and there’s no better example of this than the huge collection of unlockable preset outfits for Wei Shen. Many of such costumes include Jackie Chan’s attire from “Rumble in the Bronx” and “Drunken Master”, Donnie Yen’s outfit from “Ip Man” and Jet Li’s costume from “Hero”.

In with the stiff body kick

In fact, some of these outfits modify Wei Shen’s fighting style accordingly. For instance, putting on the Drunken Master outfit allows Wei Shen to use the Drunken Fist style once his face meter is full, the Wing Chun Master outfit equips Wei with the straight blast, or chain punch technique as seen in the Ip Man movie series, the Sun Wukong, or Monkey King, costume upgrades Wei’s arsenal with the power pole. Heck, you could even dress Wei up as Georges St-Pierre and use the MMA legend’s signature move, the ‘Superman punch’. In addition, there is a game mode within the main story called The Zodiac Tournament; a big nod to “Enter the Dragon”, giving off that same 70’s-like vibe and featuring Wei Shen in Bruce Lee’s trademark black kung fu pants and shoes as he participates in a martial arts tournament that takes place on a secluded island, run by a sadistic tournament host.

Wei got some violent business with Big Smile Lee

“Sleeping Dogs” is a riot to die for! Alongside elements found in the likes of Grand Theft Auto and Saint’s Row, “Sleeping Dogs” more importantly contains every ingredient essential to an awesome Hong Kong crime action thriller, only, this time, in the form of a well-executed video game. Rock ‘em, sock ‘em martial arts? Check! Gun-Fu? Check! Bloody stylistic violence? Check! A genuinely portrayed Hong Kong? Check! Believable characters and brutal, sinister Triad members? Check! Sleeping Dogs is that one game that martial arts fans can pick up; play and wrestle with for hours, days, nights; and finish up on an epic, ‘high’ level of satisfaction.

Wei with the judO thrOW

Down with some ground and pound

Wei goes for the shoulder throw

Played “Sleeping Dogs”, what did you like best about it? It’s a cult favourite in the beat ’em up category involving graphics, gameplay and hyper-stylized fight moves that were a cut above the rest. What’s your favourite fighting game so far and which ones are you looking forward to play in 2019? Let us know in the comments below; Like, share and join in the conversation on Facebook and follow us on Twitter &Instagram. Awaken your ‘sleeping dawg’ in the FUniverse that contains news, books, shirts, and you can subscribe for videos too!)