It’s another battle of the superkickers in “The Secret Rivals 2”, and it’s another show-stealer for legendary Tang Soo Do / Taekwondo master Hwang Jang-lee!

In his endeavour to make the film as thrilling and action-packed as the original, he’s aided by his fellow kicking machine John Liu and newcomer Tino Wong. Yuen Woo-ping orchestrates events from behind the camera, whilst overseen by director Ng See Yuen.

The film is slightly – and only slightly – less engaging than the original due to the absence of one of the original’s leading man Tao Wong, but it’s ultimately a minor nit-pick for a film that is otherwise on par with its predecessor.

Returning to the role of leading man Hsiao Yu-fei is Tan Tao-liang’s protégé John Liu. As with the original, he’s ever the unassuming grinner with both arms folded across his chest, studying every fighter in his vicinity for potential weaknesses, until the time comes for him to spring into action, at which point he might as well be perpetually perched on one leg with the other several feet above his own head.

While he represents the kicking equation of the film’s two protagonists, Tino Wong assumes the role of the Southern boxer Shen Ying-wu, brother of Yu-fei’s brother in arms from the previous film, Shen Ying-wei. Returning to assume villainous duties is Korea’s most notorious cinematic head-punter Hwang Jang-lee, this time portraying the deceased Silver Fox’s twin brother, Gold Fox and as with the original film, “Secret Rivals 2” has its villain directly in the spotlight.

The film opens with a recap of the final battle between Hsiao Yu-fei, Shen Ying-wei, and Silver Fox at the conclusion of “The Secret Rivals”. Silver Fox is ultimately defeated and killed, and news of his demise reaches his identical twin brother, Gold Fox, who vows to avenge his brother’s death along with retrieving the shipment of stolen silver he’d hidden before his death. Gold Fox summons his old rival Hsing Yih to ascertain the combat styles of his brother’s killers. Hsing Yih determines that the combined skill of Yu-fei and Ying-wei will be too great for Gold Fox to overcome. Hsing Yih offers to help bring both men down in exchange for being wed to Gold Fox’s daughter, which Gold Fox accepts.

With Ying-wei having been re-stationed to a new post, Gold Fox selects a new target in the form of Ying-wei’s brother Shen Ying-wu, while keeping his focus upon the 8 diagrams pendant taken from Silver Fox after his death which reveals the stolen silver’s location.

Despite Tao Wong being AWOL, “Secret Rivals 2” is just as action-packed and exhilarating as its predecessor. The film’s action directing duties fall into the then-up and coming hands of Yuen Woo-ping and he displays the same level of mastery over staging and filming screen combat as he would decades later as a veteran action filmmaker.

If it is a slightly lesser film than the original, it is only because the highly versatile and charismatic Tao Wong doesn’t appear. And while Tino Wong is certainly up to the task of filling the void as the Southern Boxing half of the Fist and Foot duo, the impression Tao Wong made in the first film is ultimately too great for his absence in the sequel to go unnoticed.

Nevertheless, the film stands on its own well, and just as its predecessor, belongs on the highlight reel of superkicker Hwang Jang-lee.

He was truly on a roll in the late seventies, with his appearances in “The Secret Rivals” films and Jackie Chan’s “Snake in the Eagle’s Shadow” and “Drunken Master” cementing his reign as the supreme kicking machine of Hong Kong cinema and “Secret Rivals 2” is worth seeing for him alone, with the additional incentive that he’s in a far greater percentage of the film this time. 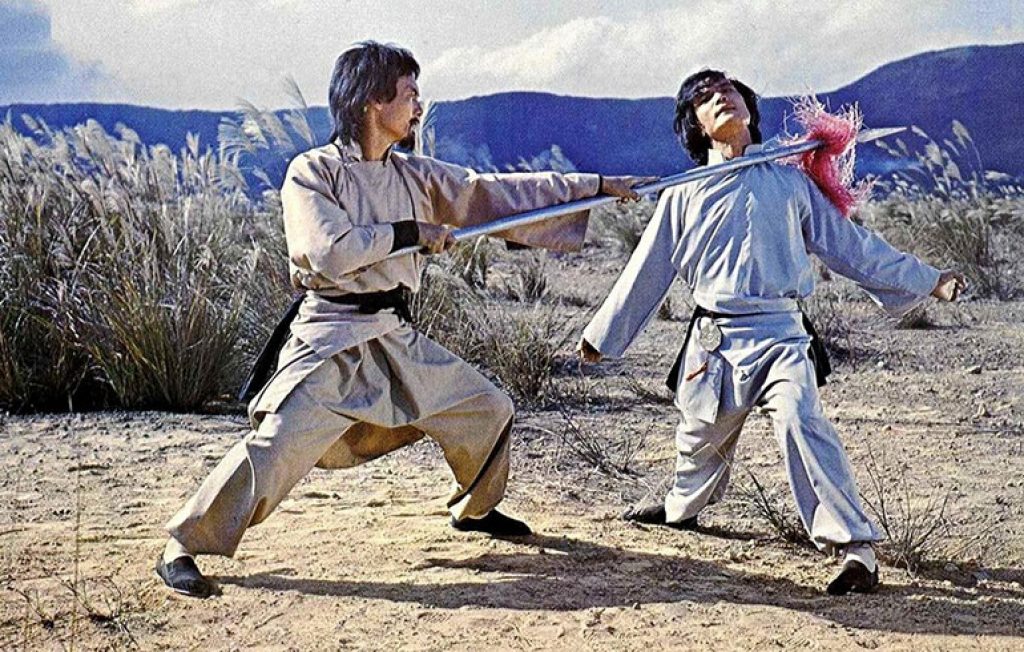 Trying to drive a point

Gold Fox deflects his foes with a twin front kick

Where the action differs in the sequel is the greater emphasis on weapons-usage, specifically Gold Fox’s skills with a set of spinning ring blades resembling a pair of oversized Emei daggers with built in brass knuckles. Gold Fox’s skill with the weapons proves so formidable that Yu-fei and Ying-wu have to devote just as much attention to countering these as they do to his kicking skills, and it’s a powerful reminder that the general public’s perception of martial arts consisting purely of unarmed combat is far from true. Still, the kicking skills of John Liu and Hwang Jang-lee take precedent in the action, and it is truly a delight for both diehard fans of the genre and newcomers to old school martial arts, who are likely to be just as blown away by how long each shot lasts before the camera cuts in the fight scenes as they are with the dynamism and dexterity of the three leading men.

“Secret Rivals 2” is a worthy successor to the original and one that’s stuffed the same amount of continuous action as the first. With his return to villainous duties, Hwang Jang-lee solidifies himself as one of the quintessential villains in martial arts cinema history. Indeed, the ease with which his evildoing warrior steals the show in both this film and the original is something that has seldom been equalled to this degree in martial arts films of later years. Wah Sing-Ku in “Lethal Weapon 4”, Yuri Boyka in “Undisputed 2” and Mad Dog in “The Raid: Redemption” spring to mind, along with just about anything else with Hwang Jang-lee’s name attached to it. It may not be a “root-for-the-bad-guy” type of film, but it’s certainly hard to argue that he isn’t everyone’s favourite character!

Didnt see that one coming