John Liu vs. Roger Paschy in Zen Kwun Do Strikes in Paris

Born in Taiwan in 1944 John Liu Chung-Liang ranks alongside Hwang Jang Lee, Tan Tao Liang and Casanova Wong, as one of the “super kickers” of 1970’s kung fu films.

As a child he learned Chinese martial arts from his grandfather. After living in Hong Kong for a few years, Liu and his mother returned to Taiwan in the 1960s. It was in Taiwan that John Liu first met Tan Tao Liang who was teaching taekwondo at a University. Master Tan taught Liu in exchange for him doing chores such as cooking and laundry. Feeling Liu lacked flexibility, so Tan put him through a rigorous training regime that eventually gave Liu his incredible kicking skills.

In 1981, Liu set up his own production company, eventually settling in Paris with his wife Marion Blank and daughter Natasha, where he successfully established his Zen Kwan Do school. Turning writer, director and producer, Liu starred in “Zen Kwan Do Strikes In Paris”, with his wife having an executive producer credit, and his young daughter even making a cameo appearance.

Zen Kwan Do Strikes in Paris with a flying sidekick

Liu was so flexible he could kick behind his own head

Liu was famous for his leg holding skills

Liu trained rigorously for 2 years before achieving the splits 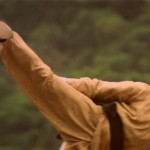 Liu developed his own martial arts system Zen Kwan Do

After several box-office flops, Liu retired from films in 1982 and concentrated on growing his Zen Kwan Do association across Europe.

Although in his fifties, Liu came out of retirement to play a villain in 1998’s “Trinity Goes East”, and demonstrated that he had lost none of his panache when it came to the fights.

His most recent film appearance was in an Italian comedy film “Any Reason Not to Marry?” in 2006. 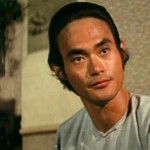 Even swords are no match for Lius legs

Even in his 50s John Liu still had incredible kicking skills