Marvel’s King of Kung Fu, Danny Rand, is back for round two in the second season of “Iron Fist”, and lands one hell of a chi-FUelled knockout punch this time around! With a more tightly-constructed story, consistently captivating performances, and sharper, more finely-tuned action sequences, season two gives the sworn Defender of K’un Lun the solo adventure he truly deserves. This elevates “Iron Fist” to the level of The Living Weapon of his source material – whilst taking the series in a radically different direction than fans could’ve ever expected from its inception…

Inspired by the apparent death of Daredevil at the end of “The Defenders”, Danny Rand now uses his gifts as the Immortal Iron Fist to protect the streets of New York City’s Chinatown.

He’s also sought to simplify his hectic billionaire life, moving in with his girlfriend, Colleen Wing, while helping run a local removals firm. Unfortunately, Danny’s life is complicated once more with the return of his former friend, Davos, with whom Danny had previously had a bitter falling out. It turns out, Davos’ grudge against Danny goes back even further, to their time together training martial arts in the otherworldly city of K’un Lun. 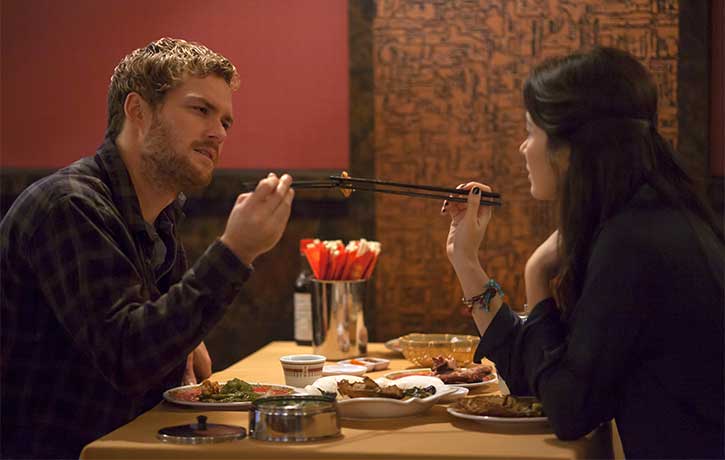 Danny and Colleen enjoy a night on the town 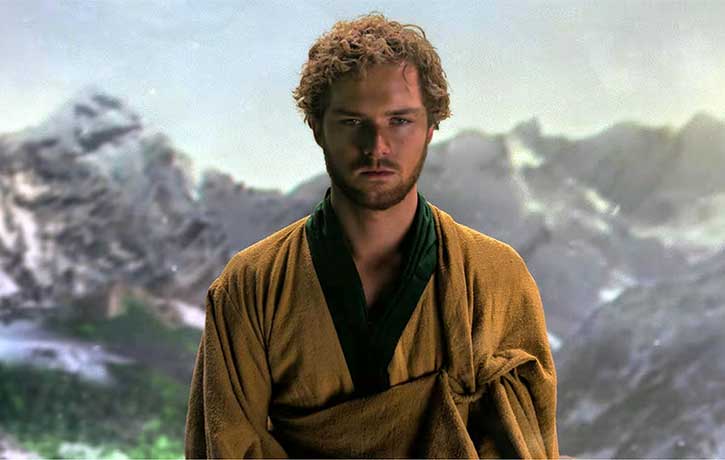 Davos never got over his defeat at Danny’s hands that earned his friend the right to face the dragon, Shou-Lao The Undying, in order to wield the power of the “Iron Fist”, but Danny’s return to New York and his methods in defeating the mysterious ninja cult known as “The Hand” would only further infuriate Davos.

Although Danny tries to make a truce with his old friend, Davos remains steadfast in his belief that Danny has disgraced the mantle of K’un Lun’s protector, and with the help of Danny’s former business partner at Rand Enterprises, Joy Meachum, who holds her own grudge against Danny and her brother Ward, Davos prepares to strip Danny of the power he feels he was cheated of.

The second season of “Iron Fist” improves on the first to a degree that is absolutely stunning.

Every weakness of season one is made into a strength in season two, and everything that the show did well in the first season it does better in the second. Every character is given his or her own specific story in the second season, beginning with our hero himself, of course, and frankly, the growth that Danny has undergone until now, makes his arc something distinctly unique in the superhero genre.

Looking back at Danny’s past appearances in season one, “The Defenders”, and his one-episode appearance in season two of “Luke Cage”, it’s clear that each serves as a symbolic representation of his growth – from the child learning to walk (season one) to the adolescent learning restraint and nuance (“The Defenders”), and finally, with “Luke Cage” and season two of “Iron Fist” – a man who’s gained wisdom from lived experience. 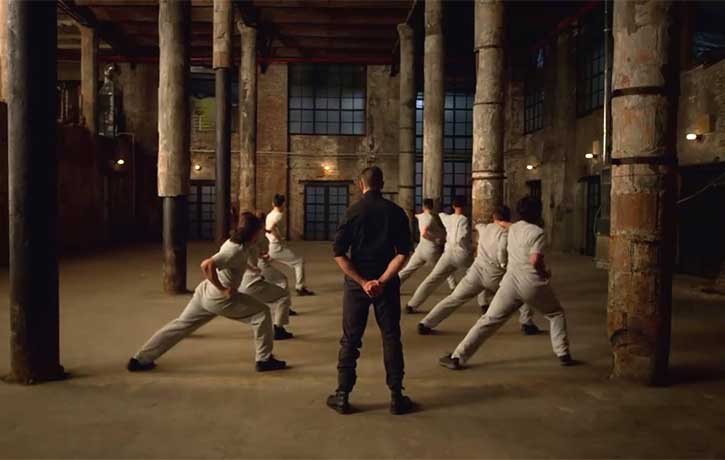 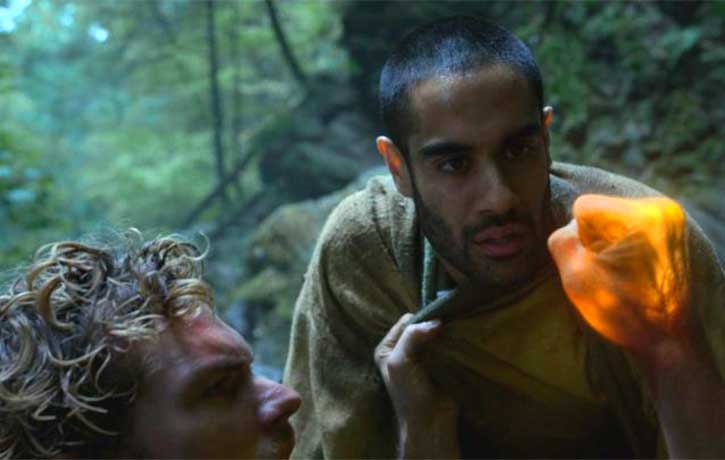 Check this out Davos

Colleen trains Danny for the battle ahead with Davos

Finn Jones has never been better as the more calm and centered Danny Rand, a man finally at home in the world he left behind as a child, and more sure of himself in his efforts to defend the streets of Chinatown. Jessica Henwick once again nails it as Colleen Wing, and she and Simone Missick bring superb chemistry to Colleen and Misty Knight’s detective duo. Ditto for Tom Pelphrey and Jessica Stroup as Ward and Joy Meachum, with the former bringing an equally strong chemistry to his relationship with Danny. Alice Eve straddles the line between ally and enemy in the role of Typhoid Mary, and plays the character’s disparate personalities with an ease that feels like a cheerful, friendly neighbor and a poised, coiled python living in the same person’s mind.

Meanwhile, Sacha Dhawan rises to the occasion in the role of Davos, who now truly belongs in the MCU’s greatest villains Hall of Fame after his performance in season two. Not since Vincent D’Onofrio’s portrayal of The Kingpin on “Daredevil” has there been an MCU villain this terrifying with the level of unbridled rage he can unleash, a man who feels cheated out of a gift that should have been his, and that it’s been misused by its current wielder.

While no one gets decapitated with the door of a car here, the mere thought of Davos losing it is enough to keep you on the edge of your seat nearly as much as it is for the Kingpin. With the lack of prejudice with which Davos takes out his enemies, it’s frankly kind of hard to tell whether his utilization of the Iron Fist makes their fate any worse than simply shoving them off a ledge.

Under the direction of fight choreographer and stunt veteran Clayton Barber, the action sequences of season two take a major quantum leap forward. The season kicks off splendidly as Danny brawls with a gang of robbers in Chinatown, with no fewer than two uses of the Iron Fist.

A flashback to Danny and Davos’ battle in K’un Lun for the mantle of the Iron Fist, however, is what really sets the tone for the season, with the thematic and emotional arc of Davos’ pursuit of the Iron Fist and Danny having to spend a majority of the season fighting his battles without it – on top of being the most brutal and impactful fight of the series by far!

It’s also a nice touch to have the Iron Fist glow red for the repressed-rage of Davos, and seeing Danny have to face his now Iron Fist-wielding old friend adds a whole new layer of emotional stakes amid the fantastic fight choreography, especially after seeing the ways in which Davos is willing to use it.

Colleen is her usual energetic self, as well, taking on a new role of readying Danny to face Davos while also joining forces with Misty against a gang of tattoo artists that will only make viewers want to see the much-requested “Daughters of the Dragon” spin-off that much more. Typhoid Mary also gets to show what she’s made of, both against Danny and later alongside him, though Alice Eve’s portrayal of the character (who also gives the season some nicely woven connective tissue with 2015’s “Avengers: Age of Ultron”) is so menacing in her soft-stated line delivery that her simply looming around as a sphere of violent potential energy is enough to elevate the tension of a scene by itself.

Another night of crime fighting for Danny Rand

Danny leaps into the fight with a tornado kick

Davos attempts to strip Danny of the Iron Fist

Danny and Colleens new neighbor Mary is not what she seems 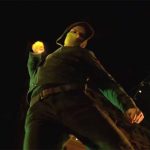 On that note, anyone worried that season two might peak at episode six from our first impressions piece can rest easy. If anything, season two actually gets better in its last four episodes, with the action coming in faster and harder. Alongside Danny’s training with Colleen to prepare him to face Davos, there’s a point-sparring match between the two readying Danny to retrieve his gift from the man currently wielding it.

With a much stronger buildup to its climax behind it compared to season one, season two also sees Danny making a key decision that not only adds a whole new emotional dimension to the powerful final confrontation with Davos, but also wraps up season two in a way that WILL leave you asking “WHEN is season three coming?”

By any and every available metric, season two of “Iron Fist” is a tremendous improvement on its first – in one fell swoop, elevating the series to the greatest achievement of the Marvel-Netflix union so far. The fight sequences are sharp and masterful, every character engages the viewers with his or her own compelling story, Sacha Dhawan crafts Davos into an all-time classic MCU villain, and Finn Jones embodies a fully-realized Danny Rand made into a new man by the battles he’s fought up to this point. On top of that, the final twenty-minutes wraps up season two with ‘Easter Eggs’ galore, and sets the Immortal Iron Fist up for his greatest adventure yet in season three, and all I can say is…BRING. IT. ON!

Danny protects the streets of Chinatown as the Immortal Iron Fist

Colleen holds her own against this attacker

Danny welcomes Mary to the neighborhood

Joy Meachum has formed a secret partnership with Davos

Have you seen season two of “Iron Fist”, what are your thoughts on the fights, action and performances? What do you think will happen in season three? Let us know in the comments below; Like, share and join in the conversation on Facebook and follow us on Twitter & Instagram. (From K’un Lun to Wing Chun, step on into the FUniversal Kingdom of martial arts movie reviews and other exclusives!)

"The Night Comes For Us" fight clip released!