“Donnie Yen kicking butt in glasses and a fat suit” pretty much writes itself, and “Enter the Fat Dragon” shows how true that axiom is. With a thoroughly goofy tone and stakes roughly as high as that of your average rom-com for the first 80-percent of the film, “Enter the Fat Dragon” doesn’t do anything particularly inventive beyond letting Donnie Yen do his thing with forty or so pounds added to his frame.

Its connection with Sammo Hung‘s 1978 film of the same name begins and ends with their shared title. Nevertheless, as a basic action-comedy, it does the job adequately, if not admirably, and does so with a frankly much better ending than its first two acts would have suggested.

This dragon may be fat but he can still kick

Pure-hearted Hong Kong cop Fallon Zhu is ready to head to his wedding rehearsal with his fiancée, local actress Niki Chow. However, his commitment to stopping a crime in progress leads to his demotion to the evidence locker and their engagement being broken off.

Fast-forward a few months, and Zhu’s subsequent depression has seen him pack on a lot of weight. Zhu gets a chance to get out of the basement and back on the Hong Kong beat again by escorting a prisoner to Tokyo, but he soon finds himself in over his head with the prisoner in his custody escaping and a local Yakuza plot testing his skill and his patience. 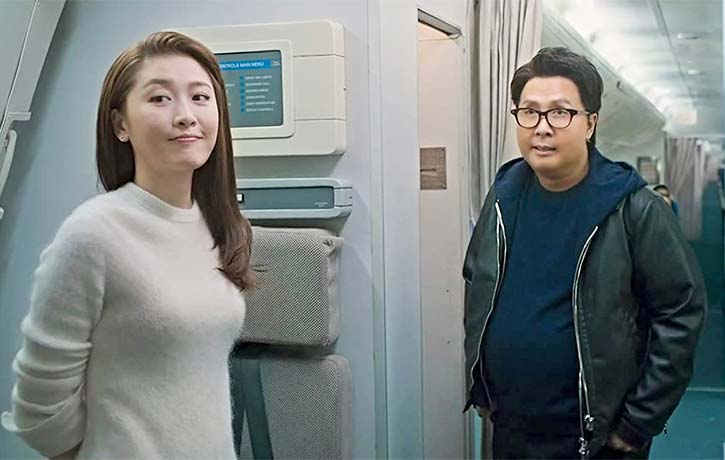 An unexpected meeting on the plane 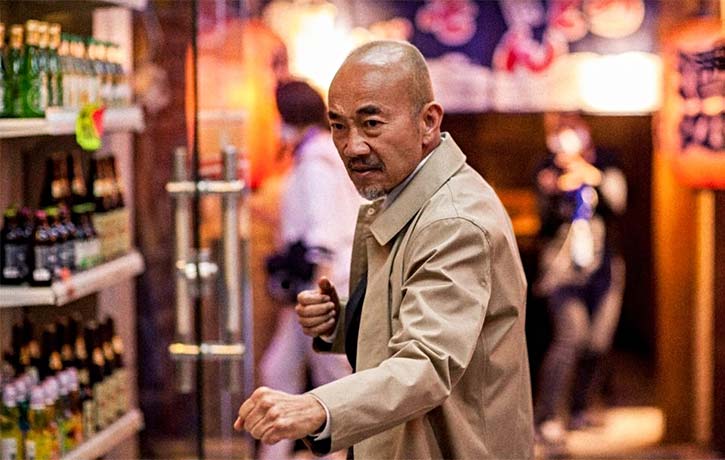 Arriving as Donnie Yen’s first major movie to be released after “Ip Man 4: The Finale”, “Enter the Fat Dragon” is the polar opposite of his signature role, and the majority of his filmography, in almost every way.

The tone is arguably the silliest and most slapstick of Donnie’s career (though not quite as out-and-out “Looney Tunes” as one might expect from a Wong Jing production), and Donnie himself has frankly never been this much of an underdog.

Even with how dominant a force he is in the action scenes, Zhu is a socially awkward dork who gets the short end of the stick every time.

Zhu being such a devoted Bruce Lee fanboy also opens plenty of windows for “Enter the Fat Dragon” to tip its hat to the Dragon, in everything from the theme music (a clear reworking of the theme of “Way of the Dragon”) to Zhu’s animal cries and use of nunchaku.

Unfortunately, while the tone was always meant to be comedic from the outset, “Enter the Fat Dragon” leans too heavily into awkwardly implemented wackiness (including clips from “Sha Po Lang” and “Flash Point” perplexingly used to tell Zhu’s background) and toilet humor for much of its first two acts, and making everything before the finale something of an intermittently entertaining but nonetheless clumsy plod.

Indulging a moment of fun fu

Zhu on the beat

If nothing else, the fat suit doesn’t slow Donnie down in the slightest. In a more trim frame in the movie’s opening twenty minutes, Donnie packs on the weight dictated by the film’s title with facial prosthetics and an artificial belly that adds a good twelve inches to his waistline. And truth be told, Donnie is as nimble as Zhu as he ever was in the “Flash Point” and “Ip Man” movies, even dabbling in a pretty fair helping of parkour action.

An overweight fighting machine is, of course, the whole point of the movie, but the first hour still carries a lot of juvenile baggage to trudge through. That, in turn, just highlights how much better the finale is than the material preceding it. The movie’s showdown in Tokyo Tower finally nails the symbiosis of comedy and action that the rest of the film doesn’t. It blends a goofy dweeb rising to the occasion to beat the villain and get the girl with that mid-80’s Hong Kong action-comedy vibe which the movie set out to capture.

“Enter the Fat Dragon” is the epitome of a weak start and a strong finish. Packed with choppy and at times quite uneven sub-par comedy, the movie nonetheless makes up for it with engaging action scenes, a committed against-type performance from Donnie Yen, and a third act that’s leaps and bounds above what came before it.

“Enter the Fat Dragon” isn’t going to claim the title of 2020’s best action-comedy (though admittedly, it’s not likely to be a highly competitive year), but as a zany misadventure with an atypical martial arts hero, it’s alright!

Zhu is ready to roll

Zhu packs on the pounds

See the funky “Enter The Fat Dragon” on Blu-ray, now!

HAIL! ALL DRAGONS LARGE AND SMALL: ENTER THE FUniverse, and get all fired up with these Top 5’s, Top 10’s, including the Best Donnie Yen Movie Fights, deep-dive interviews, Train YOUR Dragon in Official KFK wear, and subscribe for more fantastic fights of fu on YouTube!