If the seventies was the decade of kung fu, then the eighties was surely the decade of the ninja. And that boom was started by one man, the legendary Shō Kosugi, beginning with the first movie of “The Ninja Trilogy”, the perfectly titled “Enter the Ninja” (1981).

After completing “The Ninja Trilogy” and following that with “9 Deaths of the Ninja” (1984), Kosugi continued his ninja-based films run with “Pray for Death”. By the time of this movie’s release, ninjas had seemingly become omnipresent in Western entertainment.

With the Teenage Mutant Ninja Turtles comic created the previous year, Snake Eyes and Storm Shadow already in the G.I. Joe action figure toy line and soon to be part of a beloved cartoon series, plastic shurikens in toy shops and “American Ninja” (1985) released in the very same month as “Pray for Death”, it seemed like ninjas were lurking just about everywhere. But even if you felt all ninja-ed out, a Kosugi ninja movie was still something not to be missed!

Shō Kosugi stars as Akira Saito, a mild-mannered Yokohama businessman but also a man highly trained in the ways of the ninja. Akira travels with his family to set up a business in Los Angeles at the urging of his half-American, half-Japanese wife Aiko played by Donna Kei Benz. In Los Angeles the Saitos run afoul of cruel, sadistic enforcer Limehouse Willie portrayed by James Booth and his callous boss, Mr. Newman played by Michael Constantine.

Also appearing is Norman Burton as Detective Lieutenant Anderson and an unrecognisable Robert Ito as Koga, Akira’s adoptive father and ninja master. Rounding out the cast are Kosugi’s real life sons Kane and Shane who often play parts in their father’s movies and show off their own martial arts skills. Here they step into the roles of Takeshi and Tomoya Saito respectively.

Akira is ready to deliver destruction

Akira mentally prepares himself for battle

Adopted as a child and trained by a ninja master, Akira Saito has left the shadowy ninja world behind him and works a regular job as an executive at a food company in Yokohama. His American-born wife, Aiko, longs to return to her home country and convinces Akira to move from Japan to the USA, along with their two sons, and set up a restaurant business there. Reluctantly, Akira agrees but does see it as an opportunity to completely bury his ninja past and lead a fully normal life.

However, Akira finds out that his master, Koga, was right. Akira can never leave the shadowy world behind. When a local crime boss, Mr. Newman, is double-crossed by an associate and doesn’t receive a stolen jewel necklace, his head thug, Limehouse Willie, believes the Saitos somehow have come into possession of it.

Ninja strike from the shadows

The brutal Limehouse Willie starts a campaign of intimidation, violence and torture against the Saitos forcing Akira to re-enter the shadows and once more embrace the dark world of the ninja. Akira sets out not just to defeat his bloodthirsty enemies but to punish them so much that in the end they will yep, you guessed it, pray for death.

You don’t have to wait long in ”Pray for Death” when it comes to the ninja action. In the very first scene the viewer is treated to a mysterious ninja hero rescuing a captive lady from some evil ninjas in the picturesque grounds of a traditional Japanese house.

Akira and Limehouse Willie in a violent showdown

Nothing is going to stop Akira

The scene is packed with sword duels, flying shurikens, somersaults, running backflips off trees and we’re not even five minutes into the film. Not everything is as it seems but the opening clearly defines the movie’s intentions: that “Pray for Death” isn’t going to be stingy on the action front!

We are then introduced to Akira Saito and his family. Akira might seem like a gentle, family man but it’s not long before we see his true abilities. When meditating in his temple, Akira flashes back to a frenetic battle against a temple thief where Akira wields flaming torches against the intruder’s sword.

Shuriken a ninjas most trusty weapon

Master and student lock up

Back in the present, Akira takes on his master, Koga, in a one-on-one duel. This time Akira wields a karigata yari, a Japanese spear similar to a trident, but with the two outer blades facing downwards. This is another fast-paced exchange and both encounters demonstrate not only Akira’s abilities but the excellent martial arts choreography, done by Kosugi himself, for the movie.

When the Saito family arrives in Los Angeles, it’s not long before they become embroiled with some local gangsters and Akira has to call on his hidden skills. After Limehouse Willie’s threats cross the line in a major way, Akira penetrates their luxury boat, taking out the villains one by one in stealthy, ninja style. No weapons yet, just bare hands, kicks and chokes. Akira shows that he can get to them anytime he wants. This time, it’s just a demonstration.

Evil-like Limehouse Willie and his cohorts aren’t so easily deterred so Akira is forced to go full ninja and don an armoured chain-mail version of a shinobi shōzoku (the traditional ninja garb) and infiltrate their headquarters.

Akira does battle in the temple 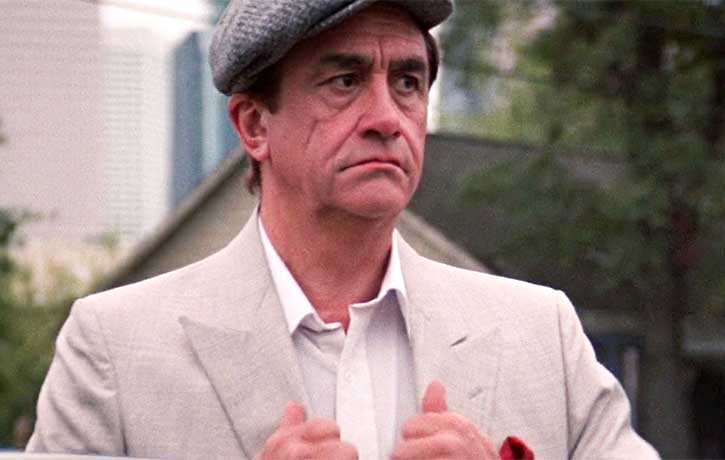 The evil and sadistic Limehouse Willie

Sho Brings His Ninja out to Play…

This time Akira goes all out with his weaponry, brutalizing bad guys with a serious ninja arsenal including ninjatō (a ninja-style sword that is straight, unlike a curved katana), shurikens, smoke bombs, bow and arrows, daggers and unique throwing spikes. Akira is a one-man dark angel of death.

A one-on-one showdown with the loathsome Limehouse Willie was always inevitable and it doesn’t disappoint. “Pray for Death” does a great job of making you detest Willie and by the end of the movie you’re going to want nothing more than for Akira to really get his hands on him. Their confrontation is a violent, visceral back-and-forth clash that delivers everything the viewer could possibly want.

Akira has a deadly arsenal of ninja weaponry

“Pray for Death” is definitely a worthy addition to the Kosugi ninja movie canon. While it does not hit the heights of “Revenge of the Ninja” (1983), it will still give anyone longing for some classic ninja action more than enough to satisfy them.

Maybe some historians and purists might find a few issues with the depiction of ninjas but “Pray for Death” does not aspire to be an historical documentary. It wants to be a bloody, thrilling, high-concept interpretation of shadow warriors and it succeeds in that goal. “Pray for Death” is a product of its time in the best possible way and it’s a pity we’ll probably never see a time again where ninjas are as ubiquitous in entertainment or as much fun.

Akira forges a sword worthy of a ninja

Always be wary of lurking ninjas 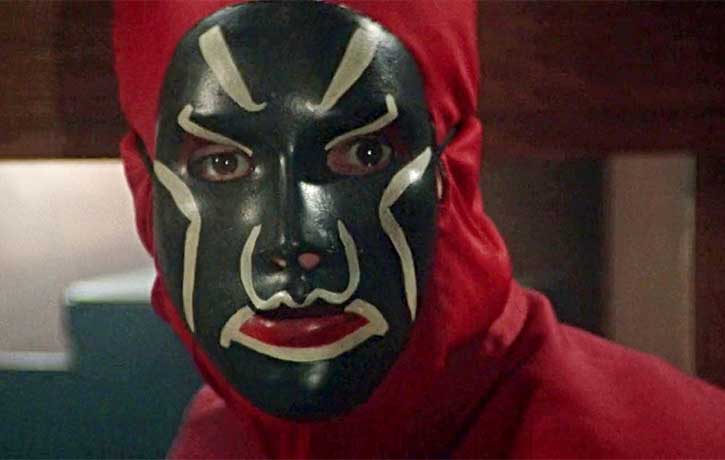 Mysterious thief in the temple

Do you remember this Sho Kosugi ninja, cult classic from 35 years back? What are your favourite fight- action moments from Master Kosugi’s body of work? Which Ninja flicks ‘n’ fights do you recall most fondly?

See the cult classic “Pray for Death” on Blu-ray, now!

SHO RESPECT FOR THE LEGENDS, then join them in the FUniverse, and these; Top 10 Ninja Movie Fights, Ninja Assassin, Ninja II, and even, Batman Ninja, check out these deep-dive interviews, get your stealth ON in KFK Official gear, and subscribe for more super-skilled fight action on YouTube!