Kung Fu Kingdom were recently honoured to attend the The London School of Capoeira‘s 30th Birthday celebrations, hosted by the Cultural Section of the Embassy of Brazil in London.

Capoeira is an Afro-Brazilian martial art that combines elements of dance, acrobatics, music and songs. It was developed by African slaves in Brazil at the beginning of the 18th century, who concealed their martial arts skills from the Portuguese colonists in the form of a dance. It incorporates a wide variety of kicks, spins, cartwheels and other techniques. On 26th November 2014, the art was granted a special protected status as “intangible cultural heritage” by UNESCO.

Established in 1988 by Master Silvia Bazzarelli and Master Marcos dos Santos, both graduates of the Association of Capoeira Senzala, Santos, Brazil, the London School of Capoeira Herança was the first official school in the United Kingdom. 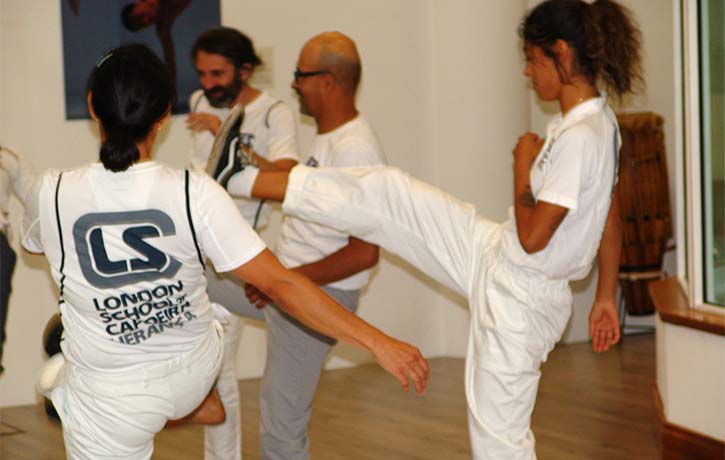 The students warm up

By 1991 masters Silvia and Marcos were running a full-time training studio dedicated to Capoeira, the first of its kind in Europe, based in Highbury Grove. Islington, London. As well as becoming fit and flexible from learning these exotic movements, students also learn to play the musical instruments and sing the songs that accompany its practice and performance.

At the Embassy of Brazil we were treated to a presentation and short film about the history of the London School of Capoeira and the many positive benefits students of the school enjoy from their training. Guests were then invited to a delightful display of this unique art from the students themselves and Masters Silvia and Marcos. This martial arts is a collaborative, rhythmical discipline that easily lends itself to the party atmosphere!

Youve got to bend not break

At the Embassy of Brazil in London

The event in London marked the start of a series of special events and workshops to celebrate the school’s 30th anniversary. The week of workshops will lead towards a grading ceremony and performance on the 27th October 2018 held at the school’s studio space in Finsbury Park, London. The event also saw the launch of a Kickstarter campaign to help bring three top Brazilian Capoeira Masters to the UK for the celebrations, Master Sombra, Instructor Alberto Vidigal, and Contra Master Valter Spolaor. You can find out more via this link: Kickstarter -London School of Capoeira Turns 30. (There’s a few days left to help secure the future of the London School of Capoeira at 30 years old and to create a world-class capoeira event in London.)

Kung Fu Kingdom would like to thank Master Silvia Bazzarelli, Master Marcos dos Santos, and Mr Luiz Carlos Chagas of the Embassy of Brazil, for their hospitality and a fun, entertaining and thoroughly enjoyable evening! 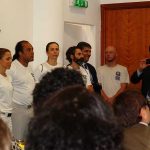 At a short capoeira video screening 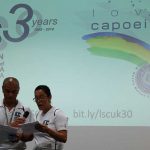 Masters Silvia and Marcos gave a brief history of the school

Nice place to practice your ginga

A Kickstarter campaign was launched at the event

What do you think of the art of Capoeira, tried it before? Which capoeira fight-scenes from action movies do you remember best; “Only The Strong”, “Undisputed 3”, “Tom Yum Goong”/“The Protector”? Let us know in the comments, or get the conversation started on our Facebook, Twitter and Instagram pages! (Don’t forget to subscribe to our FU-Tube channel for more exciting, exclusive content, interviews, the latest trailers and much, much more!)

Trailer for "Legend of the Ancient Sword" debuts online!

"The Night Comes for Us" to debut at 2018 Fantastic Fest!