Indeed, the series is also unique in bringing wire-fu to episodic television to an extent simply never seen before by Western audiences, pointing to Yuen Woo-ping’s “True Legend” as a clear influence. Unfortunately, the second half of the show’s third season (released with a considerable gap from its first that it effectively constitutes season four) would sadly be its last, while concluding on a finale that makes clear that the cast and crew have more stories to tell the world.

One certainly hopes that a revival on another network or streaming platform will allow for this to come to fruition (it certainly wouldn’t be the first time), but it is nevertheless undeniable that “Into the Badlands’” final season delivers everything fans have come to expect from the series and more. So, buckle up, readers, as we take one more journey “Into the Badlands”!

Back in the Badlands…

The war for the future of the Badlands rages on, with the nefarious Pilgrim, who now regards himself as a god among men, growing closer to realizing his conquest, transferring the dark gift into more of his followers, whom he now dubs “Azra’s Harbingers”.

Meanwhile, Sunny’s chief concern remains with the well-being of his young son Henry, and manages to reunite with his capture ally Bajie in their efforts to bring down Pilgrim, while Gaius Chau and Tilda also attempt to pre-empt the former’s sadistic mother and sister from gaining a foothold in the coming battle.

Sunny and his allies unite to stop Pilgrim

In the midst of it all, the Badlands’ most ruthless Baron Minerva, better known as “The Widow”, fights a literally internal battle to redeem her own soul, and emerges ready to put a stop to Pilgrim, while knowing that it will require her to join forces with her most sworn enemy.

Although this season would unexpectedly prove to be the last for “Into the Badlands”, you can sense that the production team sensed that was at least a possibility early on, as the season devotes much time to bringing characters’ relationships full circle, and rounding out the arcs of newer ones.

Despite being introduced in the first half of season three a year prior, Gaius Chau genuinely feels like an integral element of “Into the Badlands” on the same level as Bajie, who himself goes through a series of trials like never before while always tickling the viewer’s funny bone.

Everyone else, Tilda and Nathaniel Moon also each reach a crescendo on their respective journeys, all of which intersect with their series co-stars by the final act.

However, the best part of the final season, by far, is Minerva’s transformation that forces her to join forces with Sunny to put a stop to Pilgrim. Sunny’s ability to trust her old enemy is, at best, slim, and while the storyline of the season does ultimately require them to set aside their differences, that can only come after one wild sword-slashing duel that’s among the season’s best.

As Sunny has gained one ally, however, he’s already lost another after M.K.’s discovery that Sunny killed his mother during his early days as a Clipper. Where he was once ready to follow Sunny to the ends of the Earth, M.K. now sides with Pilgrim’s conquest of the Badlands purely to sate his vendetta against Sunny.

The switch of Minerva and M.K. on the hero and villain spectrum proves to be the most unexpected yet simultaneously engaging element of the story of season three, with the hedonistic villainess attaining redemption against all odds, while the once idealistic young hero proves the most tragic of the series’ many characters.

A Final Blast of Action!

In its final season, “Into the Badlands” delivers one final blast of the exceptional, wire-driven action it’s famed for, and what a blast it is! Sunny’s aforementioned battle of blades with Minerva during the latter’s efforts to make peace with him belongs on the series’ ultimate showreel, and indeed, Minerva is right at the center of some of the best moments of the season.

Her turn to the light comes about in the episode “Raven’s Feather, Phoenix Blood”, in which Minerva finds herself journeying into the depths of her mind to recover her lost gift, only to fight an internal battle with the evil within herself. For a character viewers have been rooting against for years now, it’s truly a cheer-worthy sight to see Minerva quite literally face off with herself in order to turn over a new leaf, and a stunning fight scene on a purely visceral level, as well.

The eight episodes that make up the final season are stocked with plenty of great action sequences like these, but the aptly- named finale, “Seven Strike As One” is a true exercise in saving the best for last.

The episode promises a grand finish with the sight of Sunny, Minerva, Gaius, Moon, Tilda, Bajie, and Sunny’s sister Kannin, played by Eugenia Yuan, (the daughter of kung fu cinema legend Cheng Pei-Pei) gathering on a hilltop with a literal army of warriors below. 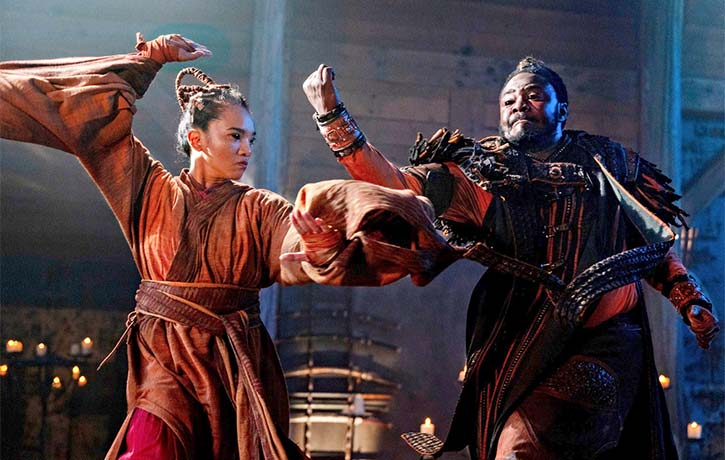 The Abbots wont bow down to Pilgrim without a fight

Minerva battles for her own soul

Sunny lands a punishing spinning back kick on Pilgrim

Pilgrim will stop at nothing to crush his enemies

Going Out on a High – Badlands’ Best Martial Arts Scenes

Rest assured, it delivers magnificently on that promise with a martial arts war the likes of which has rarely, if ever, been seen on basic cable. Much blood is shed and sacrifices are made to put a stop to the plot of Pilgrim, who has never been one to sit on the sidelines when the action starts and doesn’t do so here, either.

However, though the finale ends the season on a truly epic note with its most stunning martial arts battle to date, it also concludes on something that makes clear that everyone involved was expecting the series to continue for at least one more season. 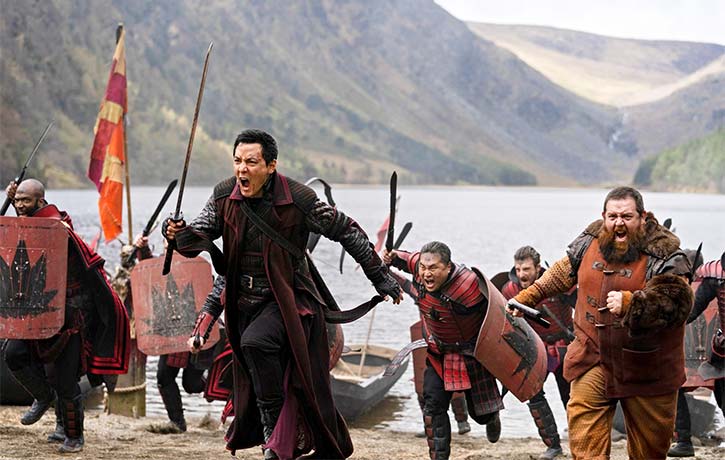 Sunny and Bajie lead the charge

Going out on a big clang 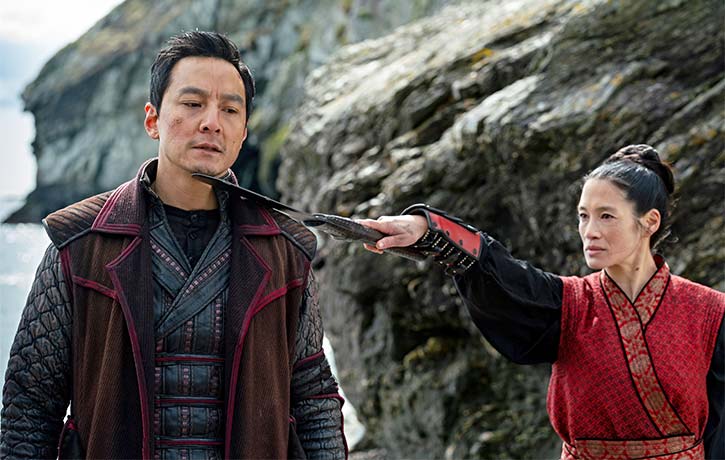 Kannin has some bad blood with her brother Sunny

Though “Into the Badlands” has come to an all too soon end (with even the creators expressing hope that it may be able to continue elsewhere), it nevertheless remains undeniable that the series is truly a landmark for martial arts on the small screen.

With each season full of characters you love, stories that thrill, and action scenes that dazzle, “Into the Badlands” has raised the bar of what is possible for kung fu television into the stratosphere with its post-apocalyptic re-imagining of “Journey to the West”.

For aficionados of action and seekers of adventure around the world, our collective journey “Into the Badlands” has been a most memorable one so far…

Gaius hopes to guide Minerva back to the light

Nathaniel Moon is ready for the coming battle

What did you think of the final episodes of “Into the Badlands”? Are you sad to see the series end? What were your favourite action moments from this post-apocalyptic tale? Let us know in the comments below, join in the conversation on Facebook and follow us on Twitter and Instagram.

Now you’re Out of the Badlands, step into the FU-land of more detailed reviews, Top 5’s, Top 10’s, deep-dive exclusive interviews, get INTO your new KFK Official gear and subscribe for more apocalyptic-kinetic action on YouTube!