Move over Sergio Leone and Clint Eastwood, and Chow Yun-Fat and John Woo, there’s a new action-packed cinematic partnership in town and it’s taking the action genre by storm. Director Jesse Johnson and UK action star Scott Adkins’ collaboration has given birth to some of the most talked about and explosive action films including “Savage Dog” and “Accident Man”. It’s a magical partnership based on mutual respect, admiration and unlimited enthusiasm in the high-pressure and often unforgiving world of action movies.

Scott Adkins and Louis Mandylor in The Debt Collector

Of course, for Jesse Johnson action cinema is in his blood, his uncle after all is the legendary stuntman and stunt coordinator Vic Armstrong. From his youth he has worked as an apprentice under his uncle to branch out on his own as a stuntman working on feature Hollywood blockbusters. For the last decade however Jesse has stepped out of the spotlight and behind the camera as a writer and director. Over the years Jesse has worked with action heavyweights Dolph Lundgren, Keith David, Rick Yune, Jerry Trimble and Steve Austin. Yet it his collaboration with Scott Adkins that is yielding some seriously vibrant cinematic fruit – action-packed and laced with just a touch of British humour.

“The Debt Collector” had a recent UK theatrical premier screening and Q&A with Scott and Jesse (and co-stars Louis Mandylor and Selina Lo as part of the Fighting Spirit Film Festival) in September. The dynamic duo’s latest offering marks something of a departure from their usual work, still quintessentially British in its dark humour but more of a character-driven story.

With “Triple Threat” – the “Expendables” of martial arts movies – on its way, and their current project “Avengement” in production, it’s a pairing that we believe will continue to grow and dominate the action scene for some time to come. We caught up with Jesse in his London office for a chat about “The Debt Collector”, and got his thoughts on the challenges of filmmaking and his collaboration with one of the UK’s biggest action stars. 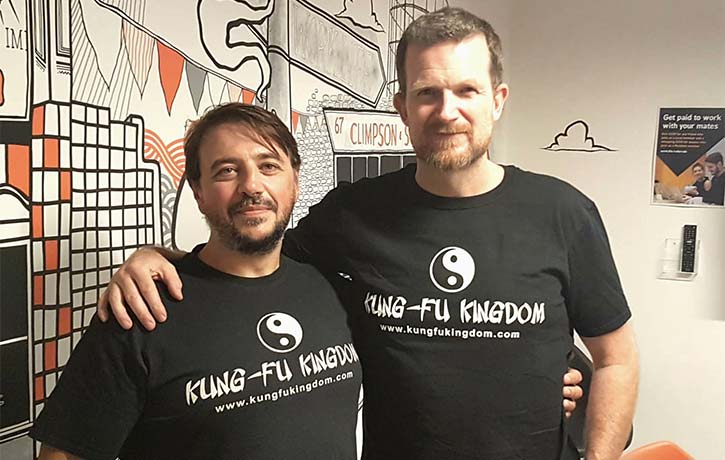 Which of Jesse’s movies have you enjoyed the most so far? Let us know in the comments below; Like, share and join in the conversation on Facebook and follow us on Twitter & Instagram. Jesse’s martial arts version of ‘The Expendables’ (“Triple Threat”) is set to kick up trouble real soon, and is sure to strike your FUnny bone, so stay tuned and join us for more news and other exclusives!)