A long time ago, in a galaxy far, far away – specifically, Hollywood through pretty much the entirety of the Reagan-Bush era – a certain film distributor by the name of Cannon Films gained significant notoriety as a producer of low-budget yet high-earning action films, everything from schlocky yet fun ninja thrillers to early Jean-Claude Van Damme vehicles and 90-minute kill-a-thons featuring Chuck Norris slaughtering ill-prepared enemies by the dozens long before his internet meme hood.

Today, action fans look back on Cannon Films as a genre unto itself, guilty pleasures of glorious 80’s sleaze-cheese and testosterone-drenched wish-fulfillment, and few recent action films have provided as much of a throwback to the Cannon Films brand of absurdly over-the-top thrills as Jesse Johnson’s “Savage Dog”!

The great Scott Adkins leads the film as Martin Tillman, a former IRA soldier imprisoned in the jungles of Indochina by the villainous Steiner, played by Vladimir Kulich. Our hero finds even greater adversaries, however, in the form of the vicious Rastignac, played by Marko Zaror and Vietnamese military vet Boon, played by MMA champ Cung Le. Rising star Juju Chan portrays Martin’s love interest Isabelle, while the always reliable Keith David book ends the cast as American expatriate and narrator of the film, Valentine.

Indochina, 1959: after fleeing his homeland years ago, former IRA soldier Martin Tillman now fights battles of a different sort, held prisoner in a work camp and competing in bare-knuckles fights for the entertainment of Nazi war criminal Steiner and his sadistic entourage.

When he’s finally released, he finally seems to have found the peaceful life he’s long desired, finding employment at the bar owned by American war veteran Valentine and beginning a romance with a local woman named Isabelle. However, he soon finds himself reluctantly pulled back into the fighting pit by his former captors.

Rastignac wields his blade with fury

Tillman plans to call it quits for good after Steiner orders him to throw a fight, but he learns all too late that Valentine had bet on him to win, leading to his new friend being murdered in the ensuing confrontation with Steiner’s vicious right-hand man, Rastignac and Tillman being left for dead. Unbeknown to his former captors, however, Tillman remains very much alive and on a warpath of vengeance against the men who destroyed his world.

In an era of ever-escalating production budgets and digital wizardry that’s achieved such a level of perfection that debates over the award worthiness of performances given via motion capture continue apace, it’s easy to forget how recent it was when action films thrived, by and large, on simplicity and frequently doing so out of necessity. Such was the case of the Cannon Films library, which despite being allotted more cash than a Roger Corman cheapo were still B-movies, through and through. Yet, that minimalism was what guided them to the rise to the highest aspirations of what their limitations could achieve. “Missing in Action” could not hope to achieve the kind of grand scale epic adventure of a “Lord of the Rings” film, but that’s okay – just toss in the image of Chuck Norris emerging from underwater to blow his enemies to kingdom come in slow motion and no audience member was going home grumbling that they didn’t get their money’s worth!

Tillman falls in love from behind bars

Rastignac is a vicious advesary to face down

Tillman faces off with Rastignac

Tillman nails Rastignac in the torso

The DNA of Cannon Films is what flows through the veins of Jesse Johnson’s “Savage Dog”, – a film that’s all about action, testosterone and violence taken to almost “South Park” levels of absurdity. Maybe a full third of the film takes place in the mud pits where Tillman and his foes engage in proto-MMA brawls, and fittingly for both the time period and the homage to the fighting action of Cannon Films, things are kept mostly grounded and traditional with the kind of flashy aerial manoeuvres Scott and Marko are known for being kept in relative check.

Aside from capturing the primal but thrilling martial arts action that was a staple of Cannon Films, from the studio’s role in the 80’s ninja craze to launching Jean-Claude Van Damme’s helicopter kick into international fame in films like “Bloodsport”, “Savage Dog” also brings back that other staple of the 80’s, the one-man-army single-handedly invading the compound of his enemies, most gloriously exemplified in Arnold Schwarzenegger’s “Commando” (okay, not actually a Cannon Film, but a rose by any other name!).

With a machine gun by his side, Tillman wages a one-man all-out war on the work camp where he once beat his foes to a bloody pulp in no holds barred pit fights, until he must come out of retirement once more after crossing paths with Boon. Scott and Cung Le do not disappoint with their pulse-pounding face-off, and that’s certainly not the case for the much-anticipated Scott Adkins-Marko Zaror rematch that caps off the film, either. It can’t be overstated just how much Marko excels at portraying this kind of supremely swaggerants limeball of a villain who delights in antagonizing his opponent as they trade blows, which also serves well as a contrast to Cung Le’s more stoic and honour-driven military veteran who views Tillman as a worthy and respectable adversary. And talk about living up to its title – boy! will gore junkies have plenty to (literally) feast upon when the end credits roll…

Tillman dreams of his freedom

Tillman ready to move on with Isabelle 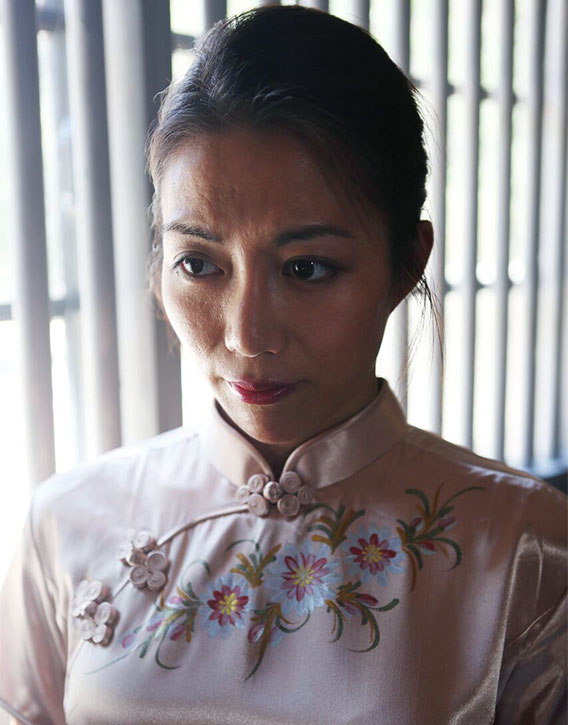 Occupying a niche genre, a generation removed from its time, “Savage Dog” is wickedly bananas and a glorious throwback to the thrilling, gratuitous excesses of Cannon Films. The film embraces the B-movie roots of its ancestor and delivers what action lovers crave, to say nothing of what will probably go down as one of the most vicious on-screen deaths of the 21st century – even if Keith David’s otherwise solid narration does admittedly miss the perfect window for what could have been a one liner of “the frank or the beans” variety!

Boon is a no nonsense commander

Rastignac destroys anyone who gets in his way

Rastignac fires on his enemy

The Defenders: Season One - First Impressions