Ever since his appearance as Coolie in Stephen Chow’s “Kung Fu Hustle”, Xing Yu has simultaneously been one of the rising stars of Hong Kong action movies along with largely being relegated to the role of either ill-fated sidekicks or dastardly evildoers on a collision course with the heroes’ fists of fury (which have rather frequently belonged to Donnie Yen, as you’d probably assume.)

In “The Wrath of Vajra”, Xing Yu, under his newer stage name of Shi Yan Neng, finally gets the long overdue opportunity to serve as the leading man. With an international cast of characters and blazing action sequences, “The Wrath of Vajra” is excellent martial arts-fuelled popcorn entertainment and a splendid inaugural lead for Yan Neng, which you can rest assured will not be his last!

Leading the pack in “The Wrath of Vajra” is Shi Yan Neng as the stalwart Shaolin-trained warrior known only as K-29, a one-time member of the Japanese cult known as “Hades”. The film harkens itself back to old school territory by selecting a Shaolin Monk as China’s great champion against the invading Japanese, and who better to portray him than an actual former Shaolin Monk?

Yan Neng spent a decade living and training at the legendary Shaolin Monastery before making the transition to martial arts films, and it more than shows with the impenetrable finesse of his movements, and the power that rattles his opponents and the viewer with each strike he lands! Former Korean pop-star Steve Yoo embodies the film’s arch villain Kurashige Daisuke, aka K-28. The one-time ally of the film’s hero, Daisuke is as steadfast and adamant in his dedication to the Hades cult as his rival is committed to bringing it down. The film marks the third martial arts role for Yoo, after “Little Big Soldier” and his brief appearance in “Man of Tai Chi“, and he provides a powerful arch-nemesis for Yan Neng.

Yoo’s real-life taekwondo skills are amazing, but his exceptionally muscular physique will probably leave an even bigger impression on the viewer. American Karateka, Matt Mullins, along with fellow martial arts champs Kofi Yiadom and Robert Gilabert Cuenca handle the supporting heroic roles, while the one and only Yasuaki Kurata appears as the imprisoned head of Hades, Kawao Amano, though sadly, all but Mullins are largely underutilized. More than making up for this discrepancy, however, are Yan Neng and Yoo themselves, along with the towering Baocheng Jiang and the more diminutive Poppin Hyun-jun, each with his own unique method of intimidating and outright terrorizing his enemies. 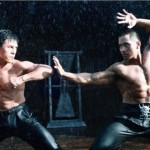 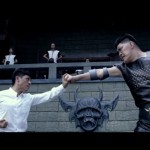 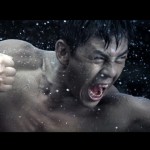 Talk about a Fist of Fury

In the 1930’s, a once-powerful Japanese warrior cult known as “Hades” lies dormant after years of determination to expand the Japanese Empire. With Hades leader Kawao Amano imprisoned, the Japanese prince forms a pact with Amano to resurrect the dormant Hades cult and conquer all of Asia, under the new leadership of Kurashige Daisuke aka K-28. Hades sets about kidnapping more and more children throughout Asia to make up its ranks, along with a multi-national unit of soldiers working alongside the Chinese army which include several former Hades members.

Back in China, a man known only as K-29 who grew up training in Hades alongside his brother hears of the cult’s resurrection. K-29 was known as the “King of Vajra” while a member of Hades due to his great formidability, but eventually escaped Hades and fled back to China, assuming the peaceful life of a Shaolin disciple, with the K-29 emblem tattooed on his arm forever leaving him haunted by the guilt of having killed his own brother while overcome by the zeal he once had for becoming Hades’ fiercest warrior.

Now hard at work attempting to master the esoteric 17 Seconds to Death style, K-29 departs from his monastic life to put a stop to Hades’ activities and save the cult’s child captives, which include a young Shaolin disciple, from the same fate he endured. Met with scorn by his former allies, Daisuke grants K-29 the opportunity to free Hades prisoners on the condition that he defeat three of the cult’s finest warriors, including Daisuke himself. 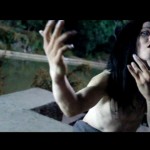 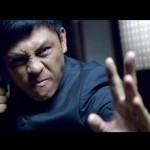 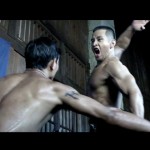 If the action in “The Wrath of Vajra” could be summarized in one word, it would be “prodigious”. Under the direction of accomplished stuntman and fight choreographer Peng Zhang alongside the great Sammo Hung, there’s no shortage of terrific action on display in the film. However, before listing the film’s strengths, which are many, it is also necessary to point out how little it makes use of its absolutely phenomenal supporting cast! Yiadom and Cuenca are each highly accomplished stuntmen and martial arts practitioners, yet the combat that both manage to participate in amounts to little more than a quick fight-montage showing the captured soldiers as coerced Hades trainees that ends almost as soon as it begins.

Yasuaki Kurata’s role consists of a few scenes which are entirely dialogue-driven, hardly befitting one of Hong Kong’s cinema’s most enduring Japanese villains. Among the supporting cast, Mullins is given much more involvement in the main action, and though not quite as much character development as would have been needed for his character to have the true impact that he could have.

Those are cons of the film, but it’s entirely safe to say that the strength’s do a splendid job of obscuring them. Shi Yan Neng is simply magnificent in the film, a true powerhouse who should have been a leading man ten years ago. His is probably the most fearsome scowl you’re going to find in Asian action cinema today, one that would make Yuri Boyka shiver, and it perfectly complements his tremendous fighting skills. An interesting trick the film pulls out of its sleeve is taking two training sequences involving the hero and arch villain against a set of training dummies and morphing each into a legitimate fight sequence by bringing the viewer into each man’s mind and showing his envisioning of his targets as human opponents.

K 28 is always up for a sparring match

Hades makes enemies in the East and the West

Though there is an abundance of duels throughout the film, the centerpiece comes down to K-29’s three duels with Hades’ top fighters, each presenting its own unique gimmick, and thus carrying its own identity that is completely distinct from all the others. The first pits our hero against Hades’ monstrous behemoth fighter Tetsumaku Rai, portrayed by the hulking Baocheng Jiang. The power of both fighters in the duel is something that viewer feels more than they see, but even better is the extent to which the duel, and the film as a whole, illustrates the true versatility of Shaolin martial arts.

Slow-mo shots of K-29’s fists and feet slamming into his opponent’s face are simply gut-wrenching, but our hero also makes extensive use of throws and grappling techniques drawn from Chin Na and Shuai Jiao, including one particularly memorable maneuver that would be right at home in a modern day MMA-match. K-29’s next adversary, known only as Crazy Monkey, more than lives up to his name, and indeed, gives new meaning to the term “Mad Monkey Kung Fu”. A lithe, unkempt beast of a man, Crazy Monkey is the polar opposite to Tetsumaku Rai, utilizing speed and great agility in place of the former’s size and strength while proving just as psychologically intimidating to his enemies, and the viewer! His match with K-29 will probably be the one which viewers most vividly remember from the film, a true testimony to Poppin Hyun-jun’s Mad Dog-esque skill at intimidation.

In that regard, K-28 functions as a kind of hybrid of our hero’s first two opponents, combining the strength and musculature of the former with the fighting prowess and agility of the latter. The final duel between K’s 28 and 29 is as epic as they come. With both men bare-chested in the pouring rain with a heart-pounding soundtrack in the background, you’d think that the fate of all humanity hinges on the outcome of their battle, and the choreography of the action ramps up the intensity along with perfectly contrasting each man’s approach to combat – Yan Neng relying on traditional Shaolin Fist techniques while Yoo assaults him when an endless barrage of knife-hand chops, all leading to a very satisfying crescendo. 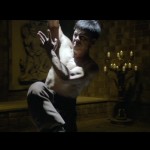 Daily training is essential for K 29 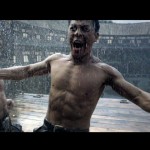 “The Wrath of Vajra” is as much of a blast as you could hope for. Although much of its highly talented supporting cast are not exploited to the extent that they should have been, there’s no shortage of fantastic action in the film, and each duel is given its own distinct angle and identity that keeps the action fresh, unique, and never boring throughout.

Poppin Hyun-jun and Steve Yoo make memorable and engaging villains – with his beefy physique and fighting prowess, Yoo could well become a modern day Bolo Yeung in the future. And Shi Yan Neng establishes himself as a fantastic hero with growing charisma in his freshman leading role, which we can rest assured won’t be his last (surely, Donnie Yen won’t mind having a bit of weight taken off his shoulders)!