Based on the true story of 1990’s welterweight boxer Micky Ward and his older half-brother Dicky Eklund (portrayed by Mark Wahlberg and Christian Bale) “The Fighter” is an often-intense biopic and look back at the struggling relationship between two brothers dedicated to the sport of boxing but who otherwise follow very different paths in life.

While the performances of Mark Wahlberg, Amy Adams and Melissa Leo all rightfully received praise from critics, it was Christian Bale as ex-fighter and drug addict Dicky Eklund that stole the show. Bale’s research into Eklund’s mannerisms and drastic weight loss for the film earned him high acclaim and a Satellite Award, the Critics’ Choice Award, a Golden Globe and the National Board of Review Award for Best Supporting Actor.

Wahlberg plays Micky Ward who early in his career was a sort of ‘stepping stone’ for other boxers looking to make a name for themselves. After leaving the sport, he’s eventually lured back in by his father and new manager, Sal Lanano who convince him to no longer involve his troubled brother (now in prison) and ex-manager and mother Alice Eklund-Ward.

The dynamic of all involved as a family often at war makes for engaging viewing and perfectly cast for this gritty tale.

The film begins with a jubilant Dicky Eklund proudly touring a film crew from HBO around his local area in Lowell, Massachusetts with his younger brother Micky Ward alongside him. It’s a happy start with Dicky believing he’s having a comeback documentary done about him, only to find out later on that it’s based on how crack addiction has ruined his life in an HBO special called ‘High on Crack Street: Lost Lives in Lowell’, which helped influenced this film.

We then witness Micky suffer a loss which causes him to briefly leave boxing. Soon after, he meets and forms a relationship with Charlene Fleming.

Mark as Micky in phenom shape

Meanwhile, in prison after getting into a fight with the police, Dicky starts training and trying to get his life back together. During this time, Micky gets new management and builds up some confidence after a few wins and eventually earns a title shot after defeating an undefeated up and comer. Once Dicky is released they eventually come to an agreement that the family all need to work together for the sake of Micky’s now flourishing career.

“The Fighter” goes some distance in distinguishing itself with the presentation of its boxing matches. There’s a long list of well-respected boxing films out there and you can appreciate that they try, and for the large part succeed in really engaging you with a unique feel to every fight.

Much like the film as a whole, the fight scenes are well put together with an undercurrent of strong feeling emphasising the main theme – family. This is especially evident as we witness Ward’s looking on and a rollercoaster of emotions at the opening bell. 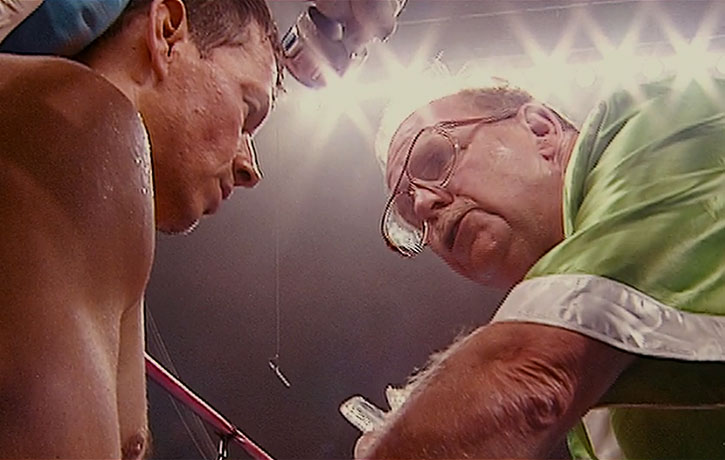 Micky gets advice from a frantic corner

Eklund at his lowest point as he fights off the police

Ward back on the right path 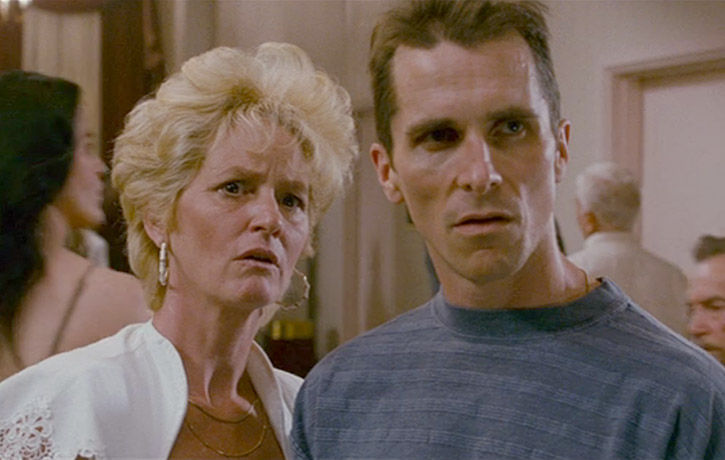 A weary Dicky and mother Alice

There’s a healthy mixture of intense highlights of Ward getting beat down with his distraught supporters looking on and a fun highlight reel scene of his rise to success as he builds up confidence against an array of opponents.

The look of the matches feel like they’re straight out of 90’s television, with the production team using the same cameras from that particular era of HBO. It’s a refreshing change and they nicely capture the feel of those years, taking you back rather than trying to over-glamorize the sequences. Later on, the fight scenes come through fast as we’re presented with a montage of successful knockouts; you can tell Wahlberg has had past boxing experience in his junior years having had put in some solid training time.

Outside of the boxing we also have a darker brawl with the police brutally beating down an on the run Dicky and even purposely breaking the hand of Ward which – one of the more sobering moments of the movie. 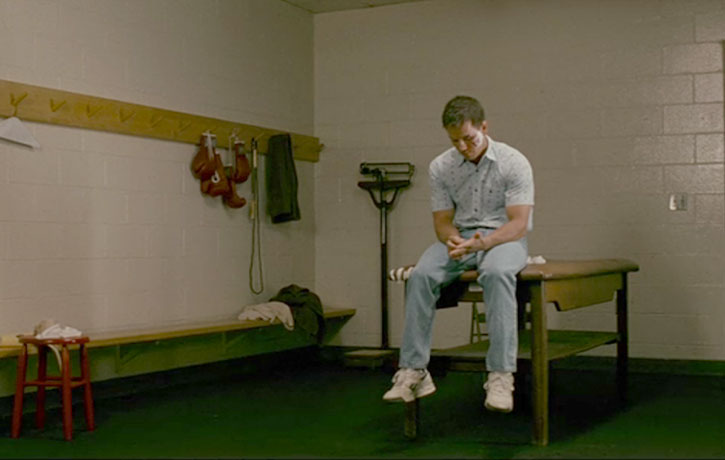 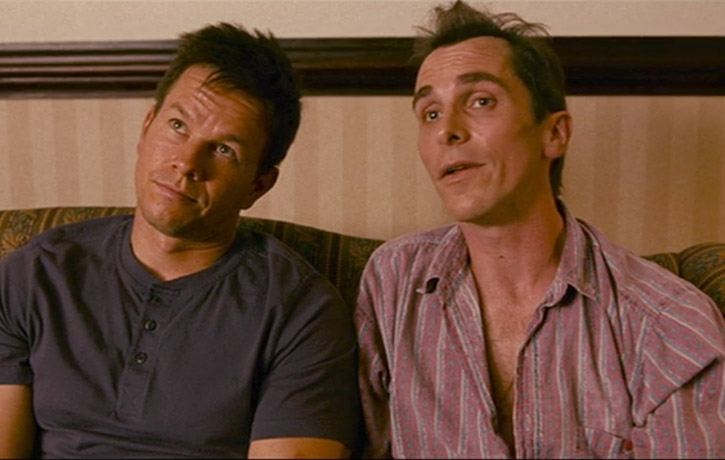 A sobering interview with Dicky and Ward

“The Fighter” is an engaging film, with the story moving along fast enough to keep the viewer pretty interested. As mentioned the performances are hard to fault with Wahlberg and Bale in contrast playing both subtle and stronger characters believably. While it’s probably not meant to topple the likes of “Rocky” or “Raging Bull” it’s still a stellar film in its own right, in its own way, doing a fine job at standing out as memorable in the boxing genre. 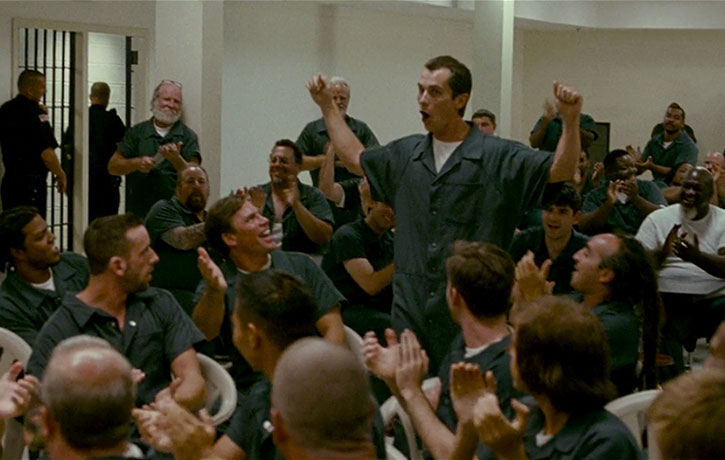 Dicky proudly parades around before his harrowing documentary

A nervous Alice updates Dicky on his brothers fight 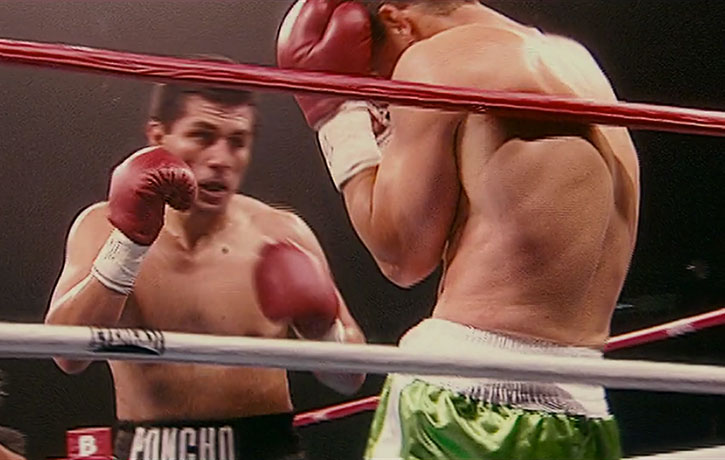 Ward clings on as he waits for his chance

Ward tries to reconcile with his strongest supporter Charlene

Micky hits a sweet shot on his way back up 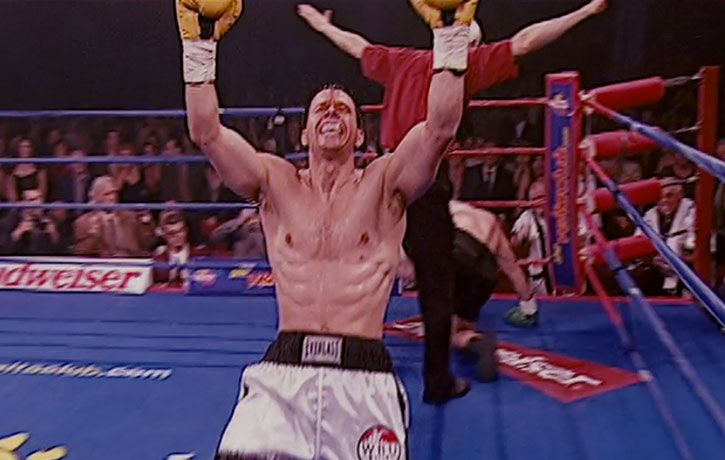 Ward victorious in his biggest bout ever

Crafting the action of Wonder Woman!