Stunt veteran turned action filmmaker Jesse Johnson is on one hell of a roll. Following 2017’s “Savage Dog“, last year’s “Accident Man“, “The Debt Collector“, and the completely off-the-charts “Triple Threat” and “Avengement”, he re-teams with long-time collaborator Dominiquie Vandenberg for “Legion Maxx”. Despite being a comparatively small scale action thriller, “Legion Maxx” delivers the goods with a blend of martial arts action, war movie grit, and a script that brings the contradictory skills and desires of its protagonist into perfect harmony with its story of his quest for a peaceful existence.

Former Legionnaire Dominiquie Vandenberg steps into the role of the soft-spoken warrior, Maxx, with Louis Mandylor assuming the role of his sadistic former associate, LeClerc. Carmen Argenziano portrays the kind-hearted Father Elias, with Manny Alva appearing as his fellow priest, Father Thiago, both of whom become allies to our hero. Maxx is further given a run for his money in the form of LeClerc’s team, Rodriguez, Notch, Hammaford, Wilson, and Magpie, played respectively by Brad Ashten, Robb Zbacnik, Jeremiah B. McQueen, Geordie Robinson, and Alina Andrei. Robert Dill and Luke LaFontaine (who also served as stunt coordinator) portray the vicious gangsters Vincent and Tex, while Marilyn Sanabria tackles the role of Esther, one of many parishioners of the two priests whom our hero comes to defend over the course of the film.

Whether it’s in Africa, the Middle East, or South America, the mercenary team lead by the tough-as-nails LeClerc leaves no stone unturned, or body alive, whenever they’re called in for a job. However, Maxx, one of LeClerc’s more altruistic soldiers, eventually decides he’s had enough of his life of violence, with his largely indifferent former teammates leaving him for dead after he’s nearly killed on their latest mission in Colombia. 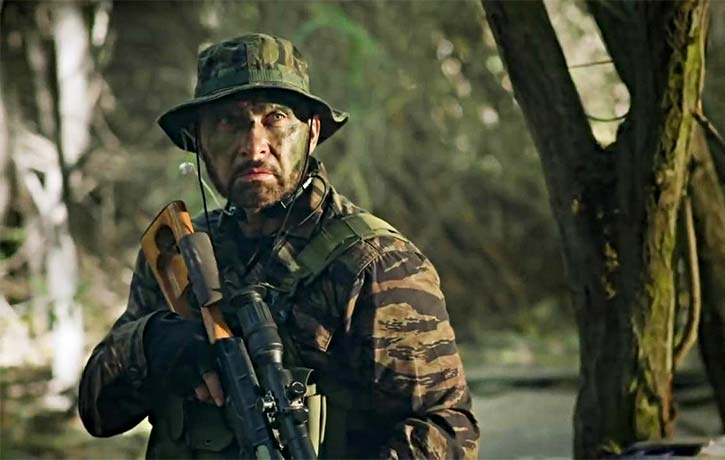 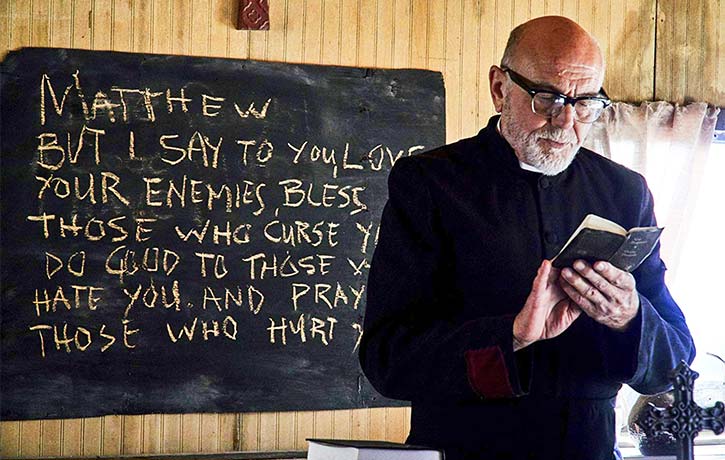 The local church provides a sanctuary for Maxx

The wounded Maxx manages to make his way to a local Catholic church, where Father Elias takes him in and nurses him back to health. However, Maxx’s past catches up with him after he defends the church from a gang of thugs, not knowing they’re affiliated with his old allies. After LeClerc tracks Maxx down, he and his teammates quickly discover he not only has no interest in returning, but also no plans to let them or their associates terrorize the village any longer.

Out of Jesse Johnson’s three-directorial outings debuting in 2019, “Legion Maxx” is certainly the most modest in terms of scale and production values, but that’s hardly a hindrance on the more personal story its telling. You can see shades of “Dances with Wolves” and “Seven Samurai” in the screenplay, and Dominiquie Vandenberg’s presence boosts the film with a performance predicated around the contrarian nature of his character.

As we see in the opening of the film, Maxx is a living, breathing war machine who can snipe a target the size of a grain of sand from a mile away, and single-handedly leave dozens of enemies moaning in agony on the floor beneath him as he strolls away without a scratch. Yet, for all his innate skill at killing people, Maxx doesn’t have a true propensity for violence. When he bothers to speak at all, he’s the most soft spoken character in the entire film, and he goes out of his way to avoid confrontation whenever possible. 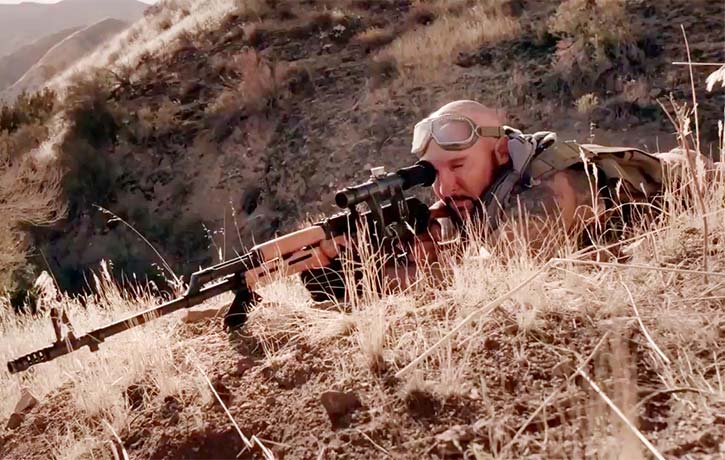 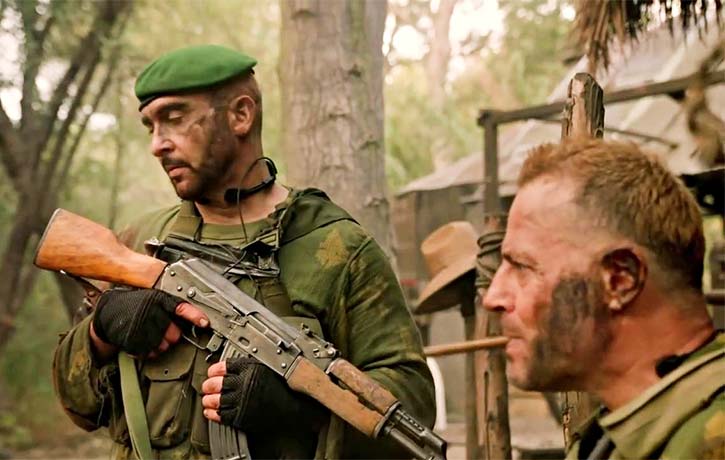 Maxx wants to leave his mercenary life behind 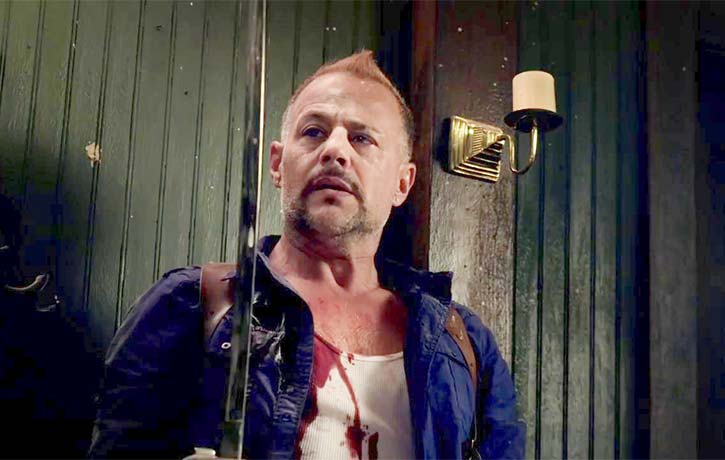 Early on, Maxx endures the emasculating taunts of the local thugs harassing the villagers to keep the situation from turning violent, and earns the nodding approval of Father Elias, who all but ordains him a priest right then and there. It’s only when it becomes clear to him that the looming threats besieging the village will not subside that Maxx finally launches furious fists on their attackers, and it’s still clear that he’d rather just live and let live. The film’s quiet middle section where Maxx is just trying to live in peace with the people who have taken him in, also gives the action sequences book ending the film an added potency, with the viewer knowing that Maxx is left with no other option. That being said, the surprisingly brief homage of Maxx training the villagers in martial arts ends before it’s able to have any significant impact on the story, and does ultimately leave something to be desired.

The film’s abundant ballistic and martial arts action pulls no punches in delivering intense, bloody battles (slight spoiler warning – this is the rare action movie to feature a crucifixion). The opening of the film plays out like a small scale war movie, with Maxx, LeClerc, and their compatriots going on missions in Africa, Iraq, and Colombia with no enemy left unravaged wherever they’re deployed.

The Iraq sequence is especially well done, with Maxx single-handedly shooting, slashing, and kicking his way through an entire terrorist compound. The film slows down a bit to allow Maxx to taste his new life in the village, and it sets up a brilliant visual metaphor for his character arc by having him adopt the clerical garb of a priest for the last half of the film. Maxx’s only desire is to leave his old life behind, and yet, as soon as he’s fought off the thugs harassing the villagers, he’s constantly being called upon to utilize the skills of his military background. 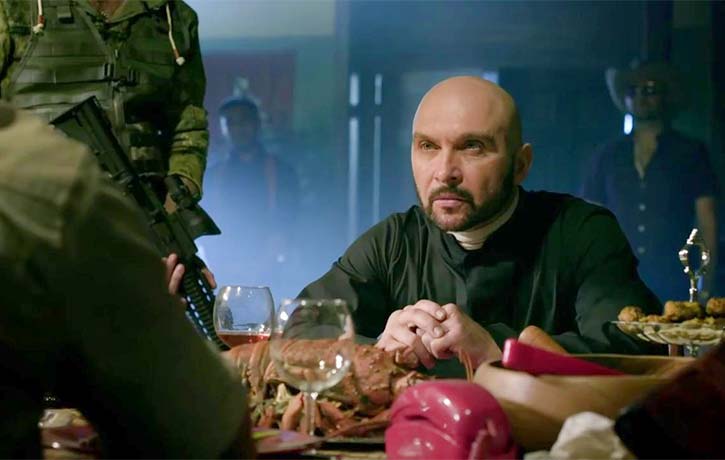 Maxx comes face to face with his old allies 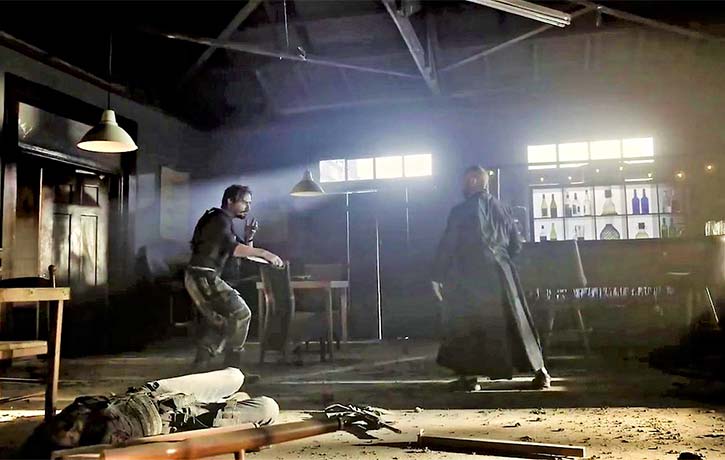 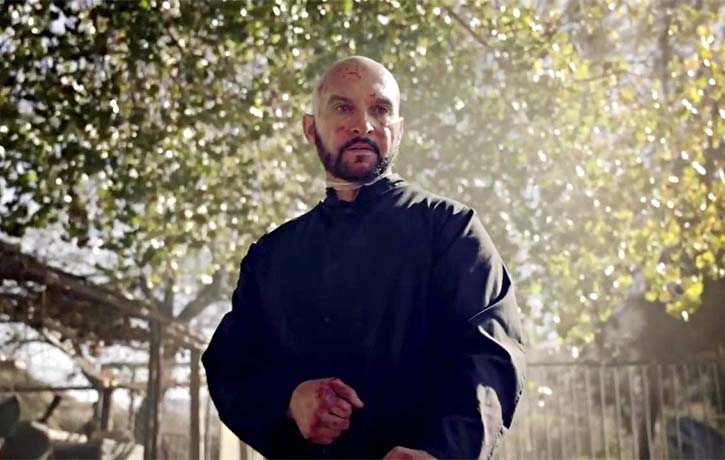 In every action sequence in the film’s latter half, we see the internal conflict of the life he wants to live and the one he wants to leave behind blended together as he fells enemies by the dozens while resembling a Catholic priest. If the beginning is akin to a war film, the finale plays out like a Western, with Maxx in his priest’s cassock alternately blowing his former teammates to kingdom come one minute and spin-kicking them to an early grave the next, with one particularly unfortunate enemy learning the hard way the capabilities of a shotgun as a blunt instrument.

Maxx’s final confrontation with LeClerc also brings the film’s balance of contradictory elements front and center as the two former allies clash swords whilst trading verbal jabs. LeClerc’s flamboyant scene-chewing contrasting splendidly with Maxx’s more conservative demeanour, though he does also manage to snag one of the film’s most memorable lines!

Despite its modest resources, “Legion Maxx” delivers all the hard-hitting action viewers crave while blending it with a story of a warrior ready to retire but forced to complete one final mission. Dominiquie Vandenberg delivers a gentle, understated performance as a the title character while simultaneously going all out in the film’s abundant action scenes, all directed thoroughly and satisfyingly by Jesse Johnson. With a budget on the level of a “Saving Private Ryan”, who knows what kind of wild, bonkers martial arts-war movie hybrid they could deliver – we would certainly would love to find out! 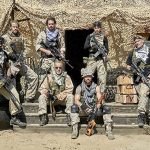 Maxx in a battlefield pic with fellow mercenaries 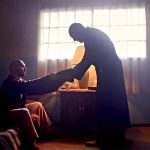 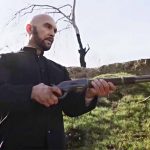 Maxx prepares for one last battle 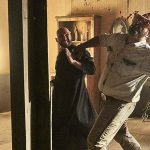 Maxx strikes down his enemy 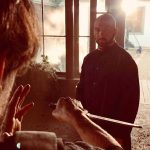 Lets get to the point fast 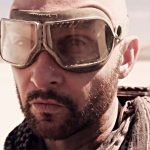 Maxx heads into battle with his team

“Conflict cries death and death resolves.
The better you learn how to kill,
The more you achieve the level of brutality
that might keep you alive.
Wrapped in a cloak of silent discipline
like a moment in life that can never be the same again.
You march or die.
Vive La Mort!”

Looking forward to seeing “Legion Maxx”? What are your favourite movies directed by Jesse Johnson so far? What kind of fight movie and story vehicle would you love to see push Dominiquie Vandenberg to the next level? (Stay tuned for our interview with Dominiquie coming soon…) Let us know in the comments below; Like, share and join in the conversation on Facebook and follow us on Twitter and Instagram. Enter the Legion of FU with these exclusives, Top 10’s, get your NEW Kung Fu Kingdom t-shirts, hoodies, iPhone/Galaxy cases and more! Don’t forget to subscribe on YouTube for videos too!