The Parkside Lecture Theatre of Birmingham City University on 1st April played host to a multi-disciplinary debate on the influence of martial arts cinema in the modern world.

This one-day symposium was organised by Dr Paul Bowman director of the Martial Arts Studies Network at Cardiff University in collaboration with Birmingham City University’s School of Media. The event featured as its guest keynote speaker one of the biggest names in martial arts cinema, writer and filmmaker Bey Logan.

In a digital world overrun with martial arts action content ‘Kung Fury’, a short film paying homage to 80’s action cinema was made possible through a successful crowdfunding campaign. Using the film’s success as a talking point, the symposium covered topics including movie production, distribution, artistic influence, spotlight on the transnationality of martial arts stars, and gender roles in Kung-Fu cinema. All of these were followed by lively Q&A sessions for the audience to fully engage in the debates.

Renowned Asian cinema expert and writer, Bey Logan kicked off the day with his keynote speech titled ‘Why I love Kung-Fu movies and why I wish you did too.’ Bey talked extensively about his formative years discovering Kung-Fu movies at a time when he felt life was dull and grey. The colourful and exciting portrayals in films such as ‘Fist of Fury’ and ‘36th Chamber of Shaolin’ encouraged him to take up martial arts and pursue his dream in Hong Kong. Ultimately Bey gives these reason to love Kung-Fu movies:

Return of the Condor Heroes

The Kung Fury panel is in session

An entertaining history of Kung-Fu cinema in 10 minutes (likening the industry to a folding mirror) was followed by stories of his time working with legends such as Donnie Yen, Jackie Chan, and Sammo Hung, and some sage advice from director Ang Lee; “Have fun with it” an apt message since the main reason why Bey felt everyone should love Kung-Fu movies is because “they are so much fun.”

Various scholars and industry experts stepped up to the podium to present papers that examine different aspects of martial arts cinema.

Maggie Cheung as Snow in Hero 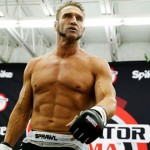 Crouching Tiger Hidden Dragon featured in many of the discussions

The influence of martial arts in cinema and popular culture was discussed from various perspectives and disciplines. Kyle Barrowman, a PhD student from Cardiff University used the 1998 film ‘Champions’ (starring Louis Mandylor and Ken Shamrock) and examined the influence of MMA as a sub-genre in martial arts films. Yet it was the traditional world of Kung Fu cinema, and the wuxia genre in particular that provided much topical debate. Dr Susan Pui San Lok talked about her upcoming exhibition ‘RoCH Fans & Legends’ a collection of images and videos from ‘The Condor Trilogy’ wuxia series examining the genre’s recurring themes and iterations in popular culture.

The final paper of the day was presented by Dr Colette Balmain talking about female heroines in martial arts movies. From Chingmy Yau (‘Naked Killer’) to Michelle Yeoh in ‘Crouching Tiger’ and Maggie Cheung in ‘Hero’ Dr Balmain charts how although women also pave the way for strong female kung-fu fighters, it is usually within limited parameters and stereotypes.

The symposium was a forum for good solid engagement on various aspects of martial arts cinema. It was all presented in a fun and informative manner, with each Q&A session providing the opportunity for a relaxed and educating discourse. Overall it was refreshing to see martial arts cinema discussed in such analytical detail across a variety of disciplines and perspective. The next event will be the Martial Arts Studies annual conference bringing even more scholars and disciplinary perspectives together.