“Jet Li: Rise to Honor” is a combination beat ‘em up and third-person shooting game released exclusively for PlayStation 2 back in 2004. The developers clearly set out to bring the fluid fighting and shooting style of Hong Kong movie action movies to the video game arena. And what better way of accomplishing that than getting the legendary Jet Li to add his voice and likeness to the game and having the in-game martial arts choreography done by Corey Yuen, another legend and frequent Jet Li collaborator in both Eastern and Western movies.

Li stars in the game as Kit Yun, an undercover Hong Kong police officer whose own father was an assassinated crime boss. Determined to do his best to rid Hong Kong of the criminal cartels, Kit infiltrates a crime syndicate run by his father’s best friend, Boss Chiang. With Kit’s loyalty constantly being torn between doing what’s right and upholding the law, Kit relies on his sense of honor to guide him as he punches, kicks and shoots his way through the criminal underworlds of both Hong Kong and San Francisco, determined to stop those who would prey on the weak and finally put an end to their reign.

The main bulk of the gameplay focuses on hand-to-hand combat as Kit progresses though various levels, taking on wave after wave of thugs and henchmen. If you’re familiar with beat ‘em up games, you might be expecting to use the face buttons to execute Kit’s punches and kicks.

In “Rise to Honor”, however, the right analog stick is used to deliver punishment to Kit’s foes. Tapping the stick in the direction of an enemy dispenses an attack and timing your taps allows you to chain attacks and create combinations for more devastating damage. Using the analog stick in this way also allows you to attack multiple enemies in different directions at once during the same combination which looks great and is very useful when you find yourself surrounded.

The other main form of gameplay in “Rise to Honor” is shooting in true twin-gun, Hong Kong action movie style. And like a Hong Kong movie, you don’t need to worry about running out of bullets. Target your enemies with the right analog stick and just unload to your heart’s content using the R2 trigger button!

Flying kick under the chin

Along with fighting and shooting, stealth and chase sequences are interspersed throughout the game. Stealth can be a tricky thing to pull off, especially if the game engine is not specifically designed for it, but here it works well enough and adds a little variation to the constant carnage Kit creates. Finally, the chase sections are linear elements where you either pursue or evade an opponent through the environment navigating obstacles using well-timed button pushes.

I’m sure Jackie Chan and Tony Jaa would approve of the way Kit runs, jumps and flips his way through obstructions to get to the end of these segments.

The presentation is where “Rise to Honor” really shines. It is a game that wears its heart very much on its sleeve as it tries to create an interactive Hong Kong action movie, allowing the player to control the hero. And in this way, it succeeds.

With the talent of Li and Yuen on hand and the clear love the developers must have had for the genre, “Rise to Honor” almost feels like you’ve unearthed a lost Jet Li movie. The story, characters and feel of the game ring true. From the cop “in too deep”, his gruff Captain, the crime boss’ daughter with a good heart to a comedy relief sidekick, and a nasty, dishonourable villain -all the archetypes you might expect to find in a Hong Kong action movie are all seamlessly present and doing their thing.

You may have seen these types of characters before in other movies, but that’s not a bad thing. Being true to the genre is what fans will love about this game.

Kit zeroes in on motorbike thug

Kit on a mission

The martial arts in the game are also on point. Kit doesn’t just do standard punches and kicks. His style is pure wushu-based and his attacks are performed with Jet Li’s trademark flair. So for example, instead of a straight jab, Kit would do a wushu-style flicking backfist. You will also see plenty of other attacks performed in wushu style like overhead looping windmill punches, horse stance drilling punches and double punches, to name a few.

And of course, kicks are also done in fluid wushu style and Kit’s high kicks, spinning hook kicks, grinding wheel kicks and flying front kicks are all executed with Jet Li’s inimitable form. You can even team up with Michelle, Boss Chiang’s daughter, for some doubles action and swing her around for some balletic attacks à la Aaliyah in “Romeo Must Die” (2000).

Creative Ways to Use Your Surroundings in a Fight

This is all achieved by using motion capture technology, filming Jet Li in action, utilising Corey Yuen’s fight choreography and then transferring that to the game. Like many Hong Kong movie fights, weapons and the environment also come into play. You can grab opponents and slam them into walls, dunk their heads into water, burn them on hot cooking grills, drag them across bar counters, fling them off walkways and there are even other creative ways to use your surroundings if you keep a lookout.

Weapons also come in handy. Objects like chairs and rubbish bins can be picked up and flung at Kit’s attackers while things like baseball bats, pipes and planks of wood can be wielded to put some extra hurt on the bad guys. A nice touch is the way Kit picks up such weapons. Instead of bending over and grabbing it, he flicks it up with his feet and plucks it out of the air. Total Jet Li!

Kit takes on all comers

Finally the shooting sections are straight out of a John Woo movie with Kit dual-wielding pistols and leaping around in slow-motion while he pumps the villains full of lead and shatters the surrounding scenery. There is also a nice set-piece where Kit rides a hospital gurney, guns blazing which calls to mind the hospital shootout in “Hard Boiled” (1992). All in all, there are many ways for you to compose a symphony of beautiful fight action in this game!

So, is “Rise to Honor” a game worth seeking out to play? Gameplay wise, it is a bit of a Jet of all trades, but master of none. The fighting is fun, and while using the right analog stick to attack is certainly innovative, I think many gamers would still prefer to use the face buttons.

The fighting can get a bit repetitive as the player does not choose what punching and kicking combinations to use. That is decided by the game depending on your position to your target. Also, there is no option to learn new moves or upgrade the ones you have so you do see the same moves again and again.

Some fights, especially boss fights, can get frustrating when the enemy AI resorts to cheap tactics. When it comes to the shooting stages, “Rise to Honor” is not up to the standard of other third person shooters of the time like “Max Payne” (2001) or “Dead to Rights” (2002). The stealth sections are obviously not going to be as good as something like “Tom Clancy’s Splinter Cell” (2002) but they are a minor part of the game so that can be excused.

Gameplay on the whole is good but not the best. The key to this game is Jet Li. “Rise to Honor” was made by Sony and they had the resources at hand to get Li and Corey Yuen involved in the project and it is their presence that really elevate proceedings and is what makes the game unique.

If you are a Jet Li completionist and a video game player and also have the means to play “Rise to Honor”, then it is worth checking out. For other Jet Li fans, you might want to take a look at a longplay of the game on YouTube. 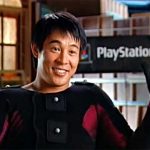 Behind the scenes interview with Jet Li

Outnumbered but not outclassed

Do you remember “Jet Li: Rise to Honor”? What do you most fondly remember about it? Do you think more martial arts action stars should have games created after their likeness and fighting skill set, if so, who? Let us know in the comments below; Like, share and join in the conversation with us on Facebook and follow us on Twitter & Instagram.

RAISE YOURSELF TO HONOR by entering the FUniverse for a learning curve that you’ll never want to leave, get KFK’d with these retro and other fighting video games, deep-dive interviews, Top 5’s, Top 10’s, RISE and shine in your own Official KFK wear and subscribe for more kung fu combat encounters on YouTube!

Into the Badlands: Season One