As Jason Bourne has taught us, a man afflicted with amnesia who suddenly discovers he’s a fighting machine always has some deadly pursuers who’ll be knocking on his door sooner or later. However, we’re in some serious trouble if there’s a more vicious bunch than the ones we see in “Headshot”, an intense, Silat-fueled, violence infused, “Itchy & Scratchy” slaughter fest that’s the martial arts flick to beat in 2017!

Iko Uwais of “The Raid” fame steps into the role of our hero Ishmael, a young man stricken with amnesia who finds himself in a deadly cat-and-mouse game with some merciless pursuers who want his head on a stick. Chelsea Islan plays Ailin, a physician who helps Ishmael recuperate and quickly finds herself pulled into the same fight for survival. Sunny Pang portrays the psychotic crime boss Lee, the man pulling the strings to get Ishmael in his clutches with some deadly assassins in his employ, including Rika and Besi, played by Julie Estelle and Very Tri Yulisman, whom fans of “The Raid 2” will quickly recognize as the brutal duo, Hammer Girl and Baseball Bat Man! 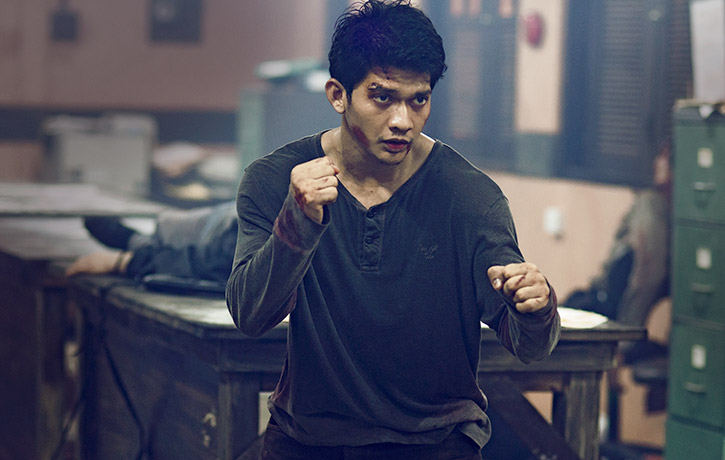 Ishmael is ready to go toe-to-toe!

On a beach in rural Indonesia, a young man washes ashore barely alive from a bullet to the head, later awakening in a local hospital with no memory of his life or identity. The physician who nursed him back to health, Ailin, who had been reading a copy of “Moby Dick” during his coma, takes to calling him “Ishmael” and continues to help him with his subsequent recuperation. However, it soon becomes clear that Ishmael’s past is about to catch up with him when Ailin is kidnapped while on a bus to Jakarta by the gang responsible for his amnesia. As Ishmael fights to locate Ailin and the young child who was kidnapped alongside her, he soon realizes that he was a much closer confidant to his attackers than he had previously thought.

Lees thirst for blood is psychopathic

Ishmael wants some answers out of Rika

The blend of horror movie extremities with martial arts action that began in “The Raid” is kicked (literally) into overdrive in “Headshot”. As hard as it may be to fathom, this may actually be the bloodier of the two. This is a film where a man is stabbed – not shot, STABBED – in the eye with a bullet! However, its first half is more of the slow-burn build up seen in “Merantau”, with Ishmael trying to recover in peace before events and karma finally catch up to him.

The film’s initial two big action sequences are built entirely around villains massacring each other, the first being Lee’s escape from prison where everyone but him is shredded to a bloody pulp with automatic gunfire – picture ED-209’s infamous “glitch” in “Robocop” happening to fifty people, and then remember that “Headshot” has only just gotten started! Julie Estelle and Very Tri Yulisman each make as welcome a return as Iko himself, with similar backstories to Hammer Girl and Baseball Bat Man to make them somewhat sympathetic villains, as cold-blooded as they are in their killing ways. We’re first introduced to them as they reunite with the newly free Lee for a meeting with some fellow crime bosses that goes thoroughly south for the latter group. The former sibling killers from “The Raid 2” trade off their claw hammers and baseball bat for a bowie knife and a baton, the results being no less stunning in their blend of finesse and savagery.

The evil Lee holds Ishmael and Ailin in his grip 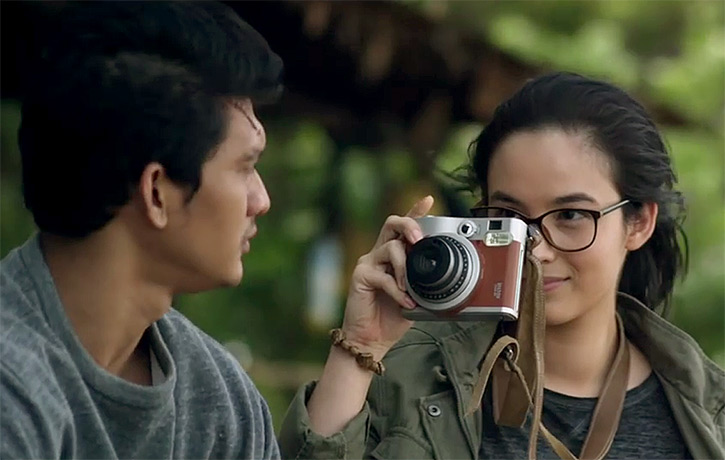 For his portrayal of Ishmael, Iko and directors Timo Tjahjanto and Kimon Stamboel (collectively known as The Mo Brothers) do something a little unexpected with our hero’s command of Silat by making the full scope of it gradually broaden over the course of the film.

In his first major fight for survival aboard a blood-soaked bus, Ishmael is clearly stunned by the fighting prowess he possesses, but he’s far less overwhelmed later when two of Lee’s assassins catch up to him in a police station, leading to a battle of bullets and fists where he’s considerably more at ease in fending off their assault.

It’s through each Silat battle that The Mo Brothers flesh out Ishmael’s character, with the increasingly strong command he has over his martial arts and ballistic abilities running parallel to the memory of who he once was, slowly coming back to him. His stand-off with Besi and Rika further fleshes out the background of all three to almost a Greek tragedy, and nowhere else outside of the “SPL” films will you see a nightstick or baton fight this spellbinding, or with a more stomach churning conclusion. 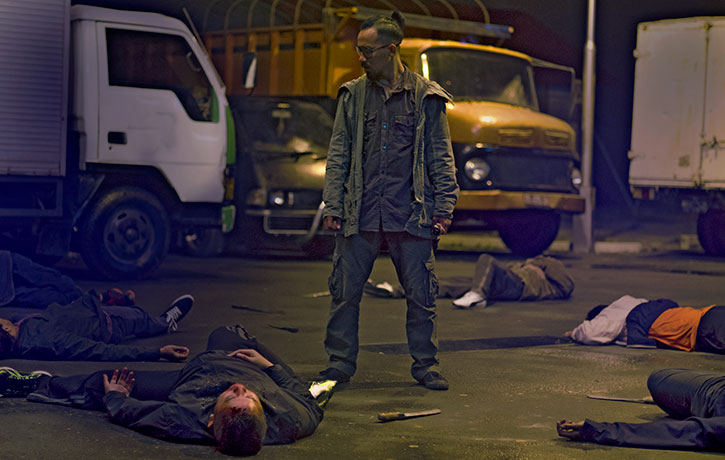 Besi ends every fight as the last man standing

Rikas knife skills should not be underestimated 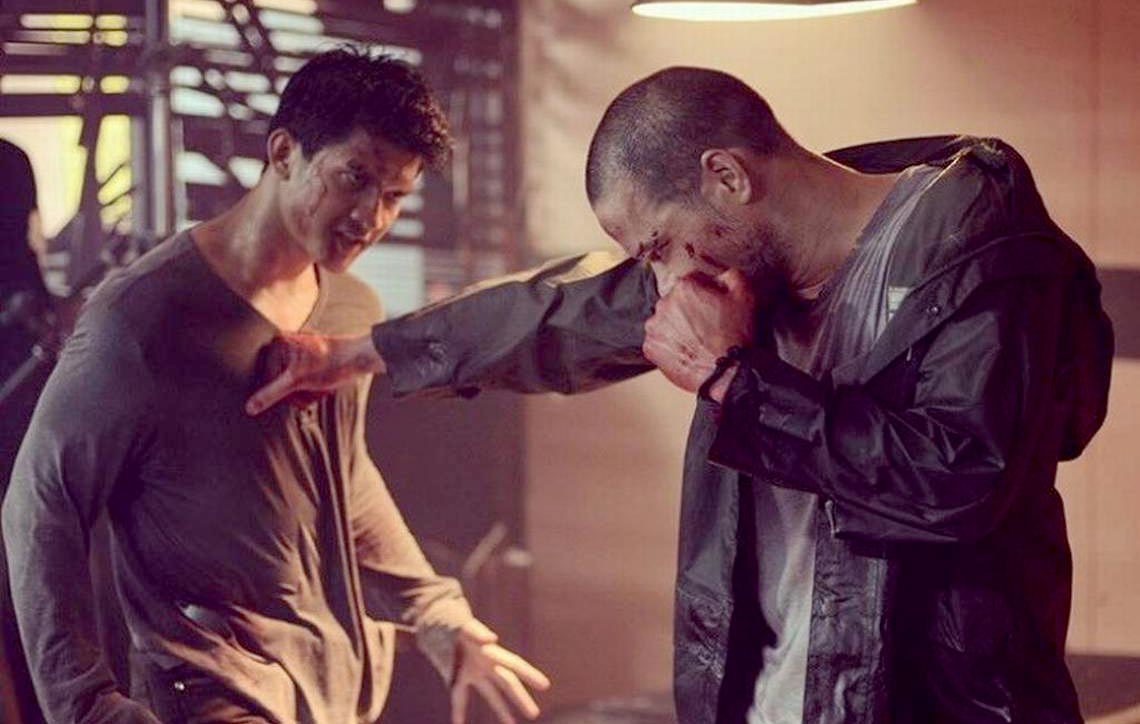 For not being a traditionally schooled martial artist like her co-stars, it has to be said that Julie Estelle is a real specimen of being trained for a movie and looking like she’s been studying for twenty years. Between her performances in “The Raid 2” and “Headshot”, her next action role could put a dandelion in her hand and we’d all still buy it as a weapon of mass destruction by the time the end credits arrive!

The finale is almost enough to bring tears to your eyes, but in a different way than the ending of “Merantau”. Ishmael’s antagonists see themselves, in a warped way, as a family, with Lee as the self-appointed father figure, knowing what’s best for his offspring and heartbroken at the rebellious ways of his “son”.

This is also where Ishmael’s command of Silat, like his memories, fully returns and his final duel with Lee is the epitome of “unbelievable”. The Mo Brothers’ skill as action filmmakers is further solidified in some of the best camerawork yet seen in a martial arts film. The audience is treated to no less than a half dozen swooping 180 degree pans around combatants as they do battle, including Ishmael and Lee’s incredible final reckoning – we can officially go ahead and list them right next to Gareth Evans and Chad Stahelski as action filmmakers with that hallmark distinctive ability to bring beauty to such blood-curdling violence!

Sticking it between the ribs

Indonesia is quickly becoming the new Hong Kong for action lovers, and “Headshot” is just one more feather in that cap. Anyone who’s ever had any difficulty with the sight of blood absolutely need not apply. For everyone else, “Headshot” is an incredible butt-kicking, knife-sticking extravaganza – a smackdown of Silat masters you simply cannot miss! 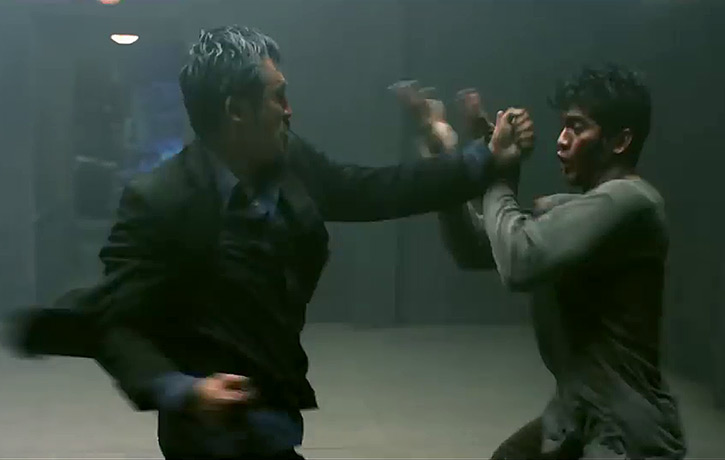 Ishmael finally faces off with Lee

Ishmael grapples his way out of his predicament 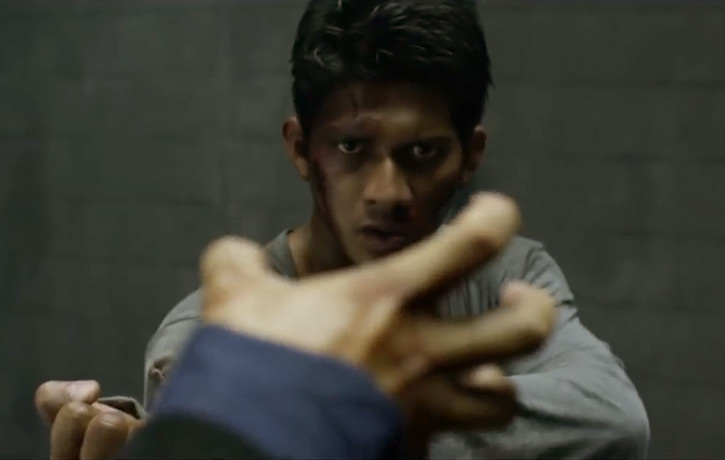 Ishmael holding his own

Its all coming back to Ishmael 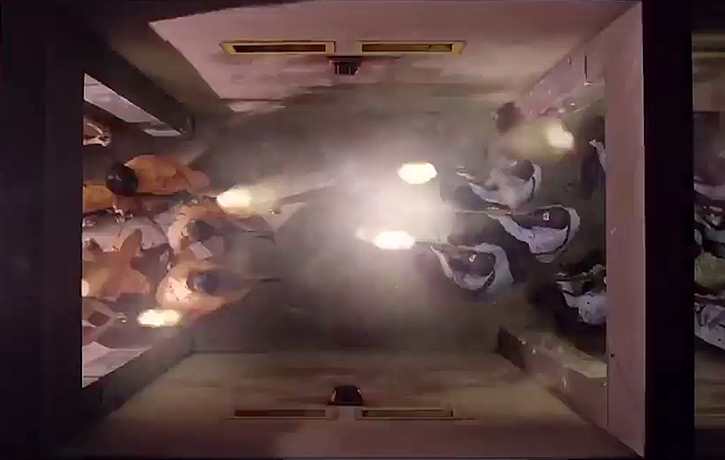