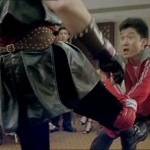 Set in modern-day Hong Kong, Kong Ko is a gifted Chinese wushu champion earning a living performing martial arts for a Peking Opera company. Ma Ho-Keung and his henchmen see his performance and identify Kong Ko as a potential competitor for their illegal underground full contact fights. Kong initially declines their offer, but frustrated with not having much money, the pretty Siu Tin persuades Kong to give it a go. Kong beats his first opponent in spectacular fashion. Gangster Ma Ho-keung, is suitably impressed and arranges for Kong to be looked after by street hustler Captain Chan Shing, whilst he arranges for a more lucrative fight.

In a brutal contest, Chan Sun’s men fight dirty, forcing Kong to become equally as vicious to defeat them. Captain helps Kong recover from his injuries and prepare for his next fight, believing he lacks the “killer instinct” to beat the best – and nastiest – fighters. In his next fight, Kong shows no mercy when he takes on and defeats a K1 champion in a big money contest.

With Kong establishing himself as the best fighter on the circuit, Fai decides to fix a fight to clean up at the bookmakers. Believing Siu Tin to be in danger, Kong must decide whether to stay true to himself, or throw the fight.

Were guessing Xing Yu is not an Arsenal fan

Having shone as a villain in 2005’s “SPL: Sha Po Lang” (AKA “Kill Zone”), talented martial artist, Wu Jing, was given the lead as the hero of “Fatal Contact”. He portrays Kong Ko, a mainland wushu champion, mirroring Wu Jing’s real life status as a former national wushu champion. The opening credits show Wu Jing demonstrating his genuine physical ability with some gravity defying aerial cartwheels and butterfly twists, and his dexterity with the nine-section whip chain.

This movie however, is all about the grubby world of illegal underground fights. In preparation for the role, Wu Jing trained with the Beijing Sanda Team. Sanda, sometimes known as Sanshou, is a competitive ringsport based on Chinese martial arts techniques. Along with conventional kicks and punches, participants can sweep, grapple and throw their opponents. He also apparently spent some time training in Thai boxing with kickboxing champion, Billy Chow, his co-star from “Tai Chi Boxer”.

The fight sequences were choreographed by Nicky Li, a member of the Jackie Chan Stunt Team. The first couple of fights the viewer is treated to are short, but impressive. The choreography mixes more realistic grappling, kneeing and elbowing, whilst always managing to create enough space for a few spectacular kicks to be unleashed. Wire assistance is present, but reasonably balanced between techniques that defy the laws of physics, and brutal realism.

The fight sequences really start to come alive when Kong Ko faces more challenging opposition. Early on, Wu Jing takes on burly Caucasian, Paul Smith, with a greater emphasis on grappling. In one slow-motion sequence, you can clearly see Smith wearing a gumshield so he can take a kick to the jaw full-on for added realism.

The fights include some realistic MMA techniques

Taking out 3 opponents at once

Some of the more spectacular techniques use wires

Some of the fights are brutal

The three-on-three fight is a particularly brutal tag-team battle, that will make many viewers wince. One of the fighters hides 3 inch steel nails in his boots and gloves, using them to cut and shred Wu Jing. One spectacular sequence sees Wu Jing performing a two-footed jumping kick to his opponent’s chest, whilst fellow up-and-coming martial arts star, Andy On, simultaneously front somersaults onto Wu Jing!

As Kong Ko becomes more deeply embroiled in the fighting, he takes on K1 Champion “King”, played by real-life Shaolin Temple disciple, Xing Yu. This is the fastest and most frenetic of the fights in “Fatal Contact”, and in places, the footage has been sped up. It’s a shame, as most of the action moves at an incredible pace at normal speed. There is still plenty to enjoy from this sequence however.

The relatively short final fight pits our hero against none other than Hong Kong action legend Sammo Hung’s eldest son, Timmy. Not unsurprisingly, Timmy Hung gives and takes the kicks and punches pretty well, although he is given fairly rudimentary choreography to perform.

Although mostly providing comic support, Ronald Cheng is given a couple of scenes to get in on the action. He acquits himself admirably when fighting off a knife-wielding gang in a subway, and is particularly adept in the training sequence with Wu Jing. 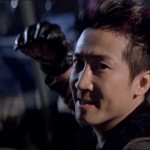 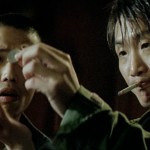 Ronald Cheng gets in on the action

A common discussion among Hong Kong film fans is who will be the next generation of action stars, now that favourites such as Jackie Chan, Jet Li and Donnie Yen are reaching their senior years. Although “Fatal Contact” is a few years old, it does feature three potential candidates for taking Hong Kong martial arts films forwards.

Wu Jing has often been touted as the natural successor to Jet Li, with their common backgrounds as Chinese wushu champions. In this film, Wu Jing copes well enough with the dramatic scenes, and is exceptional in the action scenes. Although he has garnered praise for his supporting roles, sometimes as the villain, he has yet to find that breakthrough role to make him a true leading man. “Fatal Contact” had that potential, but unfortunately, a rather uneven plot coupled with the rather unsavoury ending to the film, meant that it was not a success at the box office.

Andy On has proved in more recent films such as “Three Kingdoms: Resurrection of the Dragon”,  “True Legend” and “Special ID”, that he is very capable of mixing drama and action. He is at home in historical, fantasy or contemporary films, and interestingly, is fluent in English, Mandarin and Cantonese. Could Andy On potentially bridge the gap between East and West if Hollywood came calling?

Kong Ko becomes just as viscious as his opponents

Ken Lo pimps it up as Chan Suun

If you look carefully you can see Paul Smiths gumshield

Much like Wu Jing, Xing Yu has been carving out a notable career in supporting roles, playing a villain in “Flashpoint”, or hero in “Shaolin”. He recently received praise for his leading role in “The Wrath of Vajra”, although he has returned to supporting Donnie Yen in his next film, “Kung Fu Jungle”.

As for “Fatal Contact” itself, writer and director Dennis Law has tried to merge drama, action and even romance and comedy. Although some scenes are well-acted, and can be tender, funny or exciting, the varying themes never quite fully gel. Ronald Cheng is especially good as a streetwise hustler, and the rest of the cast act functionally, rather than remarkably. Ken Lo sits out on the action in possibly his campest role yet, but is always very sinister. There is a twist in the tale, and the ending of the film is rather sombre.

For martial arts fans however, there is plenty of action. The film strikes a slightly uneasy balance between the realistic, MMA style of fighting, combined with Wu Jing’s wushu skills and some wire-fu. Many of the fights feature a wince-inducing injury to one or other of the contestants, and are generally not for the faint-hearted!

As a showcase for the potential next generation of Hong Kong leads, “Fatal Contact” delivers some tight, fast and brutally spectacular choreography, and is well worth a watch just for that!

A last gasp for Kong Ko