There are moments of action movie goodness to be found in “Ultimate Justice”, particularly on the part of German martial arts wunderkind Mike Moeller who delivers his usual recipe of razzle dazzle in a handful of excellent fight sequences. However, as a whole, “Ultimate Justice” is a routine, average actioner populated by a cast of action film royalty with talent and flair curiously kept in check. 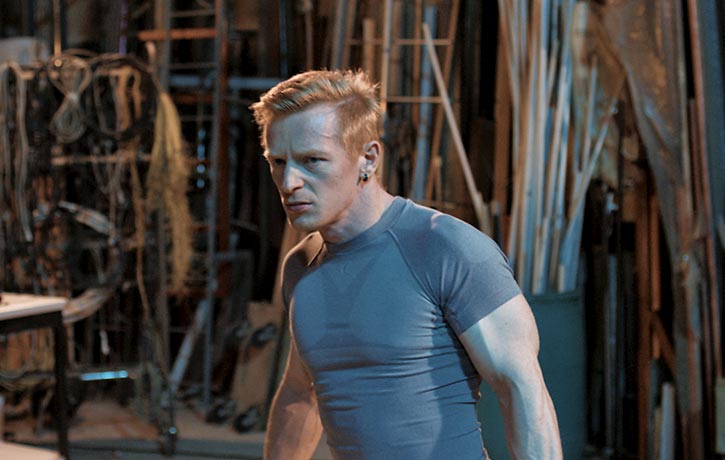 Mikes looking restless so watch out

Benny puts down his determined opponent

Gus Von Behren and his fellow soldiers of fortune in the “Vivere Miltare Est” security firm lead a botched rescue operation at the behest of their leader, Commander Sturm. Shaken by the misfortune of their mission, Gus and his compatriots decide to get out of the business, after persuading Commander Sturm.

Eight years, later, however, Sturm’s home is inexplicably invaded by a paramilitary team, who violate and kill his wife and kidnap his young daughter. With time running out, Sturm convinces Gus and the rest of the team to come out of retirement to track down his attackers and rescue his daughter before it’s too late.

For being an ensemble action film, “Ultimate Justice” gives surprisingly little to do for most of its cast aside from Mark Dacascos and Mike Moeller. The underutilization of Matthias Hues is especially shocking, since anyone familiar with his body of work knows that he can move with the agility of a martial artist half his size. Instead, he’s relegated mostly to throwing the occasional henchman across a room or something along those lines, while most of his co-stars simply stand around tossing the occasional one-liner to each other in between bursts of firing off automatic weaponry here and there.

What’s even more surprising is how much Mark himself is on the sidelines of the action, which anyone who’s seen “Drive” will agree is a criminal misuse of his talents for which literal legal ramifications might be in order! To the extent that he does get to show off his voluminous martial arts abilities, it’s mostly decent fighting action on his part, but it doesn’t come anywhere close to doing his skills justice at all, let alone “Ultimate Justice”.

Mike Moeller provides the best reason to see the film with a handful of fight sequences of the same caliber as his work in “One Million K(l)icks”. As the lone member of the cast who actually gets to show off the full extent of his capability, he flips and twirls through fight scenes that are so jarringly different in quality from the rest of the film’s set pieces that it feels like the film morphs into “Police Story” for a few moments at a time before settling back into the carpool lane.

Whether it comes down to a lack of time, backing, or other ill circumstance holding the tremendously talented cast back, the film just feels so…average. In its own way, that’s almost more of a let-down than had it been a truly terrible actioner. We’ve seen no shortage of those with Steven Seagal’s more recent filmography, which has mostly been a series of uninspired exercises in lethargy far below his days of disassembling human limbs as in “Marked for Death”.

Betraying the titans of action that make up its cast, “Ultimate Justice” just keeps it in cruise control with the occasional geyser of adrenaline here and there. By the time the clandestine villain’s motives are unveiled at the climax, the amount of trouble he’s gone to put Gus and his team through hell makes the source of his vendetta seem decidedly petty. 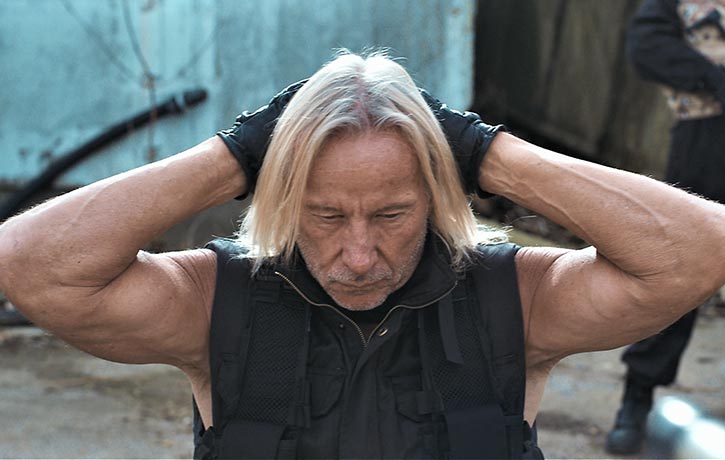 Enjoying a Ferrari ride in the countryside cest la vie

“Ultimate Justice” is an average action film that has every reason to be a great one. Its cast of action movie, martial arts’ extraordinaires makes the passable level of entertainment it delivers seem anticlimactic at best. If you’re an action fan, Mike Moeller’s superb fight scenes are just enough to make “Ultimate Justice” worth a watch with Mark Dacascos being allowed to show off the bare minimum of his talents, but the rest of the co-stars are left with no show stopping moments of their own. “Ultimate Justice” sounds like a great idea, it’s just a pity the end product could’ve been so much more.

Seen the movie, what did you think? Let us know in the comments below, join in the conversation on Facebook and follow us on Twitter! (Feel free to check out our other movie reviews.)