The new trailer for the upcoming reboot of “Mortal Kombat” is here at last, and it’s a bloody, action-packed, fatality-filled bonanza! To say it’s been a long time coming for “Mortal Kombat” to return to the big screen is an understatement, but if the new trailer is anything to go by, it’s been well worth the wait! Check out the R-band (and EXTREMELY R-rated) trailer below!

The official synopsis offers a peak behind the curtain at what the newest tournament for the fate of Earthrealm has in store, and it’s taking a decidedly different route from past “Mortal Kombat” adaptations:

“In ‘Mortal Kombat’, MMA fighter Cole Young, accustomed to taking a beating for money, is unaware of his heritage—or why Outworld’s Emperor Shang Tsung has sent his best warrior, Sub-Zero, an otherworldly Cryomancer, to hunt Cole down.  Fearing for his family’s safety, Cole goes in search of Sonya Blade at the direction of Jax, a Special Forces Major who bears the same strange dragon marking Cole was born with.

Soon, he finds himself at the temple of Lord Raiden, an Elder God and the protector of Earthrealm, who grants sanctuary to those who bear the mark.  Here, Cole trains with experienced warriors Liu Kang, Kung Lao and rogue mercenary Kano, as he prepares to stand with Earth’s greatest champions against the enemies of Outworld in a high-stakes battle for the universe.

But will Cole be pushed hard enough to unlock his arcana—the immense power from within his soul—in time to save not only his family, but to stop Outworld once and for all?”

Shifting the spotlight to a completely new character not originating from the games like Cole Young, is clearly a very novel approach for the reboot to take, while the movie could also be the long-awaited major breakout for Lewis Tan. Having previously shown what he can do in shows like “Wu Assassins” and “Into the Badlands”, Tan might finally be poised to completely blow the door off the hinges with “Mortal Kombat”!

Fans of the games are sure to take delight at both the wide array of characters from the games along with the absolutely unhinged martial-arts action and fatalities deriving therefrom. Sub-Zero in particular looks like a serious wild card, portrayed in the movie by the great Joe Taslim , and his long-standing rivalry with Scorpion, played by Hiroyuki Sanada, also looks to be a major element of the reboot. “Mortal Kombat” even reportedly opens with a major battle between the two of them, showing how much the reboot intends to hit the ground running. 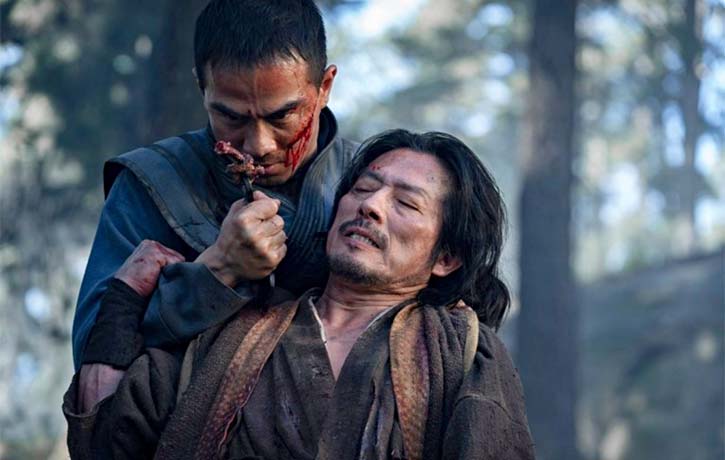 Mortal Kombat fans have been waiting for this

Due to the ongoing COVID-19 pandemic, the viewing options for “Mortal Kombat” are also going to be more diversified than would be the case under normal circumstances. Along with Warner Bros. entire 2021 slate, “Mortal Kombat” will debut in open theaters, while also arriving on the Warner Media streaming service HBO Max on the same day, where it will be available for 31 days. The announcement of this release strategy for a major studio’s entire slate for the year certainly caught many off-guard, but unfortunately, the situation calls for normal release plans to be adapted accordingly.

Whether one is a fan of the games or is just ready for an off-the-chain supernatural martial-arts hyperfest, “Mortal Kombat” clearly has you covered. The 1995 original kept the carnage to PG-13 levels, but the time has come for the game’s fatalities to completely unleash in their over-the-top insanity. Buckle your seat belts, readers – “Mortal Kombat” is on the way!

“Mortal Kombat” arrives in theaters and on HBO Max on April 16th. What do you think of the new trailer? Are you excited for the “Mortal Kombat” reboot”? What are your thoughts on Lewis Tan’s new character, Cole Young? Let us know in the comments below, join in the conversation, share this on Facebook, and follow us on Twitter & Instagram.

THE PATH TO IMMORTALITY LIES BEYOND A TEST…OF MORTAL KOMBAT! LEVEL-UP YOUR FIGHT GAME & ENTER the FUniverse of these Top 10’s, Top 5’s, our exclusive interview with Joe Taslim, get your KOMBAT ON in KFK gear and subscribe for more FU-PERNATURAL FIGHT ENCOUNTERS on YouTube!

Three Kingdoms: Resurrection of the Dragon (2008)

The Book of Five Rings — by Miyamoto Musashi