Yayan Ruhian was born in Tasikmalaya (West Java) on October 19th, 1968. He found his passion in pencak silat and became a professional instructor of martial arts and inner breathing techniques. The breathing techniques were designed to condition the body to withstand any impact. It was developed at Perguruan Silat Tenaga Dasar Indonesia (PSTD) in 1988. During his time as an instructor he travelled regularly to teach in different cities and occasionally, abroad. 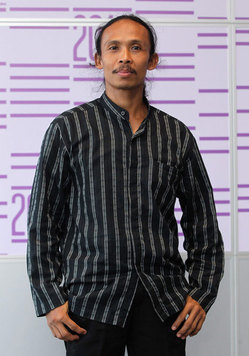 Ruhian was a member of the demonstration team that performed at the Festival des Arts Martiaux de Bercy in Paris, France. Ruhian also showcased Silek Minang (West Sumarta – Minang style silat) at the Institut de Judo in France, Belgium and Holland. In 2008, Ruhian was hired as one of the choreographers for Merantau since the movie was featuring “Silat Harimau”, Ruhian also specialises in Silat Harimau.

Casting for the role of Eric in Merantau proved difficult. Even after several auditions, a good match could not be found since the part required both dramatic ability and fighting skills. Gareth decided to have Ruhian audition for the role with Ruhian quickly demonstrating that he was well-suited for the role.

Once Merantau wrapped production in 2009, Ruhian joined Merantau Films, along with Iko Uwais as an in-house choreographer. In 2010 he worked with Uwais on the company’s second feature The Raid: Redemption, as both choreographer and actor. In 2012 Ruhian and Uwais continued their collaboration on The Raid 2.

Evans is quick to acknowledge that Ruhian is an amazing fighter and, even though in The Raid: Redemption, Ruhian’s character, “Mad Dog”, dies, Evans wanted Ruhian to play a part in the sequel. Evans wrote a supporting role for Ruhian as Prakoso, a killer trusted by Bangun. They regard each other as family and have worked together for a decade. Prakoso is depicted as a lonely killer who makes a good living but has lost his family. His wife resents him for the path he has chosen and has prevented him to see his son for years. He meets with her infrequently, only to give her money for the education of their son.

“When I read the script and saw the character of Prakoso, I felt like this role would be a challenge for me as an actor. Prakoso is an assassin but he has such a good heart, he does what he can to provide for his wife and child. Even though his wife hates him and rejects the idea of him seeing his son again, he continues to fully support them. He is a man of few words. As Prakoso, I have to be able to find a balance and show both sides of the character: Prakoso the assassin and Prakoso the family man. In terms of the fighting scenes, it was also challenging because when he fights, he doesn’t show much facial expression. His face is blank and focused only towards his target. In my previous roles, all the fight scenes had me perform the necessary expressions and reactions, but this one required me to be neutral. It’s a very different mindset. I had to prepare myself and be ready when the camera starts rolling for the scene.”

On to our interview with Yayan Ruhian! Hi Yayan, good to speak with you: tell us, how were the fight scenes for The Raid 2 different to The Raid?

Thank you. Yes, all the action and fight scenes were more detailed carrying more emotion too.

What was the most difficult fight that you did? 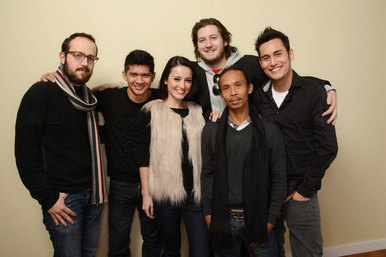 All the fights were no problem for me. Actually, the drama scene playing Prakoso (with ex-wife in the film) was the hardest thing for me, because I’m not an actor, I’m a fighter! I need to practice more of the drama and acting side.

Looking back, how did you feel being involved in making your first film “Merantau”?

I was overwhelmed, it was really a dream come true for me!

What was the most memorable fight scene from all your movies so far?

The most memorable scene was in The Raid when I  fought Rama and his brother [Andi] in the last scene.

Tell us who were a few of your martial arts role models growing up?

Jackie Chan, Jet Li, Barry Prima [an Indonesian actor and martial artist who was one of the biggest stars of Indonesian cinema during the 1980s], I also like Donnie Yen and Tony Jaa.

Moving on to some of your favourite martial arts films?

I like Jet Li’s movie Danny The Dog, (aka Unleashed), I also like all Jackie Chan’s movies (for the martial arts action and the comedy aspect), Police Story 1, 2 and 3, Ip Man, and Ong-Bak, I would love to meet these guys, hook us up!

Which martial actors would you like to work with in future?

Do you do acrobatics and gymnastics?

No that’s not my arena, purely martial arts is what I do!

I have two sons, 15 and 11 years old that practice, but I don’t teach them, they have other teachers.

Only pencack silat, although sometimes running!

What kind of workout do you do everyday?

Did you used to train the police?

Yes, a while back before becoming an actor!

We look forward to see your part in the movie and wish you continued success!

The Raid 2 hits cinemas in the UK and US today and rolls out internationally over the coming weeks! Why not catch up with our other Raid 2 interviews and posts? Click here to see them all!