If someone asks you what the first movie from Vietnam you ever saw was, the answer for many of us in the English-speaking world would be “The Rebel”. Although lacking in any kind of comic relief and even a little unnecessarily somber in parts, “The Rebel” is a well-made historical drama that, in one fell swoop introduces the world to Vovinam, the national martial art of Vietnam; provides a spectacular showcase for the talents of its three leads, and puts Vietnam on the martial arts movie map!

In addition to his duties as producer, co-writer and action director, veteran stunt man Johnny Tri Nguyen steps into his first lead as Le Van Cuong, a Vietnamese operative tasked with helping to quell the nation’s rebellion against the French occupation. His willingness to cooperate with the foreign occupiers is put to the test by Vo Than Thuy, the daughter of the rebellion’s leader played by Veronica Ngo. For being paired up with a veteran martial artist and stunt performer like Johnny, Veronica really rises to the challenge of the handling the action sequences of the film despite being a novice to martial arts. The role of the villain falls to former “21 Jump Street” star Dustin Nguyen (no relation to Johnny) in the role of Sy, Cuong’s fellow agent for the French occupation who proves to be quite literally an impenetrable enemy for our two heroes.

Vietnam, 1922. Vietnamese agents Le Van Cuong and his superior Sy have been tasked with putting a stop to the rebellion against the French occupation of Vietnam, which has grown increasingly troublesome for the foreign occupiers. Following a hit on a local government official, Cuong and Sy successfully capture Vo Than Thuy, the daughter of the leader of the resistance, but her iron will holds fast in the face of Sy’s efforts to pry her father’s whereabouts from her. Thuy later manages to escape, and finds an unlikely ally in Cuong, who has been forced to watch his ailing father succumb to opium addiction and has grown weary from the never-ending conflict in his homeland. Sy eventually uncovers Thuy’s escape and her alliance with Cuong, but the two manage to fight him off and head for Thuy’s village in the South to unite with the other rebels.

You cant cut this

Thuy inflicts some Vovinam power on the rebellion

Theres a headache for ya 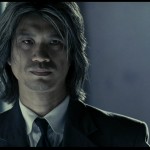 Sy is determined the crush the rebellion

In its first ten minutes, “The Rebel” sets itself up to be Vietnam’s answer to “Ong Bak” – no wires, no CGI, and plenty of those “ooooohhh” moments whenever someone takes a particularly painful looking hit and there are many of those! You don’t need the stunt men of the film to tell you that quite a few of these blows really are landing and don’t appear to be pulled back all that much either. With his vast multi-disciplined background, Johnny Nguyen is by far the most airborne of the three leads and brings some remarkable versatility to the action sequences. He has clearly been influenced by Tony Jaa (not surprising, considering that he fought Tony in “Tom Yum Goong”) and blends a lot Muay Thai-style knee and elbow strikes with wushu aerial maneuvers. One show-stopping technique he brings on is a kind of hybrid axe and tornado kick combo where he swings his entire body horizontal to strike from above. This is also the first major martial arts film to focus on Vovinam, and viewers couldn’t have asked for a better showcase for what was at the time a relatively unknown fighting style in the West. One of the signature techniques of Vovinam is a scissor leglock around the opponent’s neck to bring them to the ground, finishing them off with either a choke, strike, or neck break. Johnny pulls it off flawlessly during a fight against a French soldier, but it’s really Veronica Ngo who does it the most proud. She may have come into the film lacking formal training, but you’d never guess it from seeing her pummel her enemies like Michelle Yeoh does. With the amount of action in the film and how much actual martial contact everyone makes, it’s not surprising that Veronica actually spent the final days of filming with her foot in a cast literally being carried to her start point -seeing her in action though you’d think that she’s been carrying action-heavy films her whole life. She truly deserves to be placed right next to Jason Scott Lee, Korean pop-singer Rain, and the cast of “The Matrix” for novice martial artists who come off as pro’s in their first fight action role.

The same does technically apply to Dustin Nguyen in his role as the film’s villain, but he does have an advantage with several decades of martial arts’ experience already under his belt. Whereas Johnny has a more flashy and kick-laden approach to combat, Dustin is more planted in his fighting style and, in fact, his character’s preference seems to lean more toward letting his opponents come to him and allowing them to strike before intercepting and counter-attacking their assault. Sy is truly a Venus Fly Trap of a villain, but his real trump card comes in his mastery of Iron Jacket kung fu, which makes him impervious even to attacks by bladed weapons. Once in a while, he’ll even indulge himself in taunting his two foes with his invincibility, such as when he runs a blade across his throat as his way of saying to Thuy, “Can’t cut this!” The film does arguably miss a big opportunity with this, however. In his interview on the Dragon Dynasty DVD, Dustin explains that Sy’s prematurely greying hair is a byproduct of his improper practice of Iron Jacket and a Vietnamese form of black magic called bua, and he speaks of deleted scenes showing Sy’s practicing of the two along with the internal damage he’s done to himself as a result of his flawed training. By omitting these scenes, the film arguably misses the chance to really delve into what Sy has put himself through to reach such a degree of invincibility.

Sy has Thuy in his clutches

Paying respect to their fallen comrades

Cuong strikes from above

Half of the fun in martial arts’ films comes not just from the action scenes but seeing the training that goes into the creation of a warrior, and you don’t get to have impenetrable flesh without paying the price for it in blood, sweat, and tears. Nevertheless, Sy is very much from the Mad Dog school of villainy – a martial arts master so skilled that even the combined efforts of our two heroes does little to faze him. The finale of the film, which comes after Cuong and Thuy have mowed down about twenty opponents outside of a stalled train, pits Cuong against his former superior in a duel of fists, feet, and a bit of sword work. “The Rebel” is one of those movies where you really need to watch all of the DVD special features to appreciate all of the work that goes into movies this action-packed – in the first few takes, Johnny and Dustin broke their prop swords and ultimately had to resort to using real ones. As they say, the show must go on!

Carried by its three impressively talented leads, “The Rebel” is equally solid as both a historical drama and a martial arts adventure. It does get a little dark and melancholic in between action sequences and the deleted material involving Sy’s training really deserved to be included. Nevertheless, it’s wonderfully absorbing and tense drama, cinematically, has superb imagery with a big-budget feel and makes a splendid introduction to Vovinam to the English-speaking world. Johnny, Veronica, and Dustin were even good enough to provide their own voices for the English dub for those disinclined to read subtitles. Just don’t try running a blade across your throat at home!

Cuong and Thuy must flee to the South