“THE MILLIONAIRES’ EXPRESS”, is OUT NOW! Eureka Entertainment present Sammo Hung’s action-comedy-western adventure, in its UK debut as a Limited-Edition Blu-ray (3000 copies only) as part of the Eureka Classics range.

Order your Blu-ray copy of “The Millionaires’ Express” now from Eureka Entertainment and Amazon, follow on to find out more and WIN your copy!

CHECK OUT OUR FULL REVIEW!

The Far East meets the Old West in this iconic, action-packed adventure from the inimitable Sammo Hung. Hung plays a loveable rogue who teams up with an incorruptible Sheriff (Yuen Biao; Project A, Wheels on Meals) to save their home town from certain destruction.

Featuring an explosion of brawls, bandits, and bordellos; “The Millionaires’ Express” is Sammo Hung’s loving tribute to classic Western tropes, but also one of his finest pieces of action cinema.

Cynthia Rothrock is as tough as any of her male counterparts

Sammo says all aboard the kung fu chu chu train

Cynthia explains in the commentary how the stunts were filmed

Dont mess with the Lady Dragon

These films dont age because the action is so awesome

Our review says of the action in THE MILLIONAIRES EXPRESS:

…“the gloves come off for one of the most action-packed finales you will ever see.”

“Yuen Biao is lithe and acrobatic, flipping and leaping off balconies and staircases, whilst throwing lightening-quick spinning kicks.”

“Sammo rampages through multiple foes using two sticks, with every blow looking like it could break bones”! 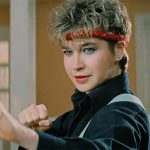 A first rate interview with Cynthia Rothrock is included 1

All that said, this release is the definitive MUST-HAVE edition for all fans of Asian action cinema!

Lucky Kung Fu Kingdom fans can get their copy for FREE courtesy of our friends at Eureka Entertainment BUT DO HURRY, COMPETITION ENDS SUNDAY 8th AUGUST 2021!

The film is littered with stunts reminiscent of silent movies

Winners will be notified via Facebook message by 23:59GMT/BST Monday 9th August 2021.

“THE MILLIONAIRES’ EXPRESS” is available to order NOW on Blu-ray from Eureka Entertainment and Amazon!

Where does this film rank among your Sammo Hung faves? With so many incredible fight scenes to choose from, which ones impressed you the most? Which other kung-fu flicks would you love to see receive the same Blu-ray, TLC?

DRIVE YOUR MARTIAL ENGINE in KFK gear, and subscribe for more SITUATIONAL REASONS to USE YOUR FU on YouTube!