“Rocky” and “Raging Bull” set the bar high for boxing films leaving “Southpaw” with big shoes to fill. This fairly raw and gritty film is packed with drama, action and emotion you become tangled with the lead character and his journey to redeem himself.

Jake Gyllenhaal gives an outstanding performance as professional boxer and father, Billy Hope. Although Gyllenhaal was not the first choice for the character he proved to be a great choice. The chemistry between Rachel McAdams as Maureen Hope and Gyllenhaal works convincingly enough. The female lead is the rock our protagonist leans on.

The character, Tick Wills, brilliantly played by Forest Whitaker is something of an enigma. The audience learns more about his past as he helps Billy out of his spiralling depression. Curtis ‘50 cent’ Jackson is the high rolling fight promoter Jordan Manes who manages the main antagonist-fighter Miguel ‘Magic’ Escobar played by Miguel Gomez. 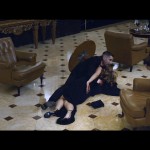 Tragic scene and loss of wife 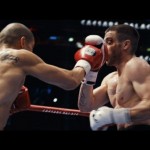 Now his backs against the wall 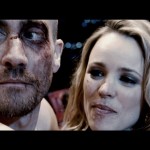 “Southpaw” follows the fall and rise of professional boxer Billy Hope. At the height of his career with a 43-0 record, Billy is ready to give it all up for the future of his family. Miguel Escobar a hungry fighter wanting his shot at the title persists to antagonise Billy until both fighters and their entourages clash.  The bizarre incident ends with the death of his wife Maureen, who is also mother to their child, Leila.

Grief stricken from the passing of his wife Billy goes into a downward spiral and isolates himself from everyone including his daughter. After a court deems him unfit to look after his child, Leila ends up faced with a similar fate her parents had -growing up in a care home.

Now with something to fight for Billy seeks the help of ex-pro coach, Tick Wills. Hesitant at first, Tick agrees to train him under the condition that he protects himself and a vulnerable pre-existing injury.

Meanwhile,  fight promoter Jordan Manes seizes the opportunity to sell a revenge bout between Billy and Miguel Escobar. Tick warns Billy of Jordan’s intentions but he accepts Billy’s terms believing the fight will end it all. Everything is left to the ring which gives this film’s well constructed boxing scenes their chance to shine. 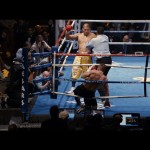 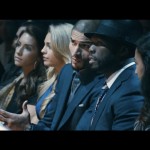 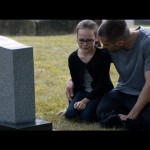 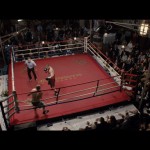 Billys got Buzzsaw Brady on the ropes

There are a total of four fight scenes in “Southpaw”, which demonstrates Billy’s development as a fighter. In the first scene our boxer fights like a brawler looking for the knockout punch. He eats more punches than he lands and relies on his rage and strength to win the bout.

The transformation in our fighter begins at Wills’ gym. Going back to basics, Billy is taught the value of a good defence. Learning how to fight with Wills’ technique, viewers of a martial arts background are able to relate to the blood, guts, sheer hard work and determination the contender displays.

In a charity bout which turns out to be a fine action scene in itself, we see our boxer put his new skills to the test as he ducks, dodges and counters his opponent. Billy proves he’s almost a new fighter; no longer a wildcard but transforming into a disciplined marksman.

The last fight scene contains the elements of a climactic fight scene as you’d expect with both actors giving a colourful and full bodied representation of boxing along with the solid thumps of realism.

The trading of blows in this slug out finale look genuine and necessary given the heated emotions behind this socially charged hyped-up fight. Both fighters move like professional boxers and the footwork on display is well thought out. The fight goes the distance giving the audience (and us) lots of bang for our buck. 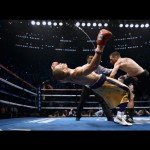 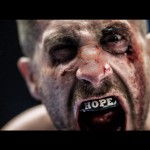 “Southpaw” portrays the boxing industry in quite an authentic way, from dishonest fight promoters to doubtful officials’ decisions. The story grabs your attention from the start keeping you engaged and pretty well stuck to your seat until the end credits. It’s the roller coaster of emotions that makes this film absorbing; “Rocky” and “Raging Bull” it may not be, but it’s a decent ‘feel good’ flick on its own terms.  This should inspire ring fighters and martial artists to get back in the gym or intensify their training!

By Any Name teaser trailer arrives!

Kiays Khalil grew up in the 90's along with a boldly emerging new era of great martial arts action films. The second eldest of six children, his passion for the arts began with karate classes as a child. His curiosity grew as he moved through to study jiu jitsu and wing chun. Now he boxes with his three brothers at his local amateur boxing club. He has experience reporting on sensitive subjects from the Middle East and the Gulf. He now combines ambition and aspiration in his role as a martial arts journalist and is keen to share his knowledge and journey with people from all corners of the globe.