The King of the Kickboxers Trailer

No Retreat, No Surrender II Trailer

Showing off in the splits

Shooting to kill in No Retreat No Surrender II

Lorens incredible high kicks and talent got him noticed

Loren plays the renegade cop in King of the Kickboxers 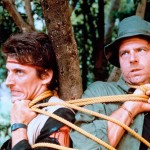 Loren in a tight situation in No Retreat No Surrender II

Loren gets the girl in King of the Kickboxers

Loren enjoying being in the split position 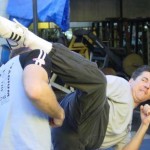 Every martial arts movie has its classic training montage

Drinking tea with his master played by Keith Cooke in KOTKBs 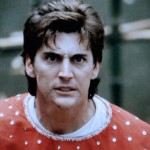 Although Emily had spent a year learning Shotokan Karate as a teenager, she spent three months at a martial arts school in the Fujian province of China and discovered her passion for kung fu! She practiced White Crane style, returning for a full year to learn Yang and Sun style Tai Chi as well as Ba Gua and Xing Yi Fist, Bai Ji Fist and weapon forms. Emily spends her free time perfecting her Tai Chi and hopes to teach it one day. Her favourite Kung Fu movie is The Grandmaster, but she also loves Kung Fu Panda, and has seen it more times than she would like to admit!