“Acclaimed action star Phillip Rhee is back!”, proclaims the trailer for “Best of the Best: Without Warning”, and only the evildoers on the receiving ends of his mighty fists of fury could find that prospect remotely objectionable. Returning to his signature role of Tommy Lee along with stepping into the director’s chair for the second time, Phillip Rhee delivers a solid KO punch with the final film in the “Best of the Best” series, along with displaying his solid mastery of martial arts filmmaking once more!

Following his adventures in the first three Best of the Best films, martial arts champion Tommy Lee now teaches self-defense to the officers of the LAPD.

Tommy makes what should be a routine stop at a local convenience store when the store owner’s daughter, Mickey is chased in by a duo of shotgun-wielding bikers. Although Mickey is killed, Tommy manages to fight off the two attackers. Unbeknownst to Tommy, however, Mickey’s pursuers were in the employ of the vicious Russian gangster Yuri, whose underlings had just stolen a currency disc for the U.S. Treasury Department from an armored truck. 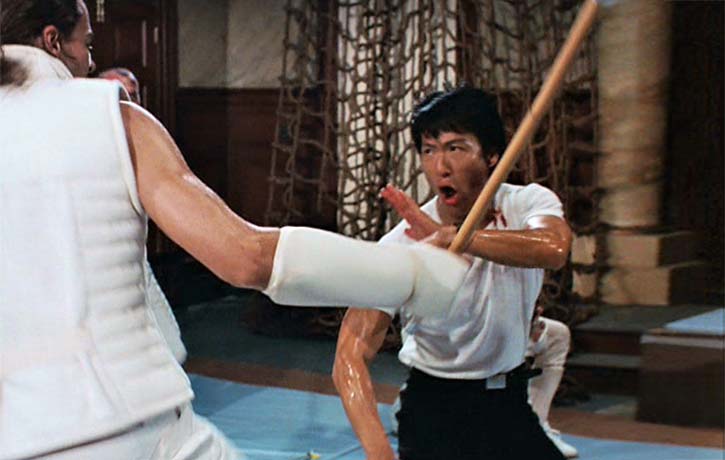 Mickey had managed to steal the disc from the mob, and slipped it into Tommy’s jacket pocket before being killed. Unfortunately, the mobsters manage to trace the disc to Tommy, forcing him to go on the run with his young daughter, Stephanie, while at the same time running afoul of LAPD Detective Gresko, who believes Tommy to be involved in the heist.

As was the case with its immediate predecessor, “Best of the Best: Without Warning” positions itself as a stand-alone entry in the franchise, with nary a mention of Tommy Lee’s past adventures battling Neo-Nazis or conquering the arena of death that was The Coliseum.

Indeed, in some ways, “Without Warning” takes the “loner kid too-cool-for-school” attitude of “Best of the Best 3” and goes even further with it. It also establishes Tommy as a single father – and if his young daughter’s age is any indication, it’s been at least seven years since Tommy brought down the white supremacist group terrorizing the Deep South town of Liberty.

Tommy holds his foes at bay

As with its predecessor, none of that is meant to be a criticism of “Without Warning”, but an observation of the approach Phillip Rhee has adopted in his second turn at bat. In retaining Tommy Lee as its main protagonist, the film is linked to the first three Best of the Best films by default, but charts its own path without feeling any obligation to be informed or influenced by what’s come before. In taking such an approach to directing, Phillip grants “Without Warning” and its predecessor more freedom to dance to the beat of their own respective drum, and gives audiences more leeway to jump into the series with whatever film they come across first – and ultimately makes Tommy’s life one of constant death-defiance and encounters with the most hardcore of crime lords and evildoers. No wonder he handles being held up at gunpoint by Russian mobsters in the convenience store so well, this is all literally just another day at the office for him!

On that note, you of course, want to know if “Without Warning” meet the quota for butt-kicking that the Best of the Best series is known and loved for, and the answer is a solid “You betcha!” It must still be noted that “Without Warning” is burdened with the same challenge imposed on the series since “Best of the Best 2”; that of giving Tommy opponents capable of posing a convincing threat towards him after his defeat of the ultimate mountain of muscle that was Brakus.

However, perhaps due to its director and leading man being cognizant of that very issue himself, “Without Warning” meets that challenge with considerably more ease than the previous film. As with “Best of the Best 3”, the film largely pits Tommy against groups of opponents, but this time, they’re by and large assassins and trained martial artists more capable of holding their own. The first brawl in the convenience store displays just how consistent Phillip Rhee’s mastery of martial arts action has remained since the series’ inception, and ends on a wince-inducing elbow-snap that no viewer will make it past without letting out an audible “Oooooohh!” 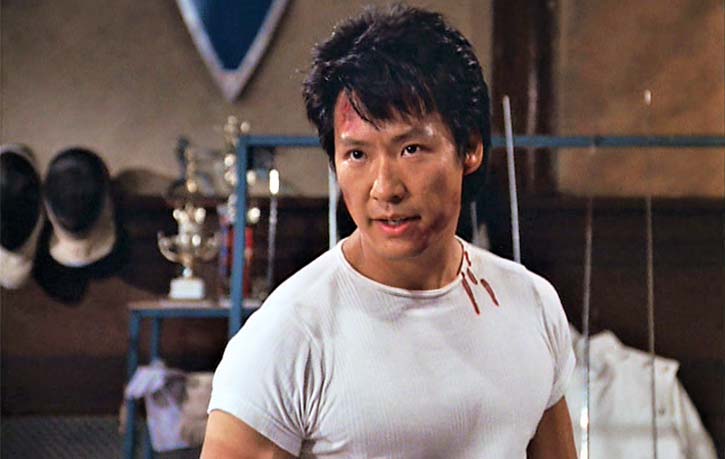 Tommy later finds himself forced to defend himself and Stephanie when the Russian gangsters track him down to his apartment, leading to a suspense-filled battle in the dark as Tommy takes down each of the invaders one-by-one like a ninja. However, the centerpiece of the film, by far, is Tommy’s match-up with a gym full of stick-wielding baddies, where, for the first time in the series, Phillip gets to blend some stick and sword play with his Taekwondo kicks and Hapkido throws.

There’s even a nice little throw away moment right in the middle where Tommy, already armed with one stick, disarms a second from one of his foes, and, as if he were a headmaster summoning his students to attention in a dojang, slams both against the gym mats on the floor twice before continuing to engage his adversaries!

The airport finale doesn’t quite rise to the same level of excitement, but does see a decent squaring off between Tommy and Yuri before wrapping things up. The real finale –spoiler alert!- comes over the credits, as Tommy displays an array of self-defense techniques against his LAPD students in slow motion – and with an almost angelic accompanying soundtrack gives a genuinely satisfying curtain call for the Best of the Best series.

As the final film in the “Best of the Best” franchise, “Without Warning” takes the series out on an overall high note. The film improves upon its predecessor in meeting the ‘villain challenge’ accidentally created for the series by “Best of the Best 2”. And while that film remains the peak of the franchise, “Without Warning” will satisfy both action lovers and fans of the series alike with excellent action sequences and plenty of sardonic banter between Phillip Rhee and Ernie Hudson – the king of charisma that he is, and my favourite Ghostbuster, I might add!

Tommy with the hook kick

Yuri and Lukass about to pull off a massive heist

Detective Gresko wants Tommy to stay out of his investigation

Way of the intercepting spinning back kick

20 years on…What are your fave fights and moments from Best of the Best 4?  Excited to see Phillip Rhee’s upcoming “Best of the Best” reboot, how do you imagine it turning out? Let us know in the comments below; Like, share and join in the conversation with us on Facebook  and follow us on Twitter & Instagram. (Get your Best of FU on with our other movie reviews!)