MMA may be a relatively young sport, but it’s evolving at an exponential rate. It’s not barbaric fighting, rather the fastest-rising sport on the globe. Every time a high school or a college student watches a UFC, Bellator, or One Championship event for the very first time, they are amazed by the MMA fighter’s unique set of skills. 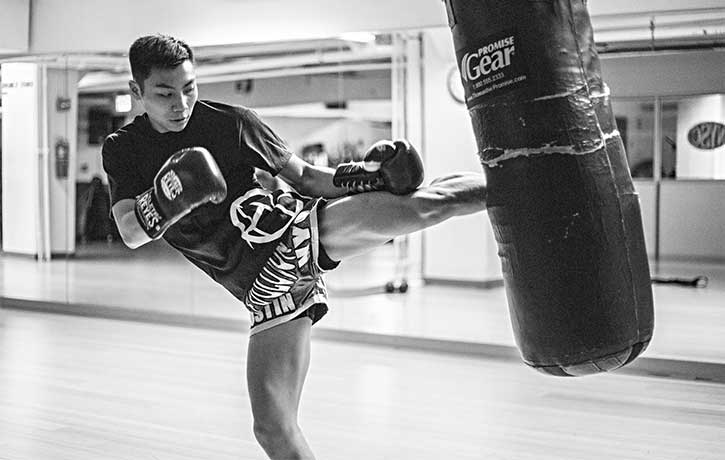 Carwin is a prominent fighter and one of the most well-known MMA role models, and it’s not just his fighting skills that have inspired students. Carwin has two degrees to his name. One from the Colorado School of Mines majoring in Mechanical Engineering – hence the name “The Engineer”, – and the other a Bachelor’s degree from the Western State College in Environmental Technology.

He proves that despite being a remarkable fighter, education still plays a key role in his life. For an MMA student who follows his example, this is a valuable lesson to learn. Despite being busy with training, you still have to find time to do and hopefully excel at every school project.

Many students need help with assignments due to their packed schedules, so they may turn to a professional essay writer to help them with drafts, references and complex calculations. This is a practical strategy when you want to progress with your academic studies and still keep up with your training schedule.

Besides, by working on a complex homework assignment, you will learn how to integrate that knowledge into new concepts. For example, studying maths or physics can help you predict the trajectory and power of a punch as an MMA fighter. As you can see from Carwin’s example, finishing your education should be a priority, no matter which specific career path you take in life.

For many fans, Sonnen is considered one of the greatest MMA fighters of all time. His opponents had excellent middleweight rankings. Having won noteworthy victories against former champions like Michael Bisping, Maurício Rua, and Quinton Jackson, he definitely made a name for himself.

But, Sonnen is not all brawn without brain, far from it. He has a Bachelor Science degree in sociology. He finished his studies at the University of Oregon, a flagship institution that offers top-quality education. Before fighting MMA champions, he was a real estate consultant who even took a shot at politics.

If you’re familiar with Japanese MMA, then you’ve certainly heard of Mizugaki. He is a gem among MMA fighters.

He graduated from Kanto Gakuin University with a Master’s in Electrical Engineering. Mizugaki competed in the Bantamweight division of the UFC. The fighter retired from the ring in 2019 to pursue his Engineering career.

This is another well-known MMA fighter who found remarkable success. Having been in the ring, few fans would imagine he was also working as a therapist!

That’s because Monson had a Master’s and Bachelor’s in Psychology. He also has previous working experience as a mental health professional. His most notable comments revolve around his open pro-peace and anti-war sentiments.

Franklin won the UFC Middleweight Championship. This was one of the best moments in his career and the crowning achievement of his hard-earned effort. He became a professional MMA fighter at the age of 25, and there is a reason behind why he started so late.

He was busy getting his Master’s in Education and Bachelor’s in Mathematics. So, while others were training for the ring, he made sure to stay practical and finish every course, lesson, and class before he too would pursue his dream to become an MMA fighter.

Every MMA fighter is unique. They all have different stories, goals and aspirations in life. But, when it comes to education, getting a career is still important for many. That’s why these famous fighters put in the extra effort to finish their studies before building their MMA career.

This has helped them find success in various fields even when they retire from fighting. Students who want to follow in their footsteps can always take some inspiration from fighters such as these.

Jorge Masvidal: Inside the Mind of a Real-Life Street Fighter