An elite special commando ops team head to a South African jungle to kidnap a group of scientists who are working on a new type of natural compound. A fraction of this natural material has sufficient energy to power a town and has the explosive energy of a nuclear weapon. Upon completing their mission, they are double-crossed and the helicopter is rigged to crash into the African desert. Only one secret agent survives but after falling from the helicopter just moments before impact, he wakes up amid an African tribe with no recollection what happened or who he is! Rediscovering who he is and what had happened, he begins to get chased by the police, special mercenary units and other agency operatives with no clear idea why.

And for my next trick 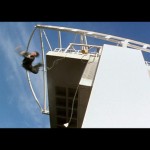 Can I Take Your Coat Sir

FACEPLANT I Hope This Doesnt End Up On YouTube

I Have the Most Monstrous Migraine 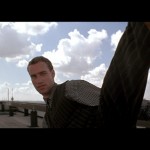 After the discovery of a highly volatile energy compound, several scientists are kidnapped in the secluded location of the South African jungle by a multinational elite special commando ops team. They take custody of the scientist and extract the discovered unknown compound. One of the elite commando units is a Hong Kong operative (Jackie Chan). With their mission objective complete, the scientists are taken and the unit regroup in their assigned helicopter. The special unit victory is short lived however when they realize that they had been doubled crossed by two of their own team members. With the helicopter controls disabled, the chopper heads for a collision course in the desert…

The head of the CIA assigns Morgan to lead the investigation, however they are all unaware that Morgan and Lieutenant General Sherman who have just retired have orchestrated the treacherous act, including abduction of the scientists and the compound for their own profitable gain. Curious about the whole incident and the possibility of a CIA agent going rouge, the head of the CIA assigns another operation from an outside operative in South Africa. Jackie Chan wakes-up bruised and broken legged somewhere in a tribal village in African desert. Having sustained amnesia from the accident, Chan is struggles to recall the events of the double cross and even his own identity. When asked by the natives what his name is, his only answer is: “Who Am I?!” and they, not understanding any English, the natives assume that’s Chan’s name! Slowly recovering from the crash the natives show what’s left of the helicopter and the graves of his follow team members that perished on board. Over the next few weeks, ‘Who am I’ heals his wounds and learns the way of the tribe’s culture eventually becoming a member himself. Discovering a few rally cars over the horizon, ‘Who am I’, bids farewell and journeys back to civilization. He finds navigator Yuki’s brother bitten by a snake and offers to help and drives the rally car back to the finish line where he is greeted like a hero.

Reaching Johannesburg, he is seen as a hero and meets journalist Christine Stark, who is sent by the news agency to gather the scoop on his heroic endeavour. Morgan pretends to be an ally of Who am I, however simultaneously sends a hitman team to dispense with him. Christine, Yuki and Who am I team-up and after literally, narrowly drifting their way to freedom they escape the henchmen and Christine cracks the secret code written in a matchbook discovered on an operative that doubled- crossed Who am I. The cracked code leads Christine and Who am I, to Rotterdam in the Netherlands. This is the last bit of information they have to truly discover the identity of Who am I.

Just outside the Willemswerf building in Rotterdam, Who am I realises that Christine is actually an undercover CIA agent. Unable to trust anyone, Who am I sets off to infiltrate the Willemswerf building alone. He then discovers that Morgan and Lieutenant General Sherman mastered the plan of kidnapping the scientists and discovering that a small piece of the compound has enough energy to run a town, however a larger portion makes the compound highly volatile and has enough energy to be used for weapons which they intend to sell to a powerful arms dealer. While the deal is made and the millions of dollars are transferring to an online bank account, Who am I decides to sneak inside the conference room, steal the disc that contains all the vital information and redirects the funds to a children’s charity account! Who am I escapes the building and begins to pursue the fleeing Morgan. He regroups with CIA agent Christine who has an entire military armada forcing Morgan to surrender at the Erasmus Bridge. Morgan is arrested and Christine asks for the disc however, Who am I throws the disc off the bridge saying, “leave nature alone!”, and returns back to Africa.

Let Me Help You Tie Your Shoelace

That Was an Narrow Escape

The Need to Drift

As in most of Jackie’s films, Who am I shows once again, Jackie performing amazing escape routes that would even leave Harry Houdini perplexed. Using a bucket, rope and spinning down five floors to safety there’s no end to what Jackie has up his sleeve! No Jackie Chan film is ever complete without seeing him jump, building-to-building and parkour room to room, and up and down construction sites using the environment to his advantage! Even massive skyscrapers like the Willemswerf building are just slips and slides for Jackie Chan. There is no end to the numerous, creative ways that Jackie may employ in his escape and watching Who Am I, it really does begin to show his dazzling history of martial artistry, stuntman extraordinaire combined with his insane free- running skills!

Do you have the need to drift? Then, Who Am I? is for you! It has one of the most brilliant car chase scenes! Performing amazing driving stunts, the chase scene between Jackie, Yuki and Christine trying to get away from Morgan’s henchmen is one of best 90’s car chase films by far! Just watching that Mitsubishi Lancer perform the 180 degree bootleg turn and reverse into an empty parking spot and watching the police just drive by…a CLASSIC getaway! The chase scene is both extravagant and beautifully imaginative, watching the awesome power of German BMW engineering chase the Japanese Mitsubishi, gliding and ripping its tires through the streets of Johannesburg seems like awesome fun! The entire chase was performed by actors, real stuntmen, manpower, actual driving skills with precision timing, skill and the caution of potential danger! There is overall a brilliant atmosphere of thrilling suspense, action and comedy –result, a great chase scene that you wouldn’t see much the like of nowadays!

As the film draws develops we never seem to see much martial arts. We see Jackie’s amazing Spidermanesque parkour skills jumping from building, to room, to car park and somehow back onto another rooftop…! However all is not lost, the Willemswerf rooftop fight sequence makes up for this with some high energy kickboxing mayhem! The last fight sequence between Jackie Chan, Morgan’s henchmen and Dutch Kickboxing champion, Ron Smoorenburg, is both a comedic and breathtaking performance! With such a huge space, the fight chorography between the three definitely makes amazing use of the entire rooftop. Two against one, Chan’s frantic speed and stunning accuracy is emphasised in last fight scene featuring the traditional Jackie Chan defence style with both henchmen trying to grab the disc, and then losing or dropping it in the process!

Written, directed and staring Jackie Chan, Who Am I? is one of Jackie’s most underrated films. It is a movie in which Jackie employs his great 90’s action story with vigour, imaginative directing skills coupled with phenomenal choreography in both, vehicle stunt and fighting scenes!

There Something On Your Face. . . 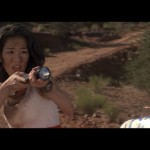 Yuki and The Power of the Flashlight

Whats the Worst That Can Happen

This Is The Best Slip and Slide EVER