An urban coming-of-age story meets a modern fable of ‘the chosen one’ in “Son of Shaolin”, an enthralling and captivating kung-fu comic-book adventure with some of the most stunningly gorgeous artwork you’ll find in any comic shop today!

In the pages of “Son of Shaolin”, our hero Kyrie is a struggling street artist in Harlem, only to find himself the target of a bloodthirsty vigilante known only as “The Red Fist”. However, Kyrie finds an ally in the form the mysterious Master Fong, who reveals that Kyrie is the last descendant of the Five Shaolin Elders, whose combined might could grant unlimited power over the elements to a single user and possibly spell doom for the world. Knowing that the spirit of a warrior lies within him, Master Fong trains Kyrie in kung fu to keep the power of the Shaolin bloodline from falling to the vengeful hands of The Red Fist. 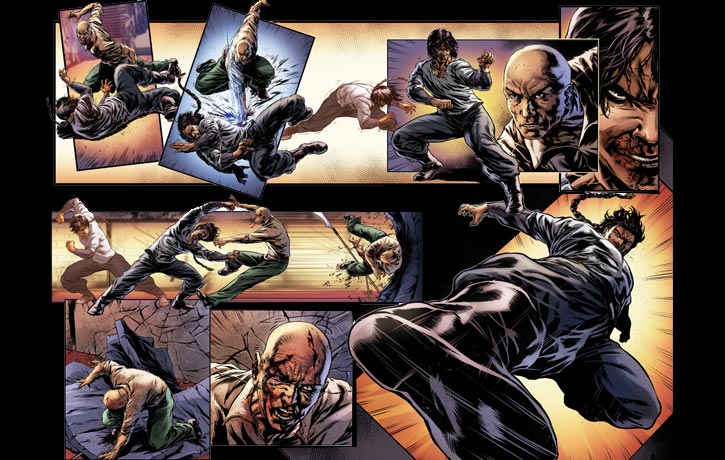 Readers won’t have to flip more than two or three pages into “Son of Shaolin” to quickly realize that Canaan White is one of the best artists in comics today.

Every panel, every illustration is gorgeously and vividly realized, the colours of each page all but jumping out and smacking the reader across the face. He also puts serious attention to detail to the fight and training sequences, with Kyrie, Red Fist, and Master Fong always seen in perfectly rendered money shots capturing kicks, punches, stance work and weapon usage that consistently look like they belong on the poster of the next upcoming Donnie Yen film.

The only real downside, which is largely circumstantial, is that while Kyrie’s training under Master Fong plays out as a two-page spread montage, the difference in the medium from training sequences in a martial arts film means that Kyrie’s training might feel like it’s gone by in the blink of an eye for some readers. Writer Jay Longino also throws a solid twist at the reader when the climax rolls around and gives Kyrie the opportunity for growth beyond his humble upbringing, along with setting the stage for the next chapter of our young hero’s eye-opening adventures. 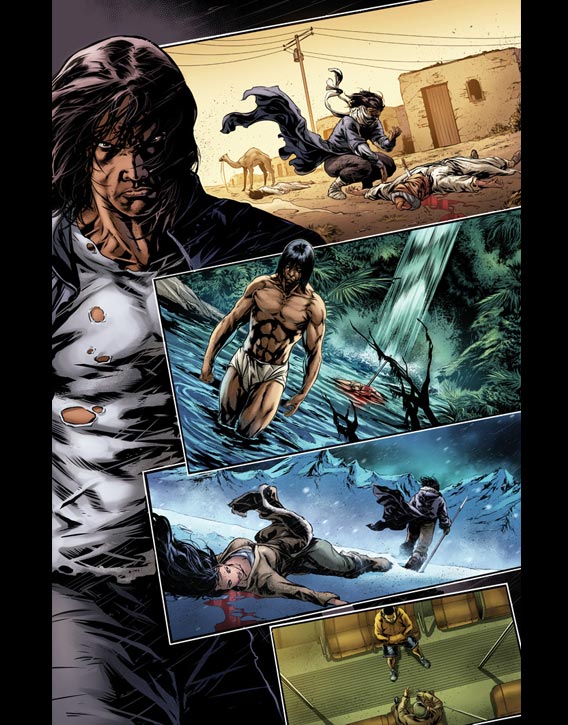 With some of the most magnificent artwork you’ll come across on a comic book shelf today together with an enthralling story of a young man who realizes his legacy in a lineage of warriors, “Son of Shaolin” is a must for any self-respecting comic book or martial arts fan. We may not know where Kyrie’s journey will take him by the time the final panel arrives, but every reader is most certainly going to want to join him for the epic ride!

Kyrie stands his ground against a powerful enemy

What we'd like to see in "Iron Fist" Season Two